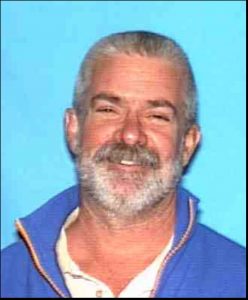 ANGELES NATIONAL FOREST >> The search for a La Puente man who disappeared during a hiking trip in the Angeles National Forest north of Sierra Madre came to a tragic end Saturday when officials discovered the man’s body near the base of Hermit Falls, authorities said.
Avid outdoorsman John Richard King, 63, left his home in La Puente on Thursday morning and never returned, according to Deputy Guillermina Saldana of the Los Angeles County sheriff’s Information Bureau said.
His family reported him missing after he failed to return home Thursday night, as planned, officials said.
King’s car was found in the parking area of Chantry Flat, and sheriff’s search and rescue team members launched a search of the area that continued all day Friday.
The searchers discovered King’s body near the base of Hermit Falls about noon, Sgt. Alan Lie of the sheriff’s Temple Station said.
Homicide detectives and coroner’s officials were summoned to the scene to continue the investigation.
“Detectives report his body was found in the water below Hermit Falls by the Antelope Valley Search and Rescue Team,” according to Deputy Ruan Rouzan of the sheriff’s information Bureau. “It appears Mr. King, while hiking, slipped and fell approximately 40 feet into the water.”
“There appears to be no foul play, and the fall was accidental,” Rouzan said. “Mr. King’s family arrived on scene to positively identify his body.”
No further details were available.