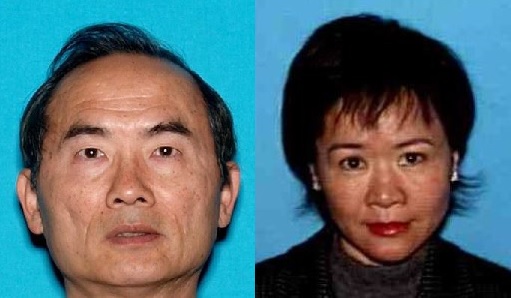 DIAMOND BAR >> Detectives have circulated flyers seeking information on the unsolved “brutal” stabbing deaths of a couple inside their Diamond Bar home earlier this month.
Chen “David” Long Wang, 60, and his wife Mei “Marian” Chu Chung, 57, were discovered fatally stabbed on the morning of Oct. 20 inside their home in the 3300 block of Bent Twig Lane, according to Los Angeles County sheriff’s and coroner’s officials.
“Sometime between Wednesday, October 19, 2016 at 7 p,m. and Thursday October 20, 2016 at 9 a.m., avid table tennis player and retired father of two, victim “David” Cheng Long Wang ,was brutally murdered in his Diamond Bar home along with his wife, victim “Marian” Mei Chu Chung,” sheriff’s officials said in a written statement.
Neighbors described Chung as an art teacher who taught classes out of her home.
After more than a week of investigation but no suspect in custody, detectives reached out to the public for assistance in solving the double slaying.
Officials this week have been handing out flyers featuring information about the crime and pictures of the victim in hopes of generating tips, Lt. John Corina of the sheriff’s homicide Bureau said.
“Detectives are seeking the public’s assistance and are asking any witnesses or anyone with information to call the Los Angeles County Sheriff’s Department Homicide Bureau,” sheriff’s officials said in a written statement.
Wang and Chung are survived by two college-age children, officials said.
One of the children called a friend to check on the couple after not hearing from them for a while, Corina said. The friend went to the home and discovered the victims’ bodies.
Corina said there were signs of a struggle inside the home, but there were no indications the couple had been robbed. The motive in the double-fatal stabbing remained a mystery.
The bodies of Wang and Chung were found in different rooms in the house, officials said. The weapon used in the killings has not been recovered.
Anyone with information is urged to contact the sheriff’s Homicide Bureau at 323-890-5500. Tips may also be submitted anonymously to L.A. Regional Crime Stoppers at 800-222-8477. 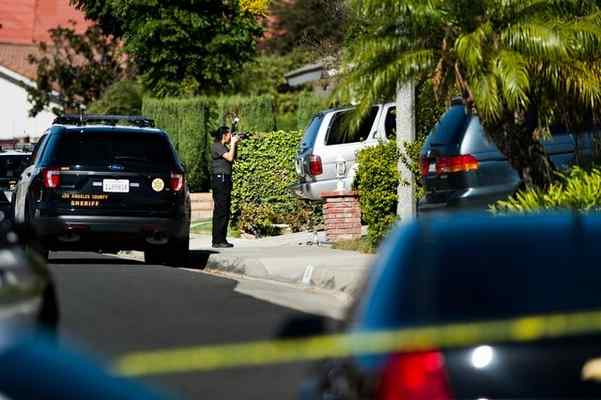