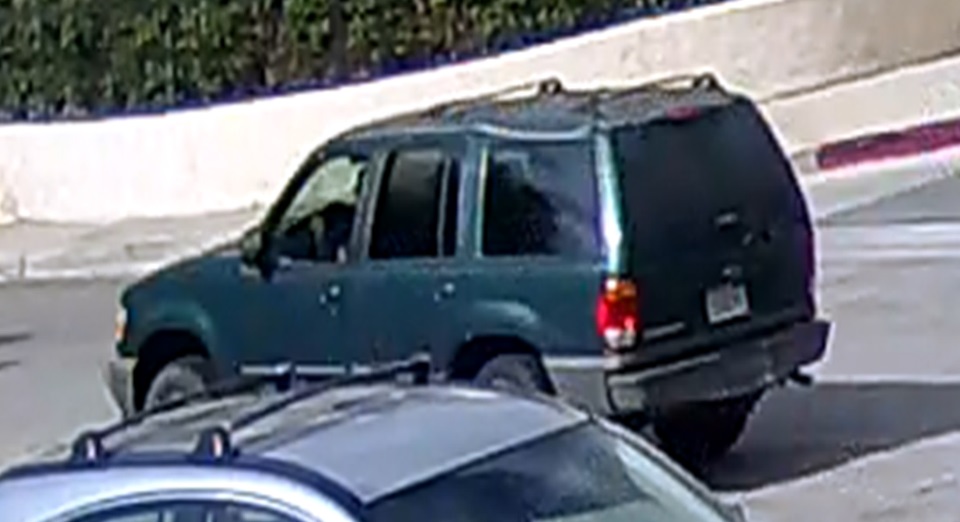 WHITTIER >> Police are seeking a trio of carjackers who made off with an elderly man’s car following a minor traffic collision in Whittier on Tuesday morning, officials said.
The crime took place about 10:30 a.m. as the victim was driving in the 15700 block of Mar Vista Street, Whittier police officials said in a written statement.
“The victim was followed by and older model green (Ford) Explorer,” according to the statement. “The explorer rear-ended the victim vehicle, causing the victim to exit his vehicle to exchange information. Two male subjects exited the rear of the Ford explorer and drove off with the victim’s vehicle.”
The driver of the Ford SUV sped away as well, police said.
Detailed suspect descriptions were not available. They were riding in a green, older-model Ford Explorer with gray bumpers and oxidation on the hood and roof.
Police obtained images of the suspects’ SUV.
The stolen car — a gray, four-door, 2012 Toyota Avalon with a California license plate of 6VPU334 and a missing rear bumper — remained missing Thursday, Whittier police Officer John Scoggins said.
Anyone with information is asked to contact Whittier police Detective Jose Bolanos at 562-567-9281, or the Whittier Police Department’s crime tip hotline at 562-567-9299. 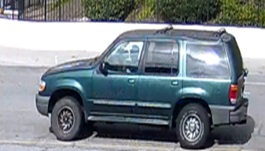