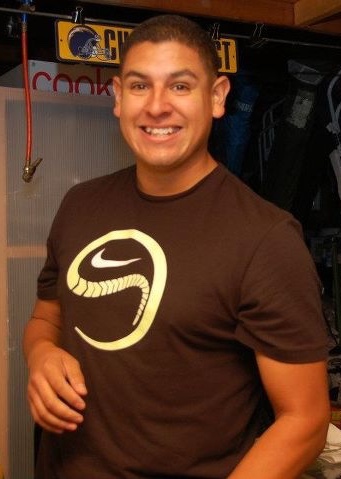 DIAMOND BAR >> Services have been scheduled for a 33-year-old Baldwin Park man who died last week when the car he was riding in with his wife was rear-ended by a pickup truck on the transition road between the 60 and 57 freeways.
Rodolfo “Rudy” Enrique Fuentes III died at the scene of the collision, which took place just before 5:50 a.m. on the westbound lanes of the 60 Freeway, where it merges with the 57 Freeway near Grand Avenue in Diamond Bar, according to California Highway Patrol and Los Angeles County coroner’s officials.
Visitation will be held from 4 p.m. to 8 p.m. on Jan. 13 at the Queen of Heaven Cemetery and Mortuary, 2161 S. Fullerton Road.
A funeral will be held from 9 a.m. to 10 a.m. on Jan. 14 at the same location, followed immediately by a graveside service.
Fuentes’ mother, Annamarie Fuentes, thanked the community for its compassion over the past difficult week.
“The love and support has been tremendous,” she said. “We as a family appreciate all the kindness and love we have received by all.”
Fuentes’ wife was riding as a passenger in the 2007 Honda Civic when it was struck from behind by a Ford F-150 pickup truck, CHP officials and family members said. She was treated for non-life-threatening injuries.
The driver and passenger of the pickup truck declined medical treatment, CHP Officer Rodrigo Jimenez said.
The cause of the crash remains under investigation by the CHP’s Baldwin Park-area office.