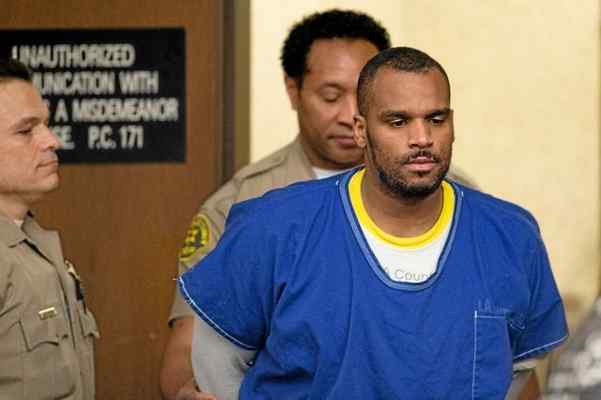 SAN GABRIEL >> A jury convicted a Pasadena man of murder and other charges on Thursday for fatally shooting his own sister, and attempting to shoot her 13-year-old son, at their San Gabriel home after the sister criticized him for physically abusing his then-girlfriend, officials said.
A jury in Alhambra convicted Johnny Goins, 32, of first-degree murder, attempted murder and two counts of shooting at an inhabited dwelling for the March 5, 2015, attack at the victims’ apartment in the 5100 block of Rosemead Boulevard, in an unincorporated county area just east of San Gabriel, Los Angeles County District Attorney’s Office spokeswoman Sarah Ardalani said in a written statement. The jury also found true the special allegation that he personally and intentionally discharged a firearm during the crime.
Tanaya Goins, 32, died after Goins arrived at her apartment about 6:40 a.m. and opened fire, Lt. Dave Dolson of the Los Angeles County Sheriff’s Homicide Bureau said shortly after the slaying.
Tanaya Goins was shot in the head and torso, officials said. Paramedics pronounced her dead at the scene. Her 13-year-son, the shooter’s nephew, was wounded in the arm.
Goins carried out the shooting because he was enraged by a text message conversation his sister had with his then-girlfriend.
“According to evidence presented at trial, Johnny Goins’ girlfriend alerted Tanaya Goins that the defendant had tried to suffocate her,” according to Ardalani. “In a series of text messages, the girlfriend also stated that the defendant told her he suffered from post-traumatic stress disorder because he experienced violence as a child.
“Tanaya Goins told the girlfriend that her brother did not suffer child abuse and that he should not be assaulting women,” Ardalani said.
This prompted Johnny Goins to arm himself with a revolver and head to her apartment, where he fired a volley of shots through the front door and window.
Detectives identified Johnny Goins as the suspect and arrested him in Moreno Valley later the same day.
Ardalani said Goins faces up to 77 years to life in state prison when he returns to court for sentencing on April 6. 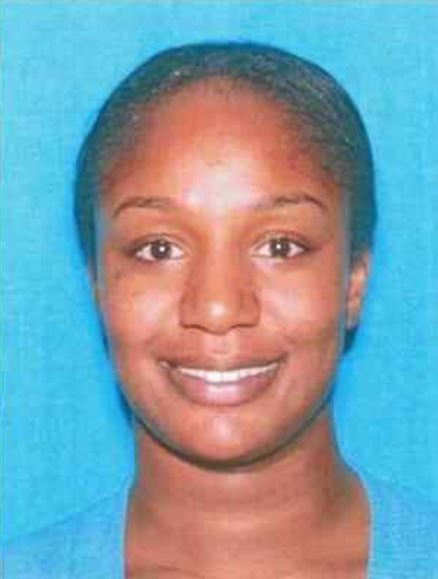 PHOTOS: [ABOVE] Johnny Goins in court during an arraignment hearing on March 9, 2015. (By Watchara Phomicinda)  [BELOW] Tanaya Goins (Courtesy)