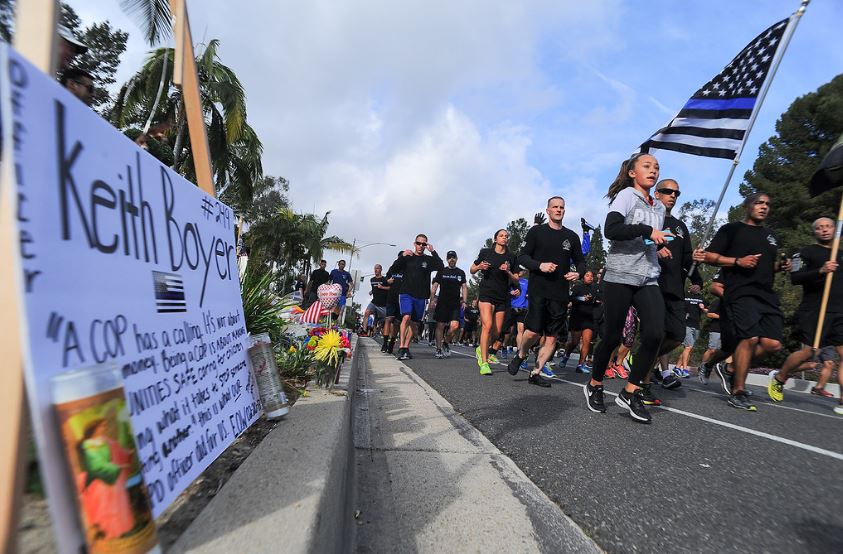 WHITTIER >> What was originally planned as a small training run in honor of slain Whittier police Officer Whittier Boyer swelled into a memorial run that attracted about 400 people who wanted to pay tribute to the fallen lawman in Whittier on Sunday.
The run went from the Los Angeles County Sheriff’s Department’s STARS Center in Whittier to the scene of Boyer’s fatal Feb. 20 shooting at Colima Road and Mar Vista Avenue in Whittier. Law enforcement officers, cadets, Explorer Scouts and supporters of law enforcement from throughout Southern California laced up their running shoes to show their respect for Boyer’s service and sacrifice.
PHOTOS: Hundreds run in honor of slain Whittier police officer
It began as a training run intended for members of the Los Angeles County Sheriff’s Department’s Lakewood Station Baker to Vegas relay team, according to Deputy Jason Colon, who serves as the team’s captain. Before joining the sheriff’s department, Colon began his career as a Whittier police officer, where Officer Boyer served as one of his training officers.
“It was honestly going to start out as a training run for our team,” he said.
But the word of the planned run in honor of Boyer spread like wildfire, throughout Los Angeles County and beyond, he said.
Representatives from agencies throughout Los Angeles and Orange counties ultimately turned up in tribute to Boyer.
“Everyone was paying their respects and running in his honor,” Colon said. Community members waived in support of the runners from the roadside.
Once the group reached the shooting site, they paused for a moment of silence and a prayer. Runners also took up a collection to add to the fund benefitting Boyer’s family. 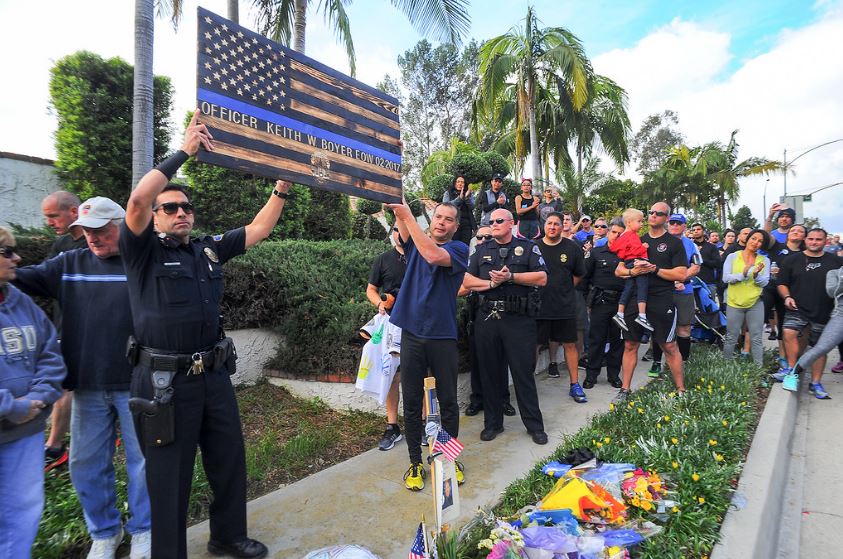 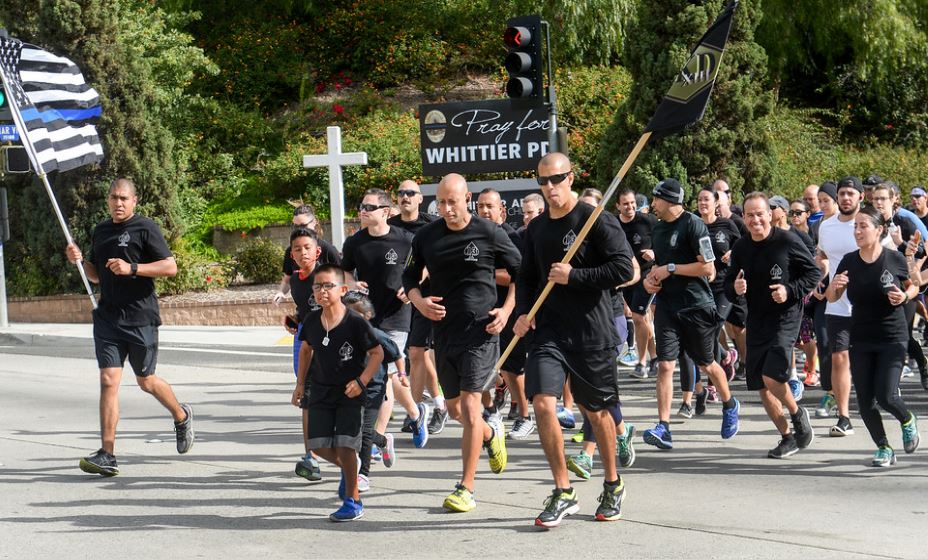 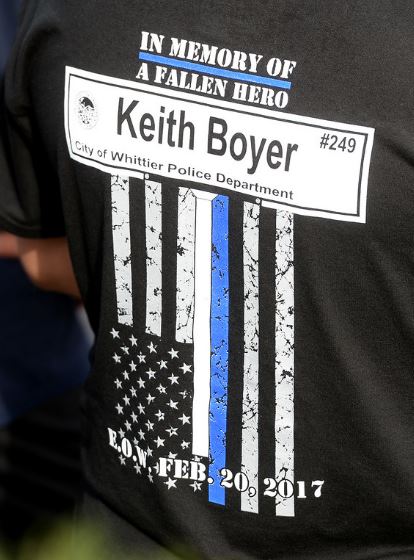