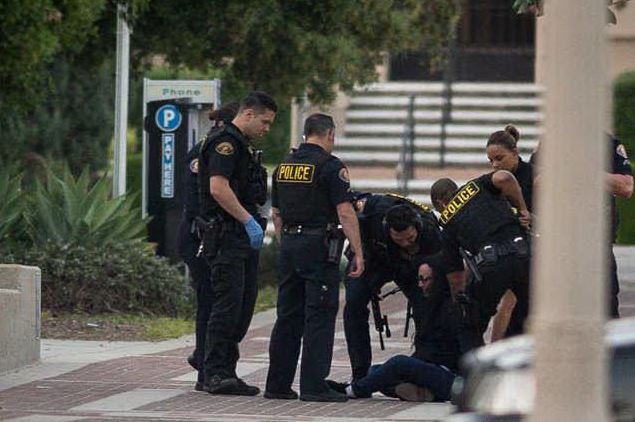 PASADENA >> A SWAT team detained a despondent woman who showed up at the Pasadena Police Department Thursday afternoon claiming to have a gun following a standoff that lasted for about more than an hour, authorities said.
The incident began shortly after 5:30 p.m. at the police station, 207 Garfield Ave., Pasadena Fire Department spokeswoman Lisa Derderian said.
SWAT officers on foot and in an armored vehicle approached the woman with guns drawn at the beginning of the standoff.
The woman claimed to have a gun, but none was seen, Pasadena police Sgt. Anthony Burgess said. The woman said she was feeling suicidal.
Officials locked down the nearby Pasadena Public Library, as well as City Hall and the courthouse, during the standoff.
Pasadena police Homeless Outreach-Psychiatric Evaluation Team members, as well as crisis negotiators, attempted to persuade the woman to surrender to police and accept help.
As darkness began to fall and the woman remained uncooperative, police shot her with less-lethal bean bag rounds and took her into custody without further incident, Lt. Tracey Ibarra said. No weapon was ultimately found.
She was taken to a hospital for examination, and was expected to be taken for psychiatric evaluation.
“The officers did an exceptional job,” Ibarra said 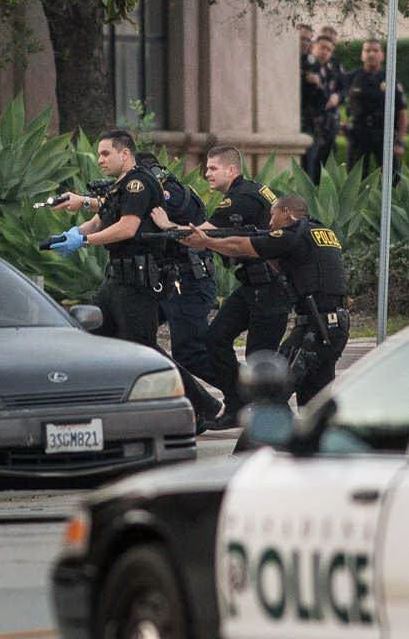