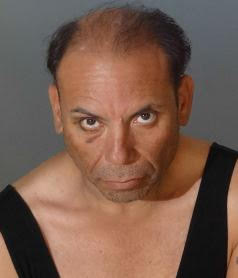 ARCADIA >> Police jailed a Whittier man Monday on suspicion of molesting a boy in the shower of an Arcadia gym, officials said.
The incident was reported just before 10:40 a.m. on March 20 at 24 Hour Fitness, 125 N. First Ave., according to Arcadia Police Department logs.
Police said the man first initiated a “sexually suggestive conversation” while in the spa with the boy.
“When the victim left to take a shower, the suspect followed him and groped him,” according to the log.
Police found and arrested Rodolfo Delgadill Cruz, 47, of Whittier on suspicion of child molestation, according to Arcadia police spokesman Tom LeVeque and Los Angeles County booking records.
Cruz pleaded not guilty to a charge of committing a lewd or lascivious act on a child under 14 years old on March 23 and is scheduled to return to the Pasadena branch of Los Angeles County Superior Court for a preliminary hearing setting on April 20, court records show.
In the meantime, he was being held in lieu of $100,000 bail at the Men’s Central Jail in Los Angeles.