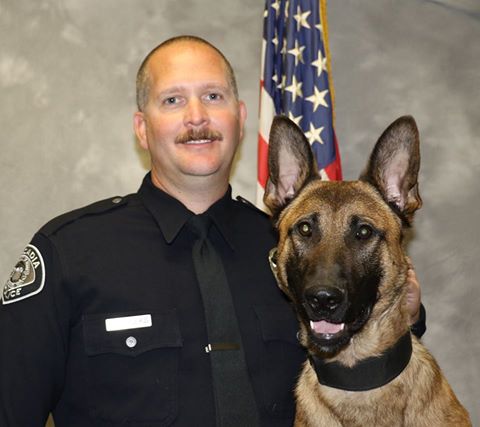 ARCADIA >> The Arcadia Police Department lone K-9 will be patrolling the city with a new bullet- and stab-resistant vest, thanks to an anonymous donor and non-profit group dedicated to keeping four-legged law enforcement officers safe.
Zoli, a not-quite-2-year-old German shepherd-Belgian Malinois mix partnered with Officer Josh Foulks, will receive his new gear in eight to ten weeks, Arcadia police officials said in a written statement.
The vest is being procured by an anonymous donor, through the national nonprofit organization Vested Interest in K9s. It will be embroidered with the phrase, “Born to love — Trained to serve — Loyal always.”
Zoli joined the Arcadia Police Department in November, becoming the department’s first K-9 in 12 years. He is cross-trained for both suspect apprehension drug detection.
Vested Interest in K9s is a charity organization founded in 2009 and based in Taunton, Massachusetts, with the mission of providing bullet- and stab-resistant vests to police dogs throughout the Unites States.
The vests, which are custom made Armor Express in Central Lake, Michigan, are valued at $1,795 to $2,234 each, Arcadia police officials said. Through Vested Interest in K9s, $1,050 must be raised for each vest supplied.
The organization has distributed more than 2,400 K9 vests in all 50 states, including many to San Gabriel Valley law enforcement agencies.
Eligible dogs must be actively employed by a U.S. law enforcement agency, certified and at least 20 months old. Both new applicants and dogs with vests that have passed their five-year expiration dates can participate.
For more information, visit Vested Interest in K9s at www.vik9s.org. 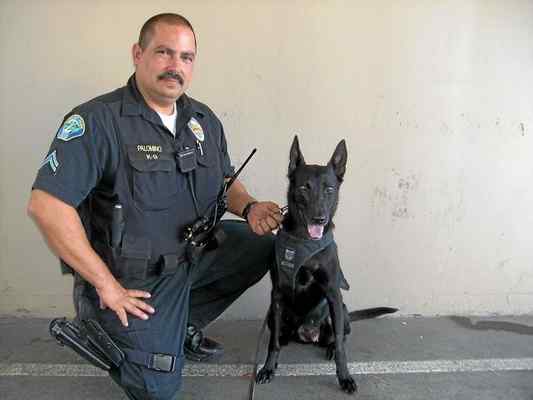