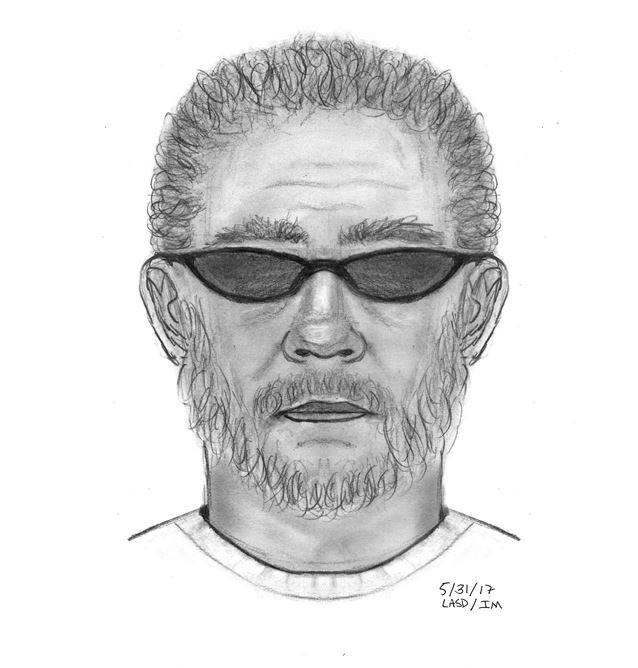 ALHAMBRA >> Police on Friday released a sketch of a man they are seeking following a suspicious encounter with a 13-year-old in which he tried to get her to get in his car last week.
The incident took place about 2:30 p.m. on March 22 as the victim was walking in the 800 block of Westminster Avenue, Alhambra police officials said in a written statement. The girl was walking to a friend’s house from Emery Park Elementary School.
A man approached in a black sedan and began asking the girl a series of questions,
“The subject asked the victim if she was lost, if he could help her, and ultimately asked the victim if she wanted to go with him,” according to the statement. “The child did not respond to the questions and walked up to the friend’s house without additional comments or contact from the male adult. The suspect re-entered the vehicle and left the area.”
The suspicious man was described as Latino, 50 to 60 years old, about 5 feet 10 inches tall, with dark-but-graying hair and a dull beard. He wore blue denim pants and a gray flannel shirt.
His car was a black sedan, possibly a Toyota, with ha 6- to 10-inch dent on the trunk. It had wires sticking out of a hole in the trunk area.
A second person, described only as a Latina woman over 40 years old, was also riding in the car as a passenger, officials said.
Anyone with information is asked to contact Alhambra police Sgt. Elizalde or Detective Montano at 626-570-5157. Tips may also be submitted anonymously online to L.A. Regional Crime Stoppers at 800-222-8477.