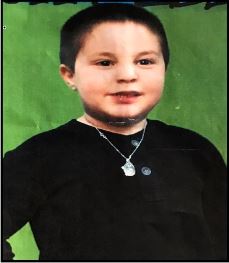 SOUTH PASADENA >> Police and sheriff’s officials continued searching Sunday for a 5-year-old boy who was reported missing after his father, who was responsible for the child, was found unconscious in a South Pasadena Park and arrested him.
Search and rescue teams, helicopters, search dogs, neighboring police agencies and the Los Angeles County Sheriff’s Department’s Missing Persons Detail have joined in the search for Aramazd Andressian Jr., which centered around Arroyo Park in South Pasadena, sheriff’s and South Pasadena police officials said.
The boy was last seen by his mother on April 15, when she turned him over to the custody his father, Aramazd Andressian Sr., during a child custody exchange at the Baldwin Park Police Department, according to Deputy Lisa Jansen of the sheriff’s Information Bureau. The parent’s are in the process of divorcing, officials added.
The boy’s mother last heard from him Tuesday, when she spoke with him via a “Skype” video call, South Pasadena police officials said.
Police in South Pasadena reportedly found the father passed out next to his parked car at the park about 6:30 a.m. Saturday. Officials took him to a hospital for examination before he was arrested. It was unclear why the man had lost consciousness.
The boy’s mother reported him missing later Saturday after Andressian Sr. failed to show up for his scheduled custody exchange, authorities said. He hasn’t been seen or heard from since.
“Aramazd Andressian Jr.’s family is very concerned and asking for the public’s assistance,” Jansen said.
Aramazd Andressian Sr. had been driving a gray, 2004 BMW four-door car with a California license plate of 5FIL646. Prior to his arrest, the vehicle was last reported seen in Orange County early Friday.
The father was said to be cooperative, but investigators expressed concern that he did not appear to be a crime victim but did not know the whereabouts of his son.
Aramazd Jr. is described as 41 inches, 55 pounds, with brown hair and brown eyes. He was last seen wearing a turquoise plaid shirt and plaid shorts and has a small mole on the bottom of his right shoulder.
Anyone with information is urged to contact South Pasadena police at 626-403-07270 or the sheriff’s Missing Persons Detail at 323-890-5500. Tips may also be submitted anonymously to L.A. Regional Crime Stoppers at 800-222-8477.
— City News Service contributed to this report. 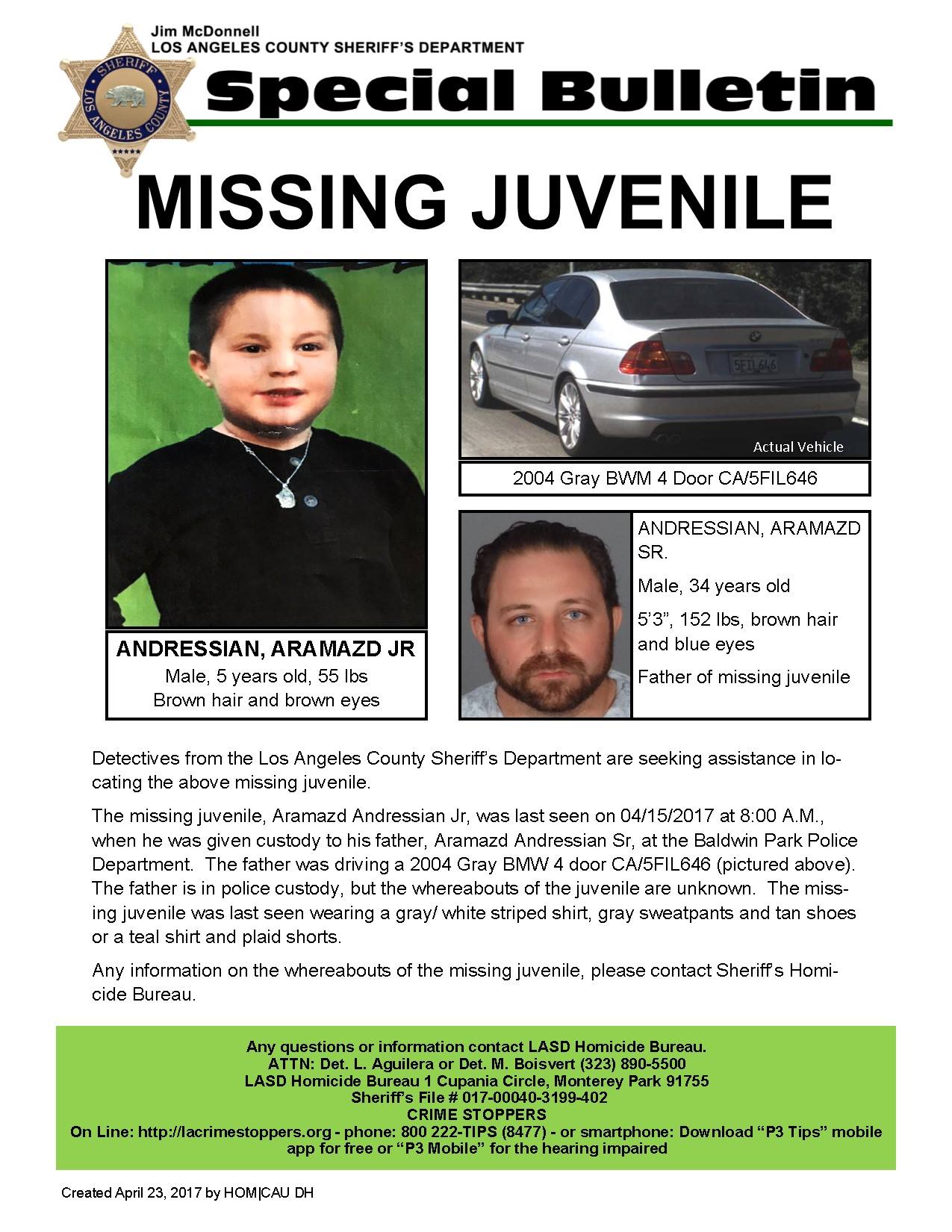