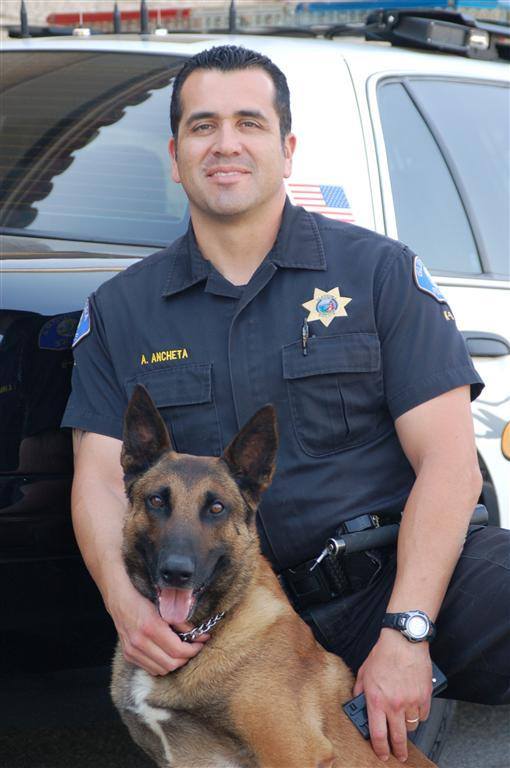 GLENDORA >> The Glendora Police Department said goodbye this week to a faithful four-legged officer who served the community for seven years before retiring in 2014.
Roby, a Belgian Malinois who patrolled the streets of Glendora alongside handler Officer Al Ancheta under the call sign “3K2,” died Thursday, Glendora police officials announced over the weekend.
“Roby died doing one of his favorite things in the world: going on a car ride,” police said in a written statement. “Roby was a strong working dog, a loyal partner to Officer Ancheta and guardian to the Ancheta and Glendora Police Department families. We ask that you keep Officer Ancheta and his family in your thoughts and prayers as they mourn the loss of what can truly be described as man’s best friend.”
Roby was the Glendora Police Department’s second police dog when he joined the agency in 2007, officials said.
“Roby assisted in the arrest of numerous dangerous criminals, the recovery of illegal narcotics and he highlighted countless community events,” the statement said. “Roby was a regular fixture in the Glendora Police station, always walking around with a ball in his mouth begging someone to throw it, yet stubbornly refusing to allow anyone to take it away from him.”
After retiring, Roby lived out his days with Ancheta’s family, becoming particularly fond of Ancheta’s youngest son.
“Roby sired two litters of healthy puppies, the second of which was born only hours before he left us,” according to the statement.
In the statement, the department offered one last parting message to its loyal K-9.
“Roby, you will be missed. 3K2, you are clear to secure.”
But the Glendora Police Department’s K-9 program lives on, with K-9 Bo and handler Officer Scott Salvage.
The department announced earlier this week that Bo will soon be receiving a bullet and stab resistant vest to help keep him safe while on-duty, thanks to an anonymous donor and the non-profit organization Vested interest in K9s.
“I would like to thank the Vested Interest in K9s for providing the Glendora Police Department with a great piece of equipment to protect my partner,” Salvage said. “This will help allow him to better protect our team and community.” 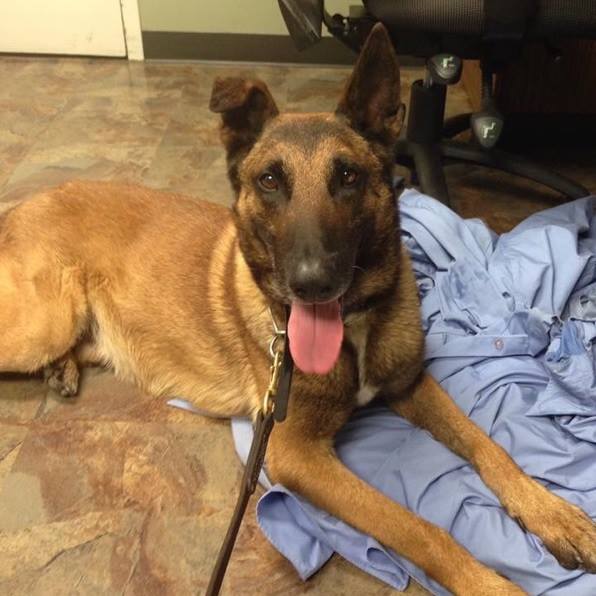