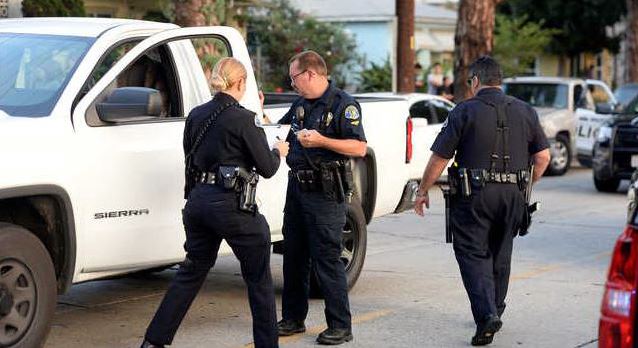 WHITTIER >> A robbery suspect led police on a high-speed chase through several cities that began and ended in Whittier late Wednesday, officials said.
The incident began about 5:50 p.m. when Whittier police received a report that a witness had spotted a suspicious person at Whittier Boulevard and Broadway who may have been connected to a prior crime reported to the neighboring sheriff’s Pico Rivera Station, Whittier police Lt. Aaron Ruiz said.
As police approached the white GMC pickup truck, it fled from officers, initiating a pursuit.
The pickup truck traveled at high speeds, and at some points on the wrong side of the road, under the helicopter-mounted cameras of local TV news helicopters as it made its way north to Hacienda Heights via surface streets, then back into Whittier.
A dispatcher reportedly made contact with the suspect by phone before he stopped the truck and surrendered along Pickering Avenue, just south of Mar Vista Street. The driver was taken into custody without a struggle.
A passenger was initially inside the truck with the driver when the chase began, Ruiz said. He exited the car toward the outset of the chase and cooperated with police. He was not arrested.
The driver was expected to be booked on suspicion of evading police and driving on a suspended license, Ruiz said. His identity was not available pending the booking process.
Detectives in Pico Rivera were looking the man’s suspected connection with a robbery reported in their jurisdiction, sheriff’s officials said. Further details regarding the robbery case were not available Wednesday night.