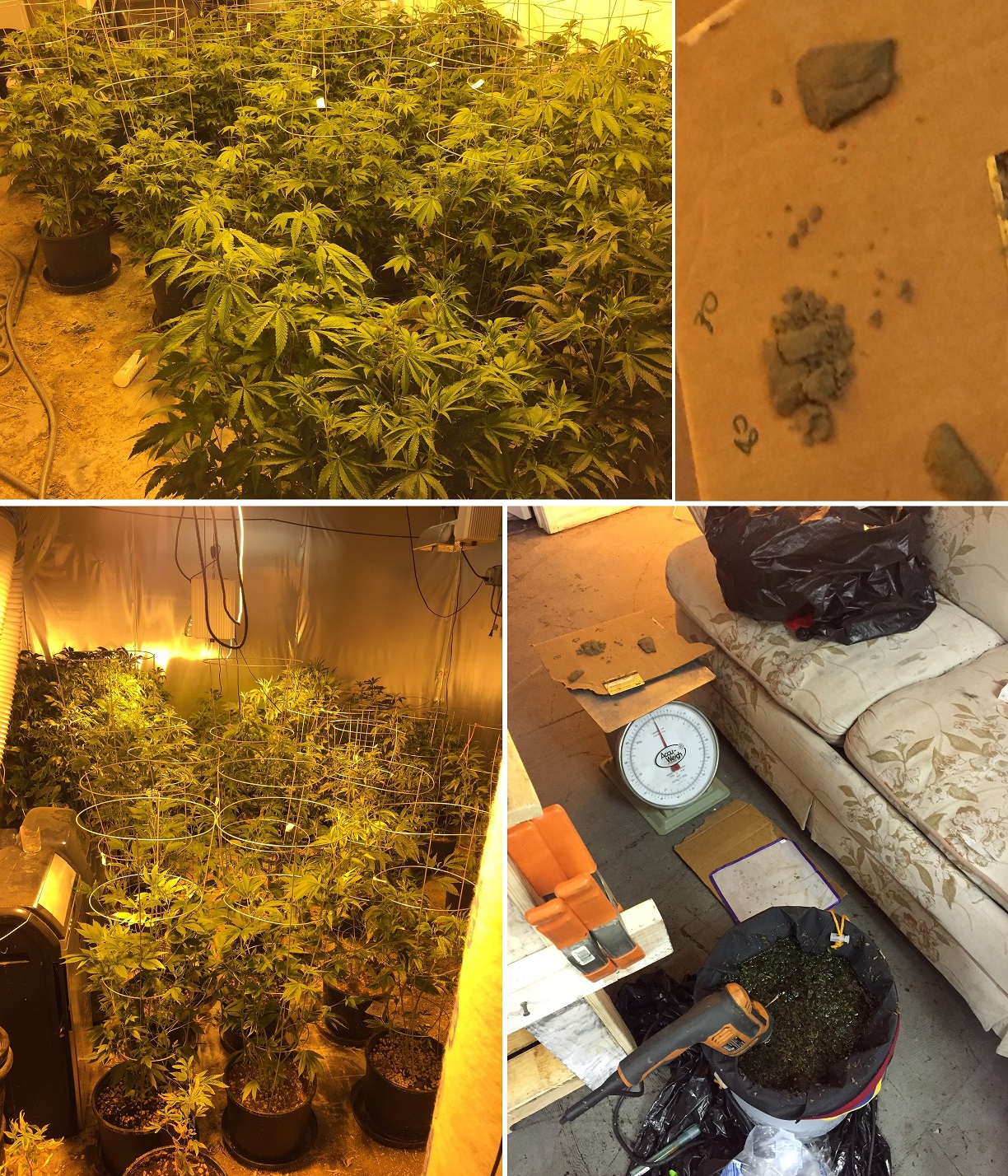 COVINA >> A “strong smell of marijuana” led police to discover a pot grow and hash lab, as well as other drugs, inside a commercial building in Covina on Saturday, officials said.
Michael Ray Valdez, 28, of Hacienda Heights was arrested on suspicion of drug manufacturing, identity theft and possession of drug paraphernalia, according to Covina police officials and Los Angeles County booking records.
The bust took place about 2:40 a.m. after a patrol officer stopped to talk to two “suspicious persons” hanging out near a commercial building in the 1000 block of East Edna Place, Covina police said in a written statement.
“During the investigation, the strong smell of marijuana was noticed coming from inside the building and the subjects admitted that marijuana was being grown inside in the industrial building,” according to the statement.
Officer uprooted 120 marijuana plants from the building, as well as marijuana that had already been harvested, authorities said.
“Evidence that the marijuana was being processed into hash, hash oil and wax was also found at the location, along with evidence of methamphetamine use and hallucinogenic mushrooms,” the statement said.
Police said the owner of the businesses admitted knowing about the marijuana grow, but denied having anything to do with the other drugs. He was not arrested as the investigation continues.
According to booking records, Valdez was being held in lieu of $50,000 bail pending his initial court appearance, scheduled Tuesday in the West Covina branch of Los Angeles County Superior Court.