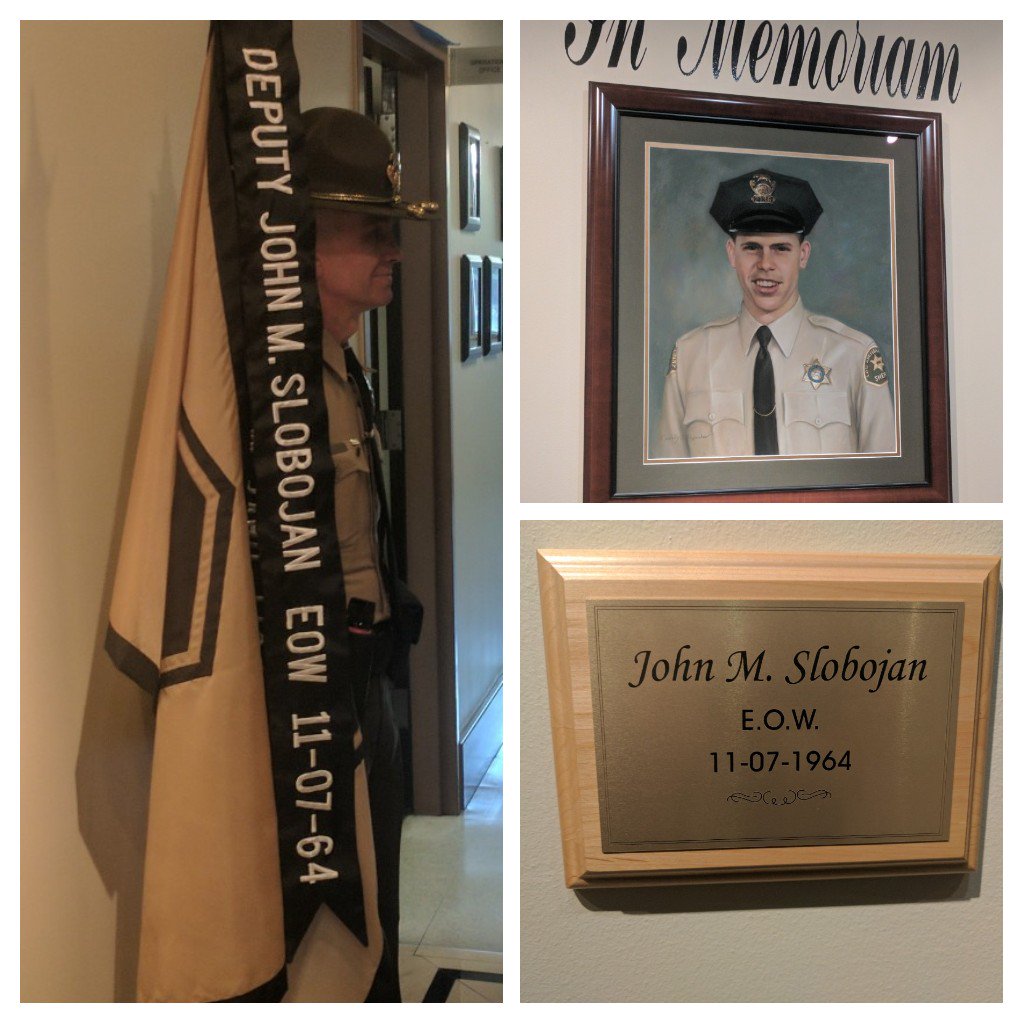 TEMPLE CITY >> More than 52 years after a Los Angeles County sheriff’s deputy lost his life in the line of duty in South El Monte, family members, officials and fellow law enforcement officers gathered to give the fallen lawman an overdue honor with the dedication of a memorial at the sheriff’s Temple Station on Wednesday, authorities said.
Deputy John M. Slobojan, 31, died on Nov. 7, 1964, after suffering a heart attack while chasing a robbery suspect in South El Monte.
“During the chase, Deputy Slobojan collapsed. CPR was administered and he was transported to a local hospital where he was pronounced dead,” according to the Officer Down Memorial Page. He had served as a deputy for five years.
But as the decades passed, the story of Deputy Slobojan became lost to history, Capt. David Flores of the sheriff’s Temple Station said.
The sheriff’s department has recently embarked on a mission to identify any fallen deputies who may have not been properly honored in the past. “It’s a proactive effort to honor these fallen heroes,” Flores said.
In recent months, a Temple Station sergeant learned about Slobojan and began researching the deputy.
The effort culminated in Wednesday’s ceremony, where Slobojan’s wife, brothers, two sons and daughter joined in unveiling a portrait, plaque and flag to commemorate the deputy, Flores said.
Slobojan’s memorial took its place between those of two other deputies who lost their lives while serving the sheriff’s Temple Station: Deputy Harold Stephen Blevins, who was gunned down on Oct 12, 1957, and Deputy David William March, shot to death on April 29, 2002.