IRWINDALE >> Police are seeking a crew of robbers caught on video smashing their way into an Irwindale seafood restaurant early Thursday before making off with two safes and a cash register, officials said.
The break-in involved “as many as six suspects” and took place about 2:50 a.m. at Mariscos Uruapan, 16034 Arrow Highway, Irwindale police officials said in a written statement.
“The suspects made entry to the location by smashing the front glass,” according to the statement. “Once inside the restaurant, the suspects stole two safes containing an unknown amount of cash. The suspects then fled the location in two separate vehicles.
The burglary was over in a matter of minutes, Sgt. Rudy Gatto said. “They were in and out really fast.”
He said the burglars first forced their way into a separate nearby storefront also owned by the restaurant and used for overflow storage. They then turned their attention to the main restaurant, which contained the safes and cash register.
Surveillance video released by police in hopes of generating tips from the public shows the suspect head directly for the restaurant’s office and kick in the door. They then forced two seemingly bolted-down safes free from the floor and carried them away. The burglars also stopped to grab the cash drawer portion of the business’s cash register.
All of the burglars wore dark clothing, including masks and gloves. One wore a red hooded sweat shirt with the words “The Label 400” written on the back.
The two cars used in the crime were described as newer-model, dark-colored sedans.
Authorities had yet to determined how much money was obtained in the crime.
Anyone with information, or who recognizes the burglars, is urged ton contact Irwindale police Cpl. Armando Lopez at 626-430-2290, or via email at alopez@irwindaleca.gov. Tips may also be submitted anonymously to L.A. Regional Crime Stoppers at 800-222-8477. 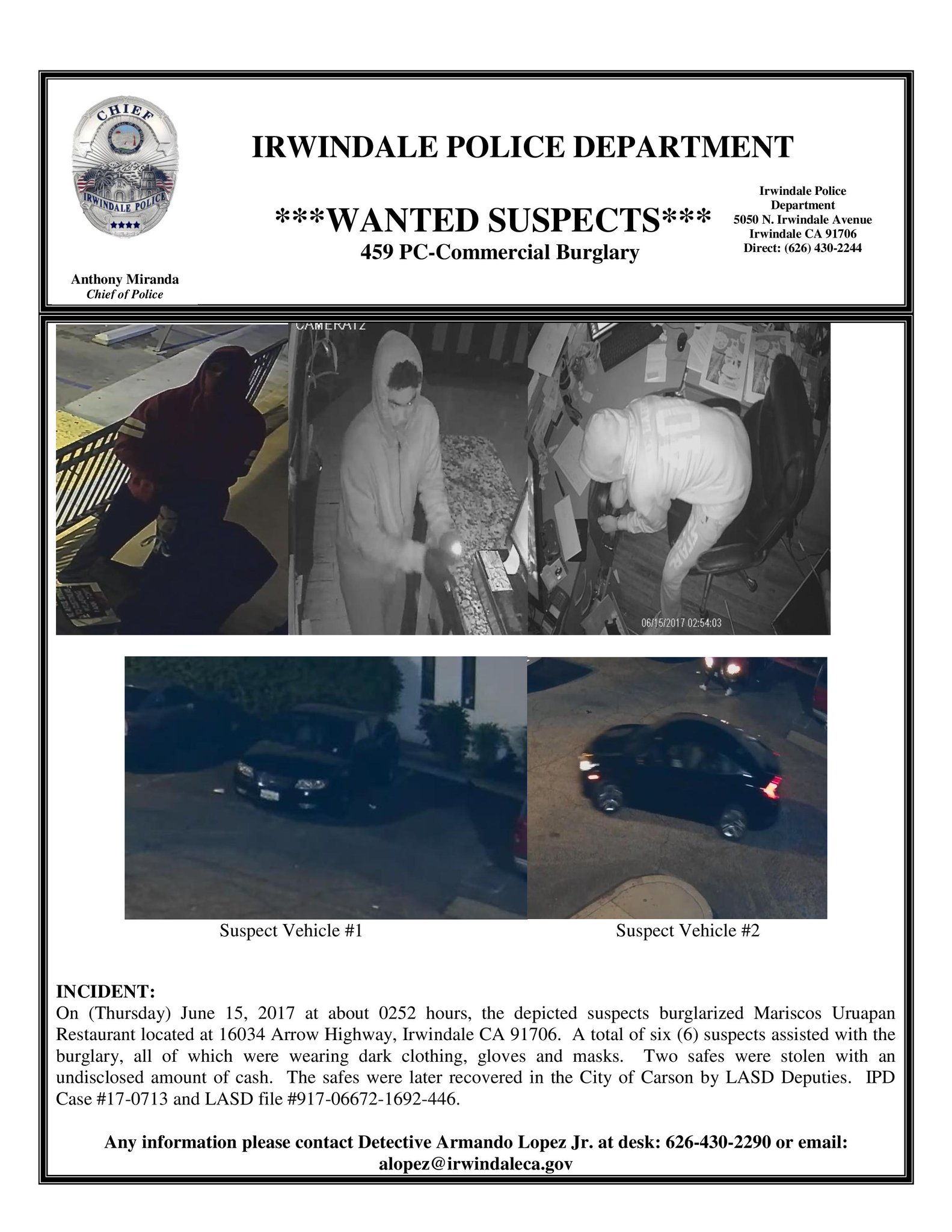