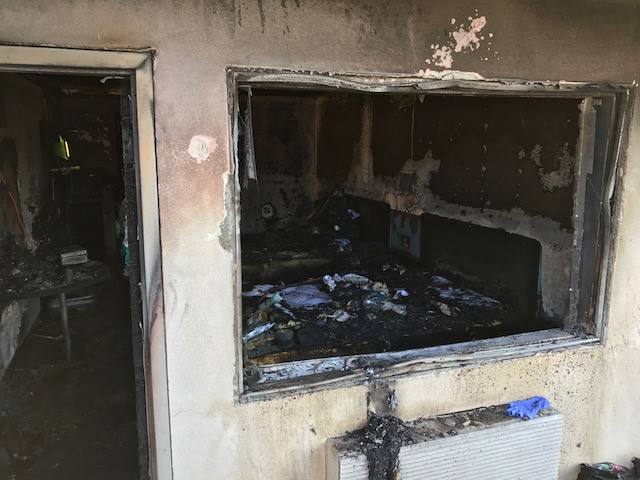 SOUTH EL MONTE >> Two men and a dog suffered burns when a fire broke out at a hash oil extraction lab operating out of a South El Monte motel early Sunday, authorities said. A third, possibly injured suspect was believed to be at large.
Los Angeles County deputies and firefighters responding to reports of a structure fire about 12:40 a.m. encountered several rooms ablaze at the Motel 6, 1228 Durfee Ave., according to Deputy Lisa Jansen of the sheriff’s Information Bureau.
Firefighters quickly extinguished the flames, she said. Two men, as well as a dog, suffered burns in the fire.
One of the men suffered major burn injuries, while the second man’s injuries appeared less severe, Sgt. James Long said. An update on their conditions was not available.
“Detectives from Arson-Explosives Detail responded and, based on recovered evidence, determined there was a possible ‘honey oil’ marijuana extraction laboratory at the location,” Jansen said in a written statement. Deputies seized equipment associated with the alleged hash oil extraction.
Officials took the two suspects to a hospital to receive treatment prior to facing potential criminal charges, officials said. The injured dog was taken to a veterinary hospital in unknown condition.
“Investigators believe another suspect, with possible burn injuries, may have left the location prior to their arrival,” Jansen said.
Deputies found scorched clothing believed to have been shed by the third suspect before fleeing the scene, Long said. No description of the man was available.
Officials estimated that the fire caused $80,000 worth of damage to the motel.
Detectives from the Los Angeles Interagency Metropolitan Police Apprehension Crime Task Force’s Clandestine Laboratory Team responded to the scene and is spearheading the investigation.
Anyone with information is urged to contact LA IMPACT at 323-869-6874. Tips may also be submitted anonymously to L.A. Regional Crime Stoppers at 800-222-8477. 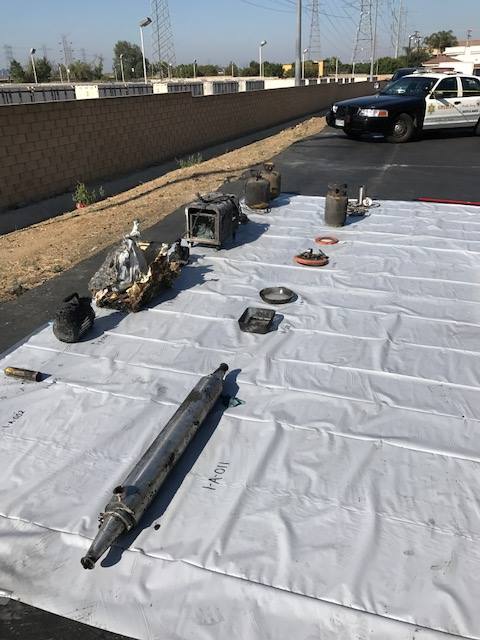