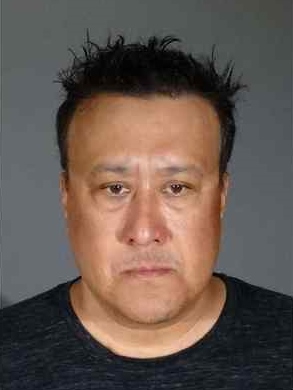 SOUTH EL MONTE >> A 54-year-old Miramonte Elementary School teacher was arrested Wednesday for allegedly inappropriately touching girls at the school.
The alleged incidents occurred in a classroom and on school grounds, according to Sgt. Amy Hanson of the Sheriff’s Special Victims Bureau. She didn’t clarify the number of students molested but described them as between 8 and 11 years old.
She said Joseph Baldenebro was arrested on suspicion of lewd or lascivious acts involving children and molesting children.
“He’s been a teacher at the school for the past 21 years,” Lt. Todd Deeds of the sheriff’s Special Victims Bureau said. The grades he teaches are 4th and 5th grades.”
Baldenebro was booked at the sheriff’s Temple Station on Wednesday morning. Deputies did not release a city of residence for him.
Detectives did not release the number of suspected victims or the time frame of the alleged crimes.
Miramonte Elementary School at 10620 Schmidt Road in South El Monte is in the Mountain View School District.
District officials were notified by the principal at Miramonte Elementary about an alleged incident between a teacher and a student, according to a statement from Superintendent Lillian Maldonado French.
She said district officials immediately contacted police and Baldenebro was placed on administrative leave.
“The district takes any allegation of misconduct of any kind very seriously,” Maldonado French said.
“Yesterday the district was informed that Mr. Baldenebro was arrested under the suspicion of lewd acts. The district has and will continue to fully cooperate with the sheriff’s investigation, and out of respect for judiciary due process and privacy laws, we cannot discuss any confidential details about personnel or students within the district.”
She said additional school counselors have been made available to any students who might have been affected by Baldenebro’s removal. She said while they are shaken by the allegations, the district trusts in the legal process and will have no further comment until that process has been completed.
Booking records show Baldenebro is being held at the Inmate Reception Center in Los Angeles on a bail of $404,000. He will be arraigned Friday at Pomona Superior Court.
Detectives believe there may be more possible victims of the longtime schoolteacher.
“We’re asking for the public help in identifying additional victims,” Deeds said. “If you have a child, or you went to Miramonte Elementary Shoool, and this gentleman was your teacher and you feel like something inappropriate happened, or criminal in nature, please contact the Special victims Bureau.
The sheriff’s Special Victims Bureau can be reached at 877-710-5273. Tips may also be submitted anonymously online to L.A. Regional Crime Stoppers at 800-222-8477.