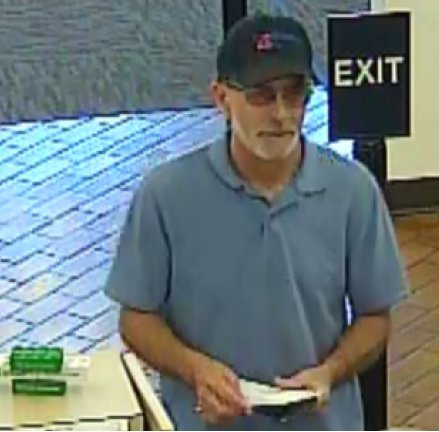 LA MIRADA >> A tight-lipped serial bank robber known to the FBI as the “Mum’s the Word Bandit” tried, but failed, to carry out his latest heist in La Mirada on Friday afternoon, authorities said.
The suspect received his moniker for his tendency to pass tellers a note demanding cash without speaking, FBI spokeswoman Laura Eimiller said. No weapons have been seen.
He showed up about 1:30 p.m. at the Bank of the West, 12709 Valley View Ave., Los Angeles County sheriff’s Sgt. Manuel Flores said.
He passed a teller a note demanding money, he said. When the teller failed to comply, he left empty handed.
The bandit was already being sought in connection with a May 18 robbery at another Bank of the West Branch, 4501 E. La Palma Ave. in Anaheim, Eimiller said.
Officials described him as a white man of about 60 years old, with a white beard. During Friday’s robbery, he wore a blue, short-sleeve, collared shirt, a blue baseball cap and tinted glasses.
He fled the area in a white Toyota Echo, last seen heading south on Valley View Avenue, Flores said.
Anyone with information can reach the sheriff’s Norwalk Station at 562-863-8711, or the FBI’s 24-hour Los Angeles-area tip line at 888-226-8443.

PHOTOS courtesy of the FBI 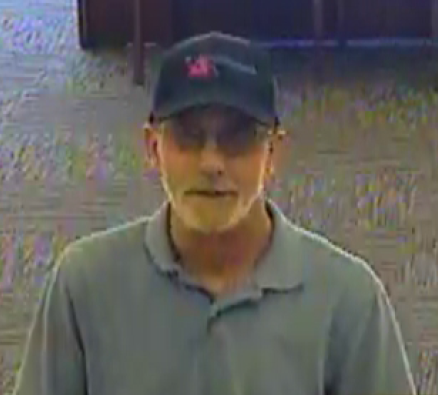