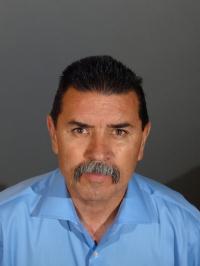 A former janitor at an Industry middle school faces charges of molesting eight female students, authorities announced Thursday.
Michael Anthony Barry worked at Torch Middle School in the Bassett Unified School District for 16 years, according to Deputy Kimberly Alexander of the Los Angeles County Sheriff’s Department Information Bureau. Investigators from the sheriff’s Special Victims Bureau arrested him July 6.
Barry is accused of molesting eight children, according to a criminal complaint filed in Los Angeles County Superior Court. The alleged molestation charged in the complaint took place between August of 2016 and May of this year.
“The acts Mr. Barry is alleged to have committed involved the inappropriate touching of female students on school grounds,” according to Alexander.
And sheriff’s officials said they are seeking potential additional victims.
Torch Middle School administrators were approached on May 12 by multiple students who said they were touched inappropriately by Barry, Bassett Unified School District spokeswoman Nancy Yeang said. After interviewing the students, school leaders immediately put Barry on administrative leave, she said.
Administrators went to classrooms the same say to inform students Barry was put on leave, as well as to ask if any other students had experienced inappropriate conduct by the janitor, Yeang said. More students came forward with allegations.
Torch Middle School parents were later informed about the incident. Yeang said school officials were cooperating with the sheriff’s department during its investigation.
Barry was first arrested at the sheriff’s Industry station on June 13, but was released the next day without charges, according to Los Angeles County booking records.
Following his re-arrest on July 6, prosecutors filed nine criminal charges against him, according to court documents.
Barry pleaded not guilty the same day to five charges of felony child molestation of a victim under 14 years old, three misdemeanor counts of annoying or molesting a child under 18 and one count of contributing to the delinquency of the minor, Los Angeles County District Attorney’s officials said. He’s scheduled to return to the Pomona branch of Los Angeles County Superior Court on Aug. 10 for a preliminary hearing setting.
In the meantime, Barry is being held in lieu of $1.545 million bail, booking records show.
If convicted as charged, Barry could face up to 75 years to life in state prison.