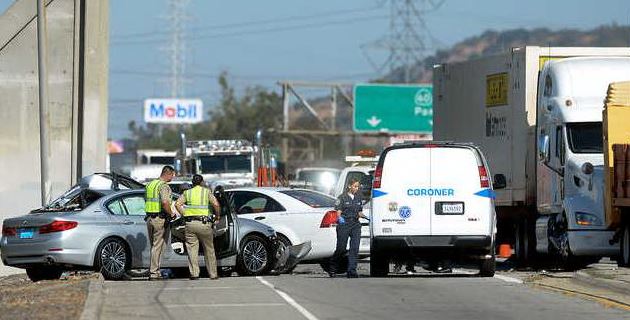 SOUTH EL MONTE >> A woman died in a crash between a big rig and a car on the 60 Freeway in South El Monte on Thursday afternoon, authorities said.
The deadly crash took place about 1:40 p.m. on the westbound 60 Freeway at Santa Anita Avenue, California Highway Patrol Officer Alex Rubio said.
“It appears to be a two-vehicle collision,” he said. Initial reports indicated the crash involved a big rig and a BMW sedan.
One woman was pronounced dead at the scene, Rubio said. No further description of the victim was available.
A Sig Alert was issued for the Santa Anita Avenue offramp of the westbound 60 Freeway as the investigation continued.