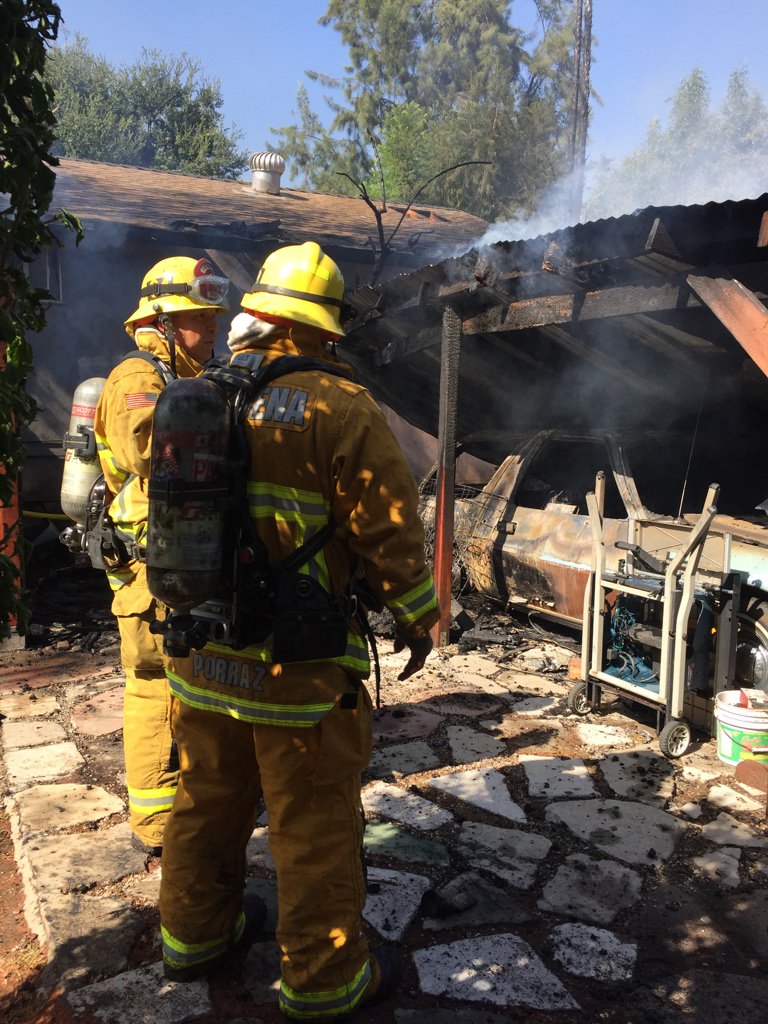 PASADENA >> A fire scorched two homes, a carport and a classic car before being extinguished by firefighters on Thursday afternoon, officials said.
The fire was first reported about 3:30 p.m. in the 1900 block of North Los Robles Avenue, just south of Woodbury Road, Pasadena Fire Department spokeswoman Lisa Derderian.
The flames originated in a carport, destroying the structure and a 1976 AMC Pacer parked inside of it and damaging a Toyota Celica, she said.
Fire also crept onto the exterior portion of the home associated with the carport, as well as the attic of a neighboring home, Derderian said.
Both homes were occupied, but everyone got out unharmed, she said.
The neighboring home sustained significant damage, according to Derderian. A dollar-value estimate of the loss was yet to be determined.
Authorities were investigating the cause of the fire. 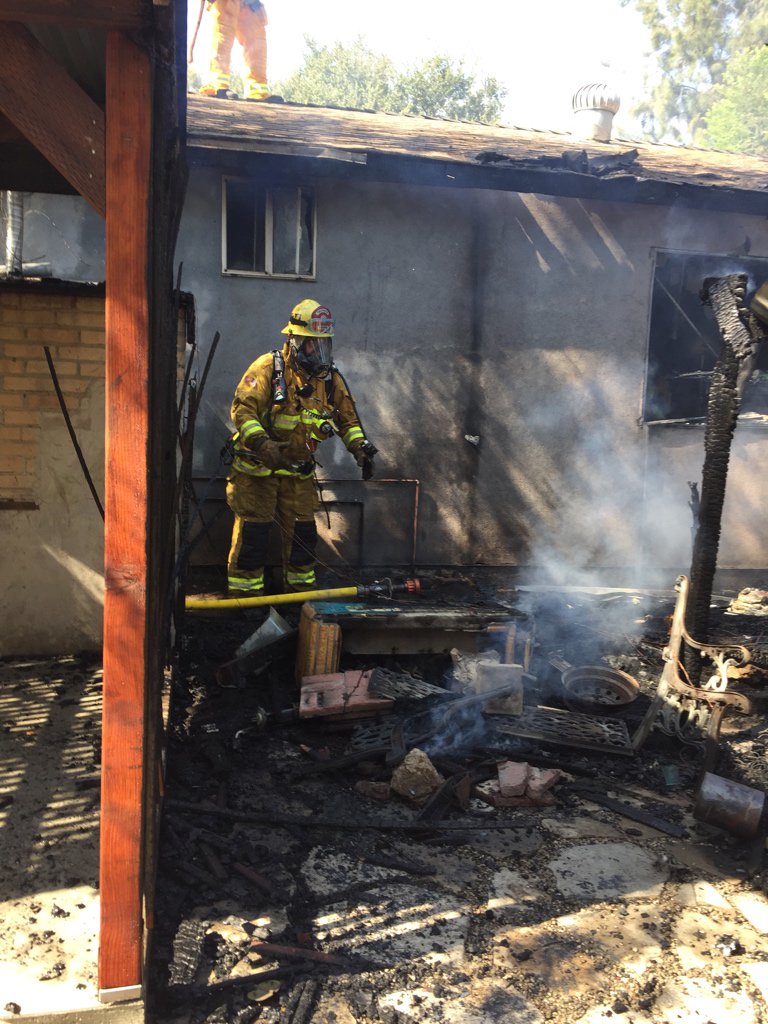