MONTEBELLO >> Details slowly continued to emerge over the weekend after a U.S. Drug Enforcement Administration agent shot and wounded an unarmed suspect as he fled from a Montebello home Friday afternoon.
DEA special agents were teamed with Los Angeles County sheriff’s deputies when the shooting took place about 1:50 p.m. Friday behind a home in the 700 block of Carmelita Place, according to DEA and sheriff’s officials.
“The special agents were conducting a narcotics investigation and were in the process of contacting the occupants of a residence when several individuals ran out the back of the house,” Lt. John Corina of the Sheriff’s Homicide Bureau said in a written statement.
“One suspect, a 35 year-old man, jumped a fence and ran through neighboring yards before encountering other DEA special agents who were positioned on the next street over,” Corina said. “At that point, an officer-involved shooting occurred.”
The suspect was struck once by gunfire and was taken to a hospital where he was expected to survive, Corina said.
“A gun was not recovered from the scene, but the investigation is ongoing,” the lieutenant said.
Sheriff’s officials withheld the suspect’s name, and it was unclear if he was to face any charges. No further details were released Sunday.
As in all Los Angeles County officer-involved shootings, a parallel investigation is also being carried out by the Los Angeles County District Attorney’s Office, officials said. 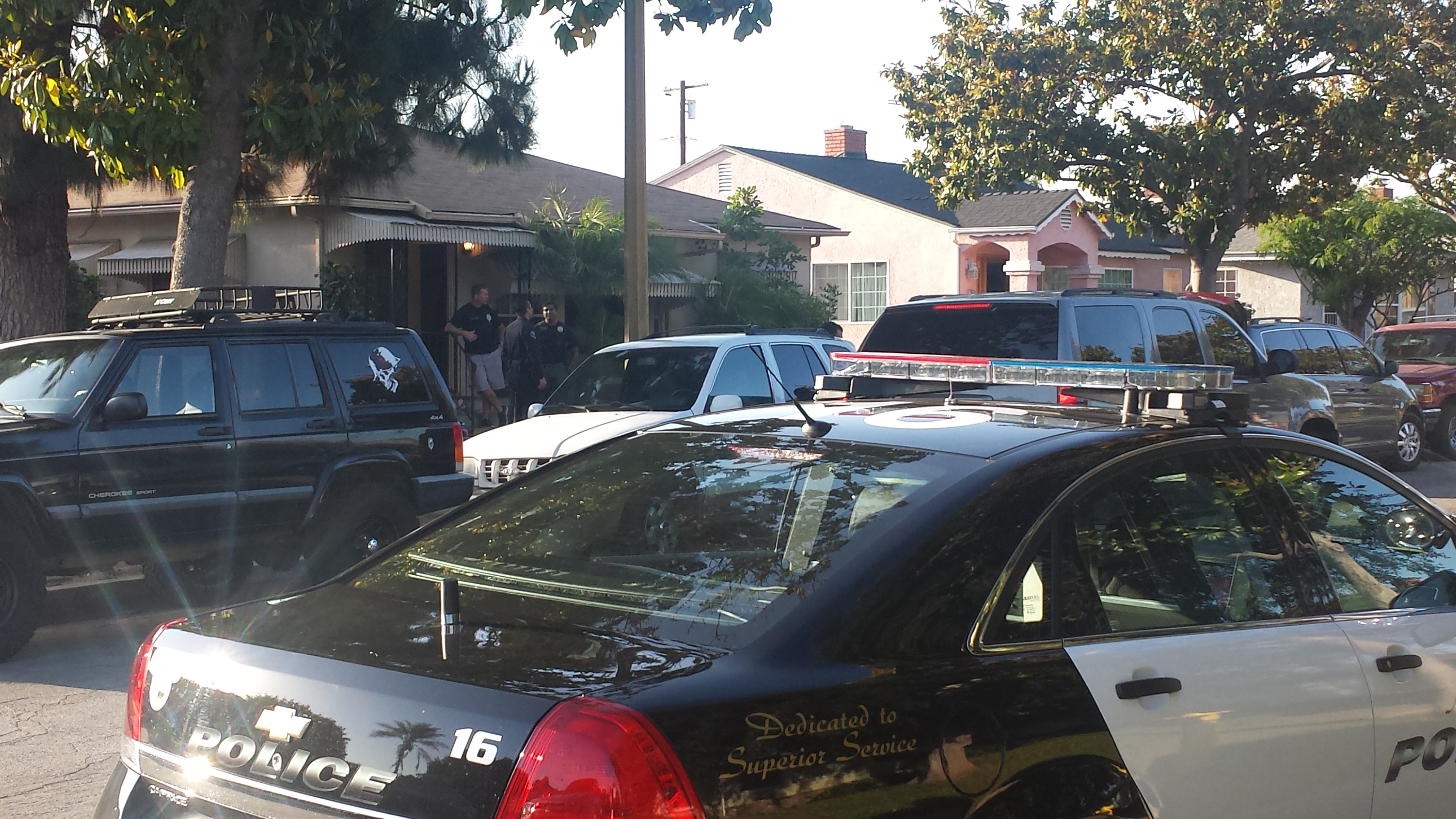 MONTEBELLO >> A U.S. Drug Enforcement Administration agent shot and wounded a suspect at a Montebello home Friday afternoon, authorities said.
Little information was initially released regarding the officer-involved shooting, which was reported at 1:47 p.m. in the 700 block of Carmelita Place, Deputy Amber Smith of the Los Angeles County Sheriff’s Headquarters Bureau said.
No information regarding the condition of the suspect was released Friday evening. There were no initial reports of any injuries to law enforcement officers.
“A Drug Enforcement Administration agent was involved in a shooting at a residence in Montebello, California, during a joint narcotics enforcement operation with our local counterparts,” DEA Special Agent Vijay Rathi said.
The DEA agents were partnered with deputies from the sheriff’s Los Angeles Interagency Metropolitan Apprehension Crime Taskforce, also known as L.A. IMPACT
Rathi deferred all further comment to the sheriff’s department, which is spearheading the investigation.
Sheriff’s detectives routinely assist Montebello police in investigating officer-involved shootings in their jurisdiction.
Dozens of DEA, Montebello police and sheriff’s officials responded both to to the scene of the shooting at a beige, single-story home, and at a large command post set up around the corner at a Montebello Unified School District facility.
No further details were available.

HOUSTON — Federal authorities are searching the Houston clinic of Michael Jackson’s doctor.
KTRK-TV reported that officials with the Drug Enforcement Administration were at Dr. Conrad Murray’s clinic in north Houston. Video showed two Houston police officers guarding the front door.
Murray was Michael Jackson’s personal physician, and was with Jackson when he died. Murray, who is based in Las Vegas and is licensed in California, Nevada and Texas, has been interviewed by police but he has not been considered a suspect in the singer’s death.

This from a Department of Justice press release:

Holder needs to be asked about federal efforts to infiltrate gangs working the neighborhoods of suburban Los Angeles. We’ll monitor the press conference and address Holder with some local questions that require federal answers.

Any suggestions for what we should ask?
Let me know…

Federal drug agents have arrested a chief of police from Mexico in connection with a drug investigation in Los Angeles County, officials said. Its an interesting place to make such an arrest…here’s the story as it stands from the wires:

Two men believed to be members of the Agencia Federal de Investigacion
— the Mexican federal police — are due to be arraigned this afternoon in Los
Angeles on charges of possessing an estimated $500,000 as part of a narcotics
enterprise.
Victor Manuel Juarez, 36, and Carlos Cepano Filippini, 34, were arrested
Wednesday, along with two other people, at a home in West Covina.
They were taken into custody by a U.S. Drug Enforcement Administration task force
as part of an ongoing investigation, according to the Los Angeles County District
Attorney’s Office.