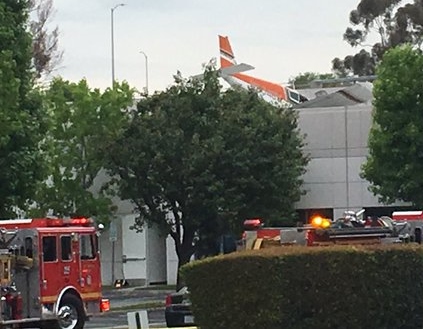 POMONA >> A small airplane crashed or made a hard landing on the roof of a state parole building in Pomona Sunday afternoon, officials said.
The incident was first reported about 4:45 p.m. in the 900 block of Corporate Center Drive, southwest of the junction of the 10, 57 and 71 freeways, according to Los Angeles County Fire Department and California Highway Patrol officials.
After responding to reports of a small airplane in trouble, officials found the craft atop a large building, Los Angeles County Fire Department Dispatch Supervisor Melanie Flores said. There was no initial reports of major injuries.
“A single-engine Piper PA-28 crashed under unknown circumstances near Kellogg Hill Road and the 71 (Freeway),” Federal Aviation Administration spokesman Ian Gregor said.
One of two people aboard the airplane, believed to be the pilot, was flown by helicopter to Los Angeles County-USC Medical Center for treatment, Flores said. The second occupant was not taken to a hospital.
Both pilot and passenger managed to walk away from the damaged airplane, Flores said.
The building the airplane landed on top of was a state parole building run by the California Department of Corrections and Rehabilitation, CHP Officer Alex Rubio said.
The plane was headed to Brackett Field Airport in La Verne, Gregor said. It was not immediately clear where the plane had departed from.
CHP logs indicated the airport lost radio contact with the airplane just before the crash site was found.
Further details were not immediately available.
The aircraft is registered to an owner in Fullerton, according to FAA records. The plane was manufactured in 1961 and had a valid, standard-classification flight status. 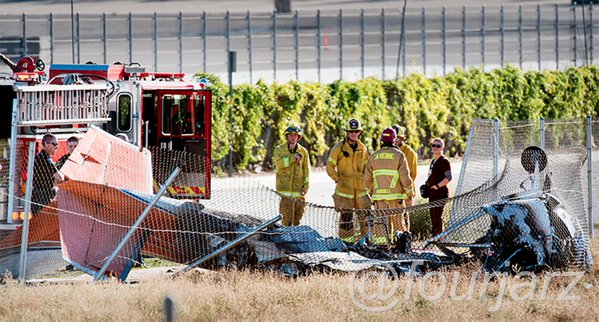 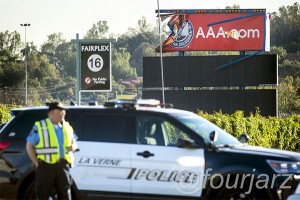 Fairplex Drive and quickly became engulfed in flames.
But the pilot managed to escape the wreckage, and La Verne firefighters quickly extinguished the flames, officials said.
Kenitzer said initial reports indicated two people were on board, however, Burtz said firefighters treated only one patient, the pilot.
Officials took the pilot to Los Angeles County-USC Medical Center by helicopter for treatment, Burtz said. An update on the pilot’s condition was not available.
Both the FAA and the National Transportation Safety Board are investigating the crash.

COMPTON >> A pilot died when a small airplane crashed Sunday afternoon at Compton-Woodley Airport, authorities said.
The fatal crash took place about 12:35 p.m. at the airport, 901 W. Alondra Blvd., Federal Aviation Administration spokesman Ian Gregor said.
Los Angeles County sheriff’s officials confirmed the pilot died in the crash.
“A banner-towing aircraft crashed while picking up a banner at the Compton airport,” Gregor said.
The pilot was the only person on board the craft, described as single-engine Aviat A-1, he added.
There were no initial reports of any other injuries, sheriff’s officials said.
Compton Fire Department firefighters responded to the crash, Deputy Juanita Navarro-Suarez of the Sheriff’s Information Bureau said. Deputies secured the scene and summoned officials from the FAA and National Transportation Safety Board to handle the investigation.
Images from the scene showed the airplane engulfed in flames.
The plane was registered to Cheyenne, Wyoming-based Wyoming Services LLC, according to F.A.A. records. It was manufactured in 1995 and had a valid flight status.