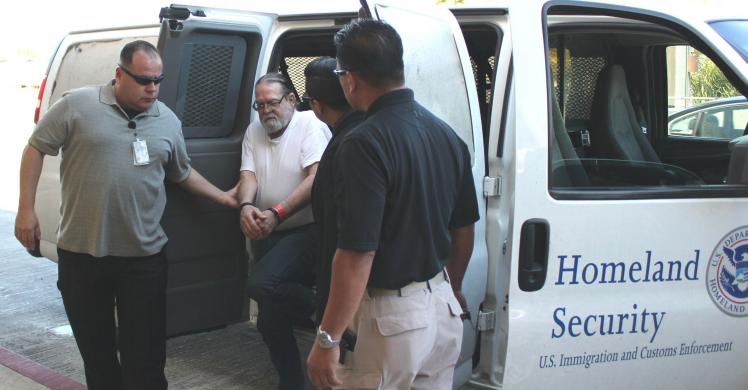 A Canadian national who fled his home country ahead of his trial on charges of molesting a disabled child in 1980, then was captured living under an assumed identity at a San Dimas mobile home park in 2013, has been returned to Canada to face justice, authorities said Wednesday.
After 35 years as a fugitive, and another two years spent fighting extradition back to Canada, officials returned Raymond Douglas Charles Macleod, 72, to Vancouver late Tuesday, U.S. Immigration and Customs Enforcement officials said in a written statement.
“For the victim in this case, justice has been a long time coming, but she can take consolation in the fact that her alleged assailant is now being held accountable,” said David Jennings, field office director for ICE Enforcement and Removal Operations in Los Angeles. “I applaud my officers and the ICE attorneys whose perseverance made this happen. We will not allow our country to serve as a safe haven for those who commit reprehensible crimes.”
ICE agents and Los Angeles County sheriff’s deputies arrested Macleod Oct. 28, 2013, at a mobile home park where he had been living in the 1400 block of Camper View Road in 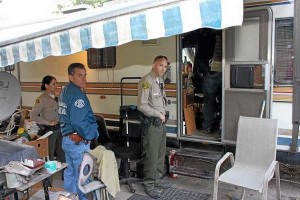 San Dimas, sheriff’s officials said at the time. He was believed to have been living there for at least eight years prior to his arrest.
He’s accused of the 1974 rape of a 5-year-old girl suffering from cerebral palsy, ICE officials said.
After twice attempting unsuccessfully to flee Canada to the U.S. while freed from custody during his initial trial, Macleod was acquitted due to a judge’s error, sheriff’s officials said. He was ordered to appear at a new trial in January of 1980, but disappeared.
After he was recaptured in 2013, a judge ordered Macleod deported to Canada in March of 2014, authorities said.
“Macleod subsequently appealed the judge’s decision to the Board of Immigration Appeals and the Ninth Circuit Court of Appeals,” according to the ICE statement. “Ultimately, both panels concurred with the original ruling, paving the way for this week’s removal.”