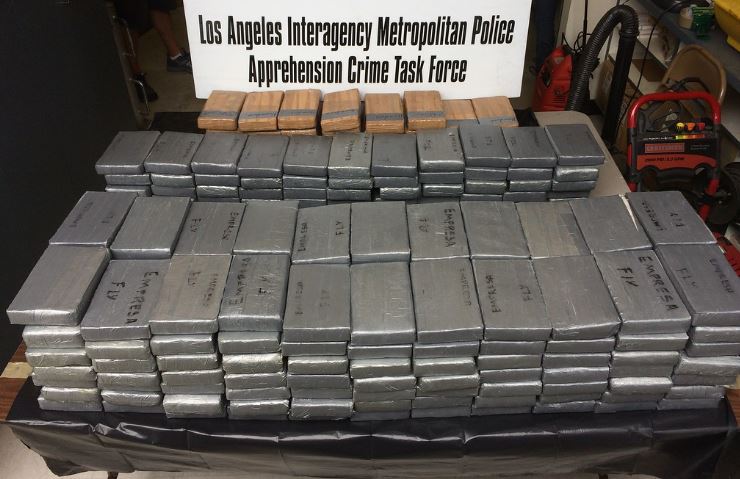 LOS ANGELES >> Two Santa Fe Springs men arrested in a jailed in a 672-pound cocaine bust linked to the Sinaloa drug cartel received prison sentences of more than two decades each last week, authorities said.
Eddie Perez, 43, and Jose Garcia Samano, 41, have been behind bars since June 2, 2015, when a Los Angeles County sheriff’s task force carried out a raid at a home in the 11400 block of Charleseworth Road in Santa Fe Springs, where deputies seized 562 pounds of cocaine.
The bust took place a day after deputies arrested two other men linked to the drug ring after pulling over their car in their hometown of Victorville and discovering 110 pounds of the drug in the trunk of their vehicle, according to officials from sheriff’s Los Angeles Interagency Metropolitan Police Apprehension Crime Task Force, or L.A. IMPACT. The large-scale drug-dealing operation was believed to be linked to the Sinaloa cartel in Mexico. Investigators valued the seized cocaine at $35 million.
•Photos: Santa Fe Springs/Victorville cocaine bust
At their sentencing hearing on March 9, Perez received a prison term of 23 years, while Samano was sentenced to 27 years in state prison, Los Angeles County District Attorney’s Office spokesman Greg Risling said.
Perez had pleaded guilty to selling a controlled substance, conspiracy to commit a crime and two counts of possession of a controlled substance, Risling said. Samano pleaded guilty to selling a controlled substance and conspiracy.
The two other defendants in the case, who were arrested during the traffic stop in Victorville, are already serving time for their roles in the cocaine ring.
Eligio Alvarez Manriquez, 27, received a sentence of 22 years in state prison in February after pleading “no contest” to selling a controlled substance, possession of a controlled substance and conspiracy, according to Risling. Jose Manuel Lopez, 25, was sentenced to three years, to be served in county jail, in November after pleading guilty to a single charge of conspiracy.
A woman who was initially arrested along with Manriquez and Lopez was ultimately released without charges due to a lack of evidence of her involvement, officials said. 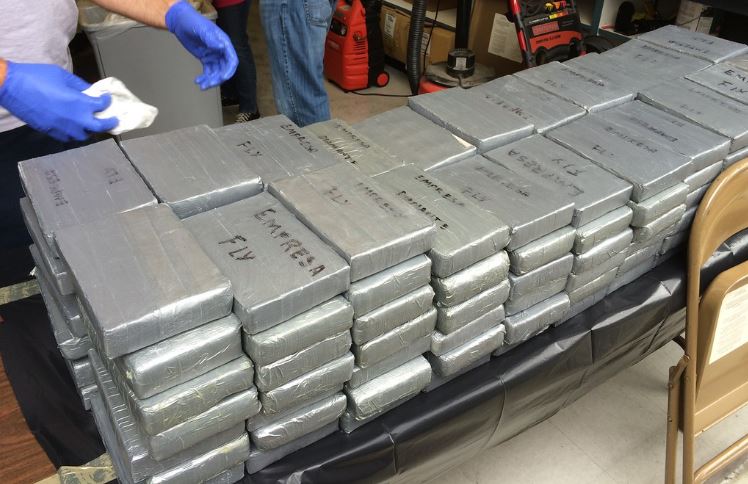