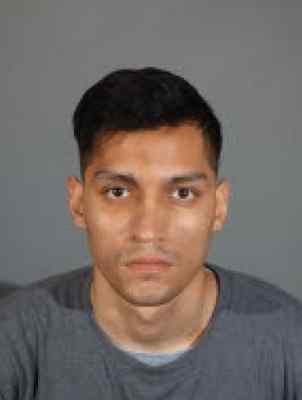 A Whittier man received a 31-year prison sentence Wednesday for obtaining nude photos of teenage girls, then extorting them for sex by threatening to share the photos, as well harm them or their families, officials said.
Josh Manuel Magana, 28, pleaded “no contest” last month to two counts of forcible oral copulation, forcible rape, forcible rape of a an underage victim and extortion, Los Angeles County District Attorney’s Office spokeswoman Sarah Ardalani said in a written statement.
Magana met his victims online via the social media app “KIK,” Lt. Kent Wegener of the Los Angeles County Sheriff’s Department’s Human Trafficking Bureau said at the time of the arrest. He used the online moniker, “thegiftedmonster.”
The investigation began in October of 2016, after Magana pressured a 15-year-old girl to send him nude photos of herself,” Ardalani said.
“The defendant told the girl that if she refused, then he would hurt her and her family,” she said. “The girl told her mother, who then notified law enforcement.”
As the investigation continued, detectives identified a second teenage girl who reported that Magana had threatened to distribute nude photos of her if she refused to have sex with him, officials said.
Investigators arrested Magana in February.
“Due to media coverage of the case, a third victim came forward and revealed that the defendant also had been forcing her to have sex with him,” according to Ardalani. Her age was not available Wednesday.
Once released from prison, Magana will be required to register as a sex offender for the rest of his life. 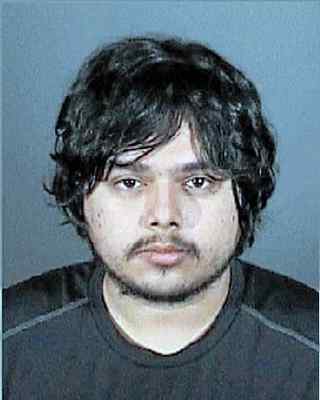 A judge sentenced a Pico Rivera man to nearly 40 years in state prison for extorting 21 underage girls in eight states into sending him nude pictures online, authorities said.
Cesar Mauricio Estrada-Davila, also known as Cesar Estrada, 20, pleaded “no contest” on Wednesday to 38 felony charges, including 21 counts of distributing or showing child pornography to a minor, 16 counts of possession of child pornography and one count of committing a lewd act on a child, Los Angeles County District Attorney’s Office spokesman Ricardo Santiago said in a written statement.
At his sentencing on Friday in the Antelope Valley branch of Los Angeles County Superior Court, Estrada received a prison term of 39 years and 8 months. He will also be required to register as a sex offender for the rest of his life.
“According to testimony at the preliminary hearing, Estrada reached out to young girls and befriended them on social media websites between January and April, 2015,” Santiago said. “The defendant told the victims he was a modeling agent who could make them famous online.
“Estrada then asked the victims to send him pictures of themselves in their underwear,” according to Santiago. “Once the defendant received the images, he would tell the girls he was going to send the photos to their friends and family if they did not send nude photos.”
Prosecutors filed charges in connection with 21 victims between the ages of 12 and 17 in the states of California, Nevada, Utah, Texas, Michigan, Washington, Colorado and Florida.
The investigation began after a 14-year-old Antelope Valley girl who reported the online extortion to her father, who in turn contacted police, sheriff’s Lt. Andrew Meyer said shortly after Estrada’a arrest.
Detectives searched Estrada’s home in the 8300 block of Rosemead Boulevard in Pico Rivera, where they found more than 26,000 pages of online and text conversations between Estrada and his victims, Meyer added. All of the victims were Latina girls, and many told investigators they had been living in fear of Estrada.
Estrada was initially charged with more than 150 crimes and could have received multiple life sentences if convicted at trial, prosecutors said.
The case was investigated by detectives from the Los Angeles County Sheriff’s Department’s Special Victims Bureau.

ALHAMBRA >> Police arrested two brothers Tuesday on suspicion of trying to extort an Alhambra-based chain of auto dealerships, officials said.
Mustafah Karriem Singletary and Malik Hakeem Singletary,both 23 and from Canyon Country, were arrested for attempted extortion, identity theft and possession of stolen property, Alhambra police Sgt. Jerry Johnson said. Mustafah Singletary was also found to have an outstanding drug-related warrant.
Representatives of the Wondries chain of car dealerships notified police Tuesday morning that they had received an email, followed by a phone call, attempting to extort the business, Johnson said.
The suspects claimed to have damaging information about the company and said they would release it publicly if not provided a large payment, the sergeant said.
The company notified police of the contacts, Johnson said. Detectives identified, found and arrested the two suspects Tuesday afternoon. Police found the brothers had credit cards and checkbooks belonging to other people.
The investigation continued Wednesday, Johnson said.
Police asked that anyone who may have been the target of a similar extortion attempt to report it to police.

This from the Associated Press:

NEW YORK — A CBS News employee is accused of trying to extort $2 million from David Letterman, forcing the late-night host to admit in an extraordinary monologue before millions of viewers that he had sexual relationships with female employees.

Letterman said that “this whole thing has been quite scary.” But he mixed in jokes while outlining what had happened to him, seeming to confuse a laughing audience at Thursday’s taping about whether the story was true.

The network said the person who was arrested works on the true-crime show “48 Hours” and has been suspended. A person with knowledge of the investigation said the suspect is Robert J. Halderman. The person spoke on condition of anonymity because authorities have not released the suspect’s name.

A “48 Hours” producer named Joe Halderman was part of a team nominated for an Emmy for outstanding continuing coverage of a news story in a news magazine in 2008. Two numbers listed for Halderman were disconnected, and a message left at a third number was not immediately returned Thursday.

Louisville coach Rick Pitino told police that he had consensual sex with and paid for an abortion for the woman who has been charged with trying to extort him, the Louisville Courier-Journal reported on Tuesday.

Karen Cunagin Sypher was federally charged in April with demanding cars, tuition for her children and finally $10 million. Police interviewed Pitino, who is married with five children, regarding the incident last month, and according to the newspaper, he said that he gave the woman $3,000 to have an abortion.