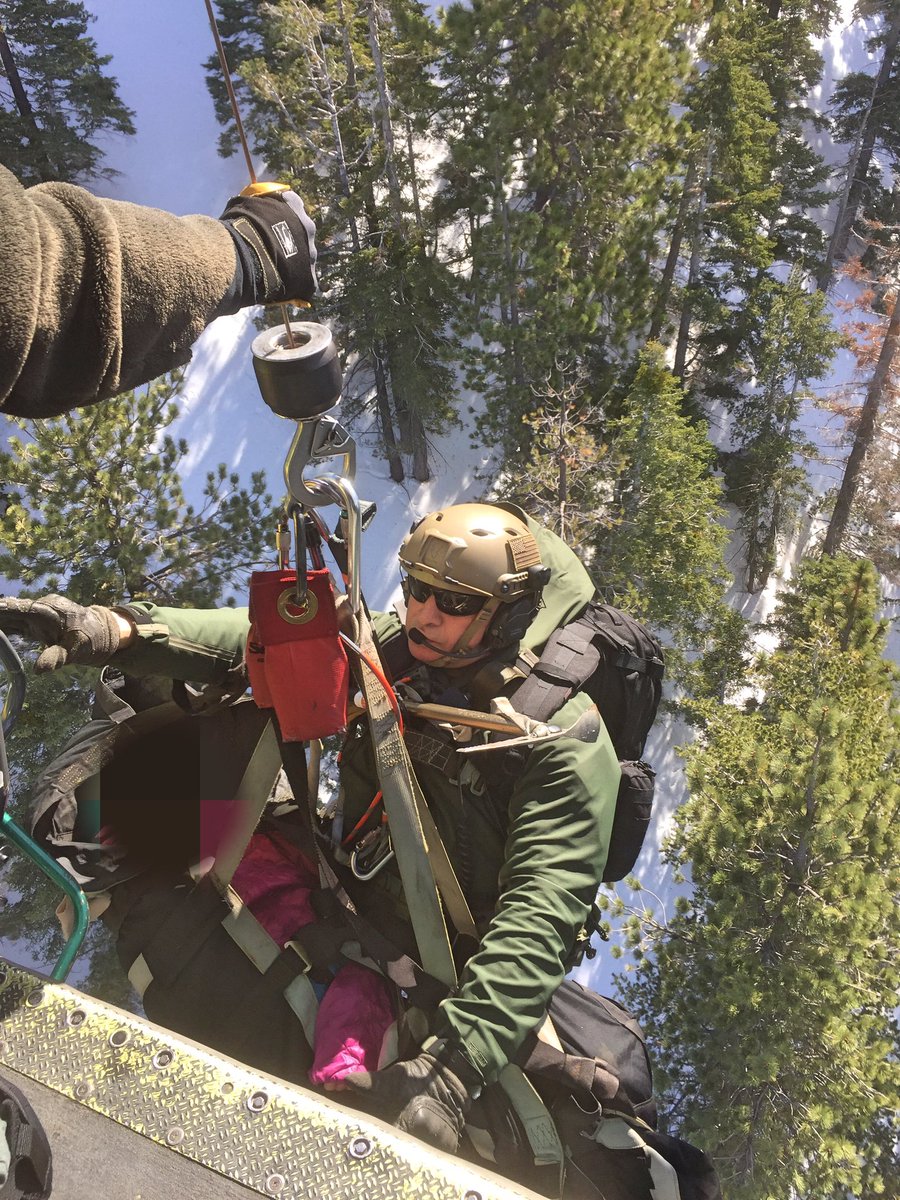 ANGELES NATIONAL FOREST >> Authorities have identified a 67-year-old Gardena man who died in a hiking accident that left four others injured in the Angeles National Forest on Saturday.
Michael J. Yoo died at the scene of the incident, which was first reported about 11:10 a.m. near Islip Saddle, along Angeles Crest Highway, just west of San Gabriel Canyon Road, Los Angeles County Department of Medical Examiner-Coroner Investigator Rudy Molano said.
He and four other members of a hiking club, described as three men and a woman in their 60s, when at least one of them fell down an ice chute, Sgt. Michael McGratten of the Los Angeles County sheriff’s San Dimas Station said.
It appeared the other hikers were trying to help when they fell as well, he said.
Ventura County search and rescue team members, who happened to be training in the area, worked with Los Angeles County sheriff’s search and rescue teams and Los Angeles County firefighters to reach the group using helicopters, as well as ice axes and other climbing hear, officials said.
“The injured hikers were located approximately three hundred feet down an icy slope, approximately one mile north of the starting point,’ Ventura County sheriff’s Deputy Chris Dyer said in a written statement. “The elevation was approximately 7,000 feet with a 70 degree incline. Rescue rope systems were implemented and rescuers made contact with injured hikers.”
Yoo was pronounced dead at the scene. An autopsy was pending.
Three of the other hikers were hospitalized, two of them with serious injuries, officials said. Another hiker suffered injuries described as minor.
“All were suffering from shock and hypothermia,’ Dyer said.

GARDENA >> The investigation continues into a solo-car crash on a freeway transition road in Gardena early Sunday that left three young men and a young woman dead.
The identities of the four victims of the 3:30 a.m. crash on a winding cloverleaf interchange between the 110 and 91 freeways were not released Sunday pending positive identification and notification of their families, Los Angeles County coroner’s officials said.
California Highway Patrol officials described the driver of the 1991 Ford Probe as an 18-year-old Inglewood man. His passengers were an 18-year-old Compton woman, an 18-year-old man whose hometown was not available and another man whose age and city of residence were unknown.
“According to witnesses, a blue Ford Probe traveling at a high rate of speed, northbound Interstate 110, transition to westbound State Route 91, lost control and struck a support pillar,” Officer D. Howell’s of the CHP’s South Los Angeles-area office said in a written statement.
Paramedics pronounced all four occupants of the car dead at the scene just after 3:45 p.m., he said.
No further details were released. The cause of the crash is being investigated by a CHP Multidisciplinary Accident Investigation Team, which specializes in major collisions.
Any witnesses, or anyone with information can reach the CHP’s South Los Angeles-area office at 310-516-3355.