ROSEMEAD >> A jury convicted a man of murder and other charges Thursday for a drunken driving crash that claimed the life of an Temple City woman and seriously injured her husband on a 10 Freeway offramp in Rosemead last year, officials said.
The Pomona Superior Court jury deliberated for one day before finding Juan G. Rios, 25, of Perris, guilty of second-degree murder, gross vehicular manslaughter while intoxicated, drunken driving, driving with a blood-alcohol level above .08 percent and hit-and-run, Los Angeles County District Attorney’s Office spokeswoman Sarah Ardalani said in a written statement. Jurors also found true the special allegation that Rios inflicted great bodily injury.
He was behind the wheel of a Honda Civic that collided with a Toyota Camry about 11:15 p.m. Nov. 7 on the Rosemead Boulevard offramp of the eastbound 10 Freeway, California Highway Patrol officials said.
Rios lost control of the Civic and crashed into the Camry which contained 58-year-old Kit Ching Leung of Temple City and her husband, according to the CHP. Both cars went down an embankment.
Leung, who was a passenger in the Camry, succumbed to her injuries at a hospital, CHP Officer Doris Peniche said. Her husband, who was driving the Camry, suffered serious injuries.
Rios ran from the crash scene but was quickly found and arrested.
Rios faces up to 24 years to life in state prison when he returns to court for sentencing Dec. 3.

PASADENA >> Police are seeking a driver who fled the scene late Friday after crashing a Chevrolet Camaro into two parked cars while racing or driving recklessly in Pasadena, authorities said.
The crash took place about 10:30 p.m. in the 100 block of West Claremont Street, Pasadena police Lt. John Mercado said.
Police received reports that a Camaro had crashed and overturned, possibly while racing another vehicle, the lieutenant said.
When officers arrived, they did not initially find the Camaro at the scene, “but did find two severely damaged parked vehicles,” Mercado said.
Officers soon found the Camaro, which had been moved to a nearby apartment complex parking lot and abandoned, he said. The driver was gone and had not been found Saturday.

MONTEBELLO >> City officials announced a $10,000 reward Wednesday for information leading to the arrest and conviction of a driver who fatally struck a 24-year-old Montebello man along Whittier Boulevard before fleeing the scene.
Steven Garcia rode his bicycle west along Whittier Boulevard about 10 p.m. on July 8 when he was struck by a white, 2000-2005 Ford F-150 pickup truck which was also heading west, according to Montebello police and Los Angeles County coroner officials said.
Garcia was severely injured in the collision, and the pickup truck sped away, officials said. It was last seen heading south on Third Street from Whittier Boulevard.
Garcia fought for his life for two days before succumbing to his injuries at a hospital July 10, coroner’s officials said.
The pickup truck struck Garcia with its passenger-side and left its side-view mirror behind at the scene, Montebello police Capt. Luis Lopez said in a written statement.
Police have conducted an extensive investigation but have yet to locate the truck and driver, Lopez said. The Montebello City Council authorized a $10,000 reward at their July 22 meeting.
“This collision took place at a time that Whittier Boulevard was well-traveled with vehicle and pedestrian traffic,’ the captain said. Any witnesses, or anyone with information, was asked to contact Montebello police Cpl. R. Yap at 323-881-1212, ext. 337.

PHOTO: Montebello police are seeking a white, 2000 to 2005 Ford F-150 pickup truck, similar to the one pictured, that struck and fatally injured 24-year-old Steven Garcia of Montebello at Whittier Boulevard and Bluff Avenue in Montebello on June 8, 2015. City officials have offered a $10,000 reward for information leading to the arrest and conviction of the hit-and-run driver. (Courtesy of the Montebello Police Department)

MONTEBELLO >> A 24-year-old Montebello man injured in a hit-and-run while riding his bike earlier this week died from his injuries Friday, officials said.
Steven Garcia died early Friday morning from injuries suffered when he was struck by at least one car about 10:30 p.m. Wednesday at Bluff Road and Whittier Boulevard, Los Angeles County Department of Coroner Lt. David Smith said. His city of residence was not available.
A description of the hit-and-run vehicle or vehicles was not available Saturday.
Garcia was hospitalized at Los Angeles County-USC Medical Center, where he succumbed to his injuries at 12:40 a.m. Friday, Smith said.
In a Facebook post, the organization Ghost Bikes L.A. announced plans Saturday for an 8 p.m. candlelight vigil at the crash scene in honor of Garcia.
Garcia’s own Facebook page indicates he lived in Montebello, had attended Montebello High School and worked at a local painting and sandblasting business.
A fund to help Garcia’s family has been set up at www.gofundme.com/z275dnw.

ROSEMEAD >> A driver struck and seriously injured a homeless man and his dog along Mission Drive in Rosemead before fleeing the scene early Saturday, officials said.
The 69-year-old man was pushing a cart along Mission Drive near Encinita Avenue when he was struck by a white sedan just before 4:30 a.m., Los Angeles County sheriff’s Sgt. James Long said.
The vehicle drove away, he said. No further description of the car or the driver was available.
Long said the victim suffered “very serious” injuries and was taken to Los Angeles County-USC Medical Center for Treatment. His dog, a Chihuahua, was taken to a veterinarian for treatment as well.
Anyone with information can reach the sheriff’s Temple Station at 626-285-7171.

SOUTH EL MONTE >> A Rosemead man died after he was struck by two vehicles, both of which fled the scene, while riding his bicycle along Rosemead Boulevard early Saturday, authorities said.
Los Angeles County coroner’s officials identified the victim as 47-year-old Heriberto Ruiz.
He died at the scene of the series of collisions that unfolded about 2:50 a.m. in the southbound lanes of Rosemead Boulevard, just north of the 60 Freeway, Officer T. Olson of the California Highway Patrol’s East Los Angeles Station said in a written statement.
The two vehicles that struck him and their drivers remained at large.
Ruiz was riding a bike in the right-hand lane when he was struck by an unknown vehicle, Olson said.
The initial impact was believed to be fatal, the officer said. No description of the vehicle that struck Ruiz was available.
Another driver stopped alongside Ruiz after spotting him lying in the roadway, Olson said. A white, late-2000s-model minivan then struck Ruiz and the stopped car before speeding away.
The driver of the stopped car was unhurt, CHP Officer Monica Posada said.
Anyone with information was asked to contact the CHP’s East Los Angeles office at 323-980-4600.

NORWALK >> Detectives are seeking a party bus that struck a Norwalk man and dragged him more than 200 feet before fleeing the scene early Saturday, officials said.
Efren Virgen, 26, was crossing Fairford Avenue, just south of Ratcliffe Street, about 2:30 a.m. when he was struck by southbound bus, Los Angeles County sheriff’s officials said.
“The victim was dragged by the vehicle for over 200 feet and suffered major injuries,” Detective Carl Anna said in a written statement.
Rescuers took Virgen to a hospital, where he was in critical-but-stable condition in an intensive care unit Saturday afternoon, Lt. Eric Smitson said.
A witnesses described the bus as a black party bus of the type rented out by groups for special occasions, the detective said. “As the suspect’s vehicle drove past the witnesses, he saw that the interior neon lights were flashing, and heard music coming from inside.”
The bus was last seen heading west on Foster Road, Anna said.
“We are looking for witnesses to come forward that were either on the above ‘party bus,’ or have knowledge of any similar vehicle that may have been in the Norwalk area at or near the indicated time,” Anna said.
Anyone with information is asked to contact the sheriff’s Norwalk Station at 562-863-8711. Tips may also be submitted anonymously to L.A. Regional Crime Stoppers at 800-222-8477.

IRWINDALE >> Coroner’s officials have released the name of a 35-year-old West Covina man who was struck and killed by a hit-and-run driver while changing a tire along the side of the 605 Freeway in Irwindale just over a week ago.
Kevin Armando Marquez died at the scene of the collision, which took place about 3:30 a.m. on Jan. 30 along the southbound 605 Freeway, just north of Rivergrade Road, Los Angeles County Department of Coroner Lt. Fred Corral said.
Marquez was changing a flat tire on a 2001 Honda Accord parked on the right shoulder of the freeway when he was struck, California Highway Patrol Sgt. Arlene Brannon said.
An unknown vehicle heading south veered to the right shoulder and struck Marquez, Brannon said.
Los Angeles County Fire Department paramedics pronounced Marquez dead at the scene, officials said. The impact was believed to have killed him instantly.
An autopsy determined that Marquez died from multiple blunt force injuries, and his death was ruled accidental, Corral said.
The vehicle fled the scene.
A second driver struck Marquez’s body following the first collision, but the driver stopped at the scene and cooperated with investigators, officials said.
No description of the hit-and-run vehicle was available.
Anyone with information was asked to contact the Baldwin Park office of the CHP at 626-338-1164. 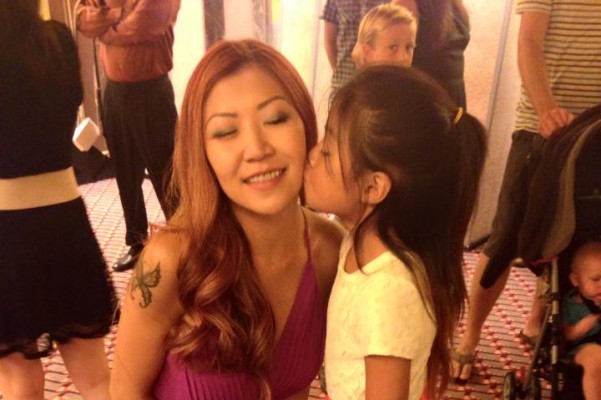 WEST COVINA >> A 31-year-old Los Angeles woman who was severely injured in an alleged DUI, hit-and-run crash in west Covina last week succumbed to her injuries Thursday, authorities said.
Sherry Yu has been hospitalized in critical condition since Dec. 30, when accused drunken driver Raymond Simon Alvarado, 21, of San Bernardino ran a red light while drunk, slamming into a car Yu was riding as a passenger in, according to West Covina police spokesman Rudy Lopez.
Yu died from her injuries Thursday at a hospital.
Police said Alvarado blew through a red light at Azusa Avenue while speeding west on Rowland Avenue about 9:15 p.m. His Honda Civic struck the Acura Integra Yu was riding in, which was making a left turn from eastbound Rowland Avenue onto northbound Azusa Avenue.
Yu’s boyfriend, who was driving the Acura suffered non-life-threatening injuries, officials and friends said. 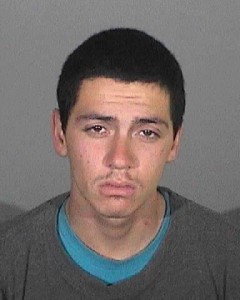 Alvarado then tried to flee the scene on foot, but was pointed out by a witness and arrested, Lopez said.
He appeared in Pomona Superior Court Monday and pleaded not guilty to charges of DUI causing great bodily injury, driving with a blood-alcohol level greater than .08 percent causing great bodily injury, felony hit-and-run and driving without a license, Los Angeles County District Attorney’s Office spokesman Ricardo Santiago said. He was ordered back to court for a hearing Jan. 28.
Police notified prosecutors of Yu’s death for consideration of additional charges, such as vehicular manslaughter, authorities said.
According to Los Angeles County booking records, Alvarado remained behind bars Thursday in lieu of $210,000 bail at the North County Correctional Facility in Castaic.
West Covina police traffic investigators returned to the scene of the crash Thursday evening to take measurements and photographs as part of the ongoing investigation, Lt. Pat Cirrito said. The intersections was closed to traffic overnight.
Family and friends have set up an online fund to help cover medical and burial expenses at http://www.gofundme.com/SherryinComa.

AZUSA >> A hit-and-run driver struck and badly injured a man in an Azusa crosswalk early Thursday, police said.
The 28-year-old victim suffered serious injuries in the 12:23 a.m. hit-and-run on Irwindale Avenue, just north of McKinley Avenue, Azusa police Sgt. Xavier Torres said in a written statement. He was hospitalized in “guarded” condition, the sergeant said.
The man was crossing Irwindale Avenue inside a crosswalk when he was struck, police said.
“A vehicle traveling northbound on Irwindale Avenue struck the pedestrian without slowing down or stopping,” Torres said. “It was last seen northbound on Irwindale Avenue.”
The car involved in the collision remained at-large Thursday afternoon, Azusa police officials said. It was initially described as a dark-colored or tan BMW or Mercedes-Benz sedan with a possibly cracked or broken windshield and damage to the front, right portion.
Anyone with information was asked to contact Azusa police Sgt. Randy Schmidt at 626-812-3210, or the Azusa Police Department at 626-812-3241.