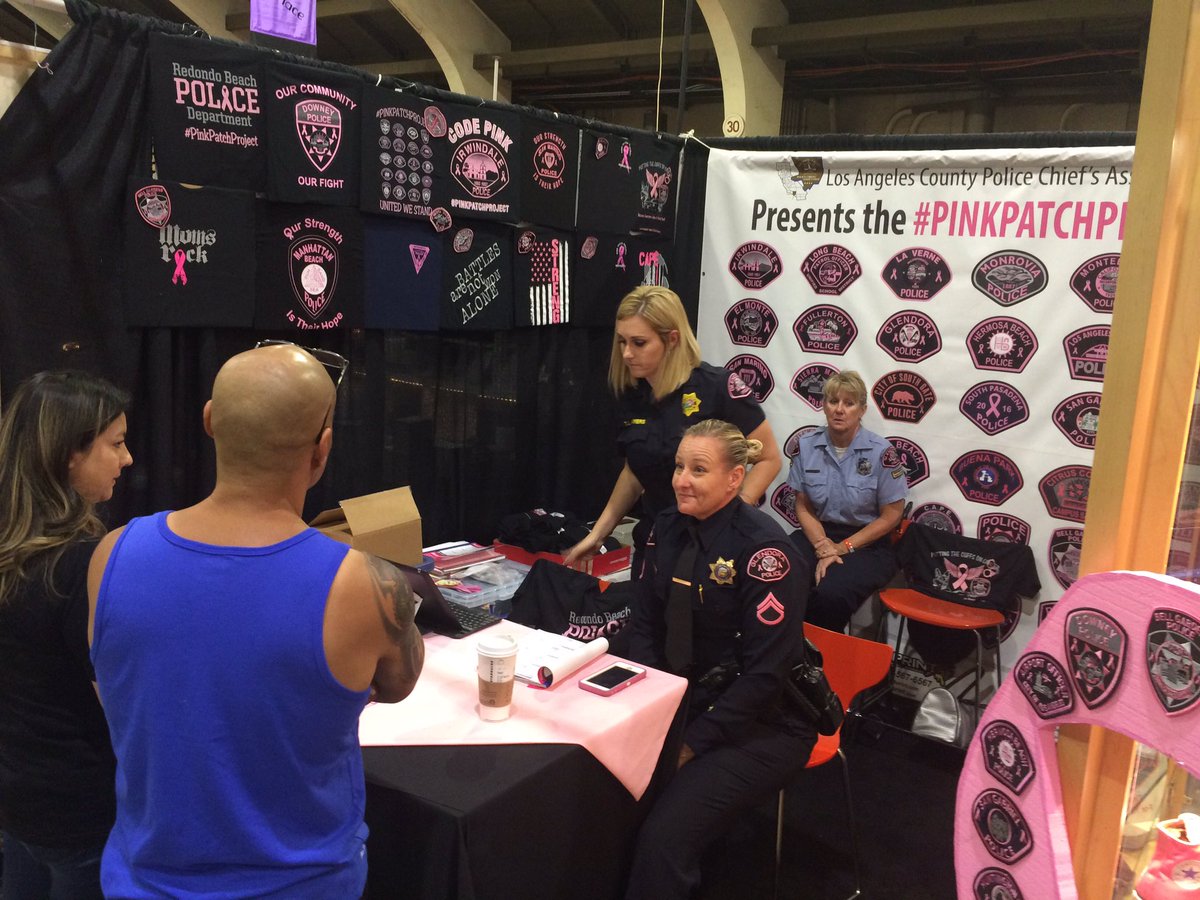 IRWINDALE >> A small Southern California police department’s colorful effort to combat breast cancer has spread like wildfire, with 44 police agencies from across the region and the nation now joining the campaign by trading their traditional shoulder patches for bright pink versions.
Police are staffing a “Pink Patch Project” booth during the L.A. County Fair at the Fairplex in Pomona this month, where guests can purchase T-shirts, challenge coins, and of course, pink police department patches offered by the dozens of participating agencies, according Irwindale Police Sgt. Rudy Gatto.
The project has been well-received by fellow police officers and the public, Gatto said.
“In just three days at the L.A. County Fair, we have raised upwards of $10,000, (and) that’s just at the fair,” the sergeant said.
Proceeds from the memorabilia sales are being donated to fund cancer research, treatment and education, officials said.

Irwindale police first donned their pink patches and made them available for purchase by the public last year. The Irwindale Department was inspired by the Seal Beach Police Department, which gave officers pink patches in 2013 to stimulate conversation and raise awareness during Breast Cancer Awareness Month.
“That year, the Irwindale Police Department raised over $20,000 for City of Hope,” Irwindale police said in a written statement.
This year, the department reached out to expand the project, Gatto explained. About 20 agencies from the Los Angeles County Police Chiefs’ Association initially joined in, followed by another two-dozen who heard of the project largely via social media outreach.
In addition to dozens of Southern California police agencies, departments as far away as New Mexico and New Jersey have joined the effort by sporting pink. A police sergeant from the Lyndhurst Police Department in New Jersey planned to visit the Punk Patch Project booth at the L.A. County Fair on Sunday, Gatto said.
During Breast Cancer Awareness month in October, officers in participating agencies wear the pink patches in lieu of their usual ones.
The Pink Patch Project is also come as a boon for law enforcement patch collectors, who have seen more and more department’s stop selling their normal department patches to the public in recent years over safety concerns.
For more information, including a list of participating agencies and how to purchase their patches and other memorabilia, visit www.pinkpatchproject.com.