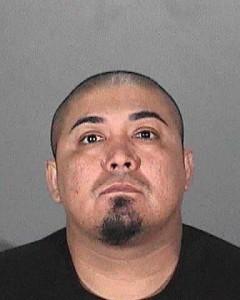 COVINA >> Police jailed a La Puente man Thursday on suspicion of bilking about 30 victims out of an estimated $100,000 by posing as a utlity representative offering to help them get a job with the Los Angeles Department of Water and Power, officials said.
James Raymond Zulaica, 37, is accused of grand theft and identity theft for his alleged scam, which has been ongoing since July, Covina police Sgt. Gregg Peterson said in a written statement.
Calling himself, “Jimmy Rojas,” Zulaica has been falsely claiming to work for the LADWP, Peterson said. He told his victims that for a fee, he could help them get jobs at the utility.
“The fees he charged each individual victim ranged from $1,300 to $15,000. The total losses of all victims are estimated to be approximately $100,000.”
Police arrested Zulaica early Thursday while carrying out a search warrant at his La Puente home.
According to county booking records, Zulaica was being held in lieu of $45,000 bail pending a scheduled arraignment Tuesday in West Covina Superior Court.
Police are seeking additional victims of the alleged con, and asked anyone with information to contact Covina police detectives at 626-384-5615.