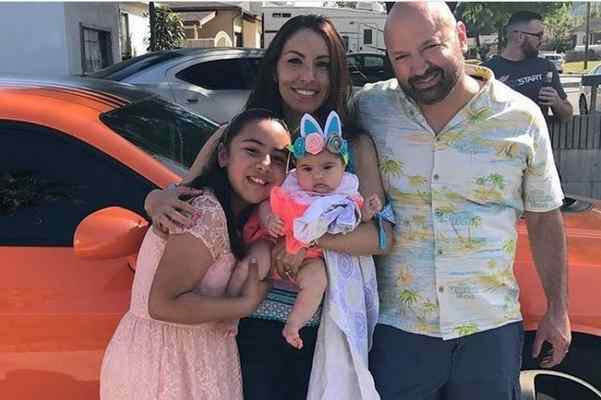 LAKE HAVASU, ARIZ. >> A husband and wife from Monrovia drowned Friday while boating on Lake Havasu in Arizona, authorities said.
Esmeralda Gonzalez, 41, and Raul Gonzalez, 44, died in the apparent accident, reported shortly before 3:30 p.m. near the Crazy Horse Docks, along the eastern shore of Lake Havasu, Mohave County sheriff’s officials said in a written statement.
They were on board a boat with another man and two young children that was floating just west of the Crazy Horse Cove when the incident took place.
Esmeralda Gonzalez jumped into the water to go for a swim, sheriff’s said. She was not wearing a life jacket.
“Esmeralda began to panic in the water, so her husband, Raul Gonzalez, 44, jumped in to rescue her,” according to the statement. “Raul also was not wearing a life jacket. Both were seen struggling in the water prior to them both going under the water’s surface and not resurfacing.”
Off-duty Los Angeles County sheriff’s deputies who happened to be nearby pulled the unconscious woman from the water and onto their boat and performed CPR as they brought her to the Crazy Horse Docks, MCSO officials said. Paramedics pronounced her dead at the scene.
Rescuers then learned a second person, Raul Gonzalez, was also missing from the boat and began searching the water where the boat had been.
“At about 3:45 p.m., the male subject was located at the bottom of the lake in approximately 12 feet of water by personnel from the Lake Havasu City Police Department and the San Bernardino County Sheriff’s Department marine units,” the MCSO statement said. “(Raul Gonzalez) was transported to the Crazy Horse Docks where he was also pronounced deceased.”
Autopsies are scheduled, and investigators were looking into whether alcohol played a role in the accident, officials said. The investigation was ongoing.
The couple had been married six years and are survived by children including a 6-month-old daughter.
The fund, at www.gofundme.com/RAUL-AND-ESMERALDAS-SERVICES, had raised more than $11,000 by Sunday morning.
“Raul was a loving father who was a leukemia survivor who dedicated the rest of his life to helping the children at the Children Hospital in Los Angeles,” according to a statement on the memorial page. “Raul was loved by (everybody) around him and in the community and was known to always be there for (everybody) and would put everybody’s needs before his own.
“Esmeralda was a loving wife and mother who devoted her life to her kids and her husband,” the statement continued. “She always put them first above anything and was a true blessing to Raul and her children.”