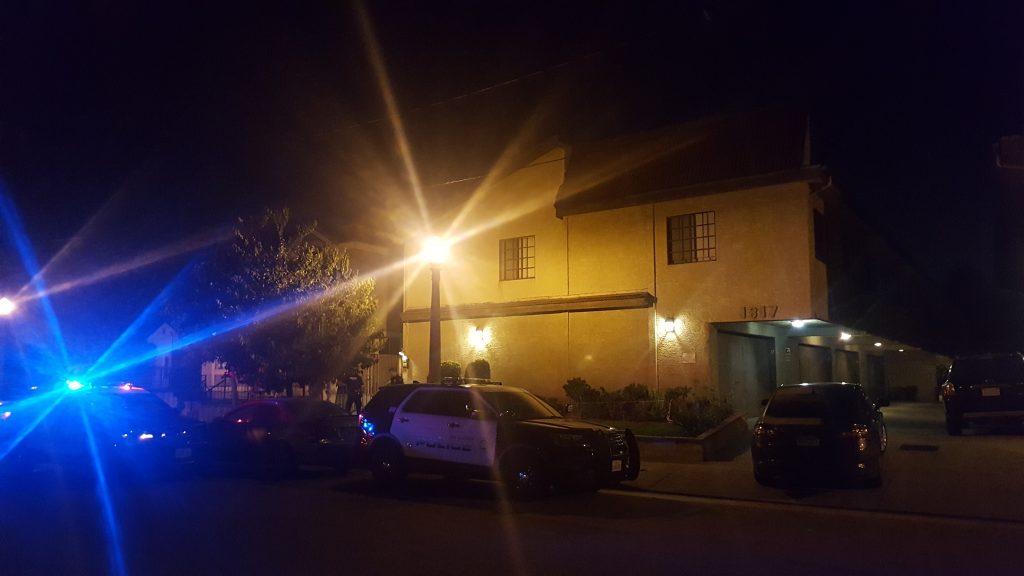 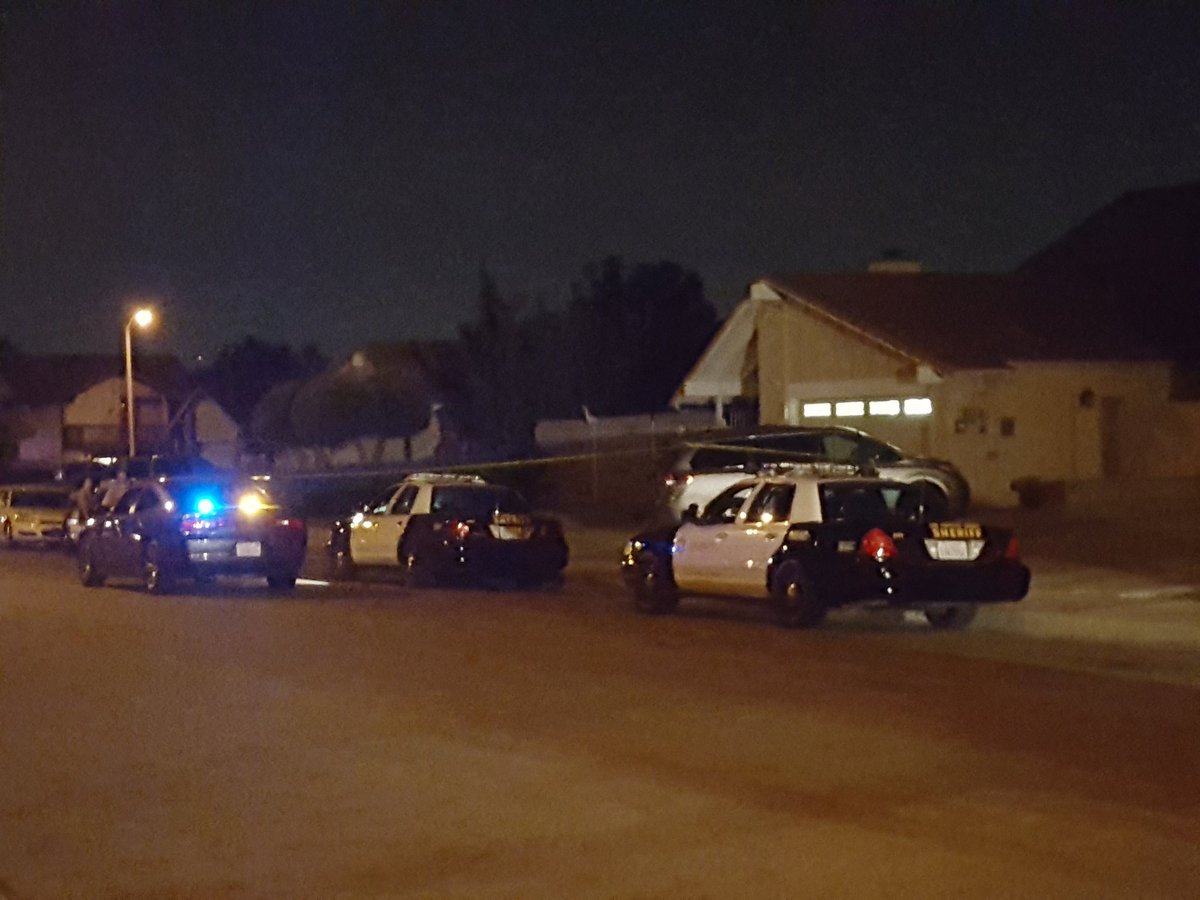 WALNUT >> Homicide detectives are investigating the fatal shooting of a man and woman inside a Walnut home Thursday as a murder-suicide, authorities said.
Yusheng Zhuang, 68, fatally shot his 50-year-old wife, Guizhi Zhang, before turning the gun on himself, according to Deputy Guillermina Saldaña of the Los Angeles County sheriff’s Information Bureau.
A report of a “family disturbance” shortly before 11:30 a.m. first drew deputies to the home in the 100 block of Avenida Grulla, sheriff’s officials said.
While responding to the call, which came from someone outside of the home, deputies received information that there may be firearms inside the house, Sgt. Bill Cotter of the sheriff’s Homicide Bureau said. 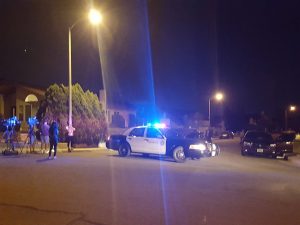 After receiving no answer at the door of the home, deputies surrounded the two-story house and called for a sheriff’s SWAT team to take over the scene, officials said.
Members of the sheriff’s Special Enforcement Bureau made entry into the house about 4:30 p.m., Cotter said.
They discovered the bodies near one another on the first floor of the home, the sergeant said.
“A firearm was recovered at the scene and after the initial investigation, it was determined that a possible murder-suicide had occurred,” Saldaña said in a written statement.
Officials had no contact with anyone inside the home prior to the discovery of the bodies, according to Cotter.
No neighbors or deputies reported hearing gunshots at any point Thursday, he said.
While the shooting appeared to be a murder-suicide, detectives were still investigating who the shooter was, Cotter said.
Anyone with information is asked to contact the sheriff’s Homicide Bureau at 323-890-5500. Tips may also be submitted anonymously to L.A. Regional Crime Stoppers at 800-222-8477.

A man killed his daughter and her girlfriend after a heated argument in El Monte, officials said. Here’s the complete story from reporter Ruby Gonzales.

Called in to police by relatives about 4:30 a.m. Thursday.

The relationship of the victims remains unclear.

From the Torrance Daily Breeze:

A Wilmington man, despondent over work issues,
killed his wife, three daughters and two sons before committing suicide
in his home this morning, police believe.

Though officials have not released the man’s identity, he is
believed to be Ervin Antonio Lupoe, 40. His wife is believed to be Ana
Elizabeth Lupoe.

Los Angeles police officers found the bodies of Lupoe and his family
about 8:30 a.m. in various rooms of the home in the 1000 block of North
McFarland Avenue

Police went to the home within minutes after Lupoe faxed a two-page
typed letter to KABC Channel 7 and placed a phone call to the station
to tell them he was going to kill his family, said Los Angeles Police
Deputy Chief Kenneth Garner.

Somebody at the station called the Harbor Division to report the
incident. While they were talking, Lupoe called 911 and told them he
had just gotten home and found that his whole family had been killed.

When police arrived, they could detect the scent of recent gunshots.

Fox 11 is reporting as many as seven bodies have been found in a Wilmington home this morning.  LA Times has five, AP reporting two.
Here’s the AP story, sounds like a murder-suicide:

Officer
Ana Aguirre says officers got a call about a shooting shortly before
8:30 a.m. Tuesday. They went to the 1000 block of MacFarland Avenue and
found at least two members of the same family dead inside a two-story
home.

Aguirre says there are at least two bodies but the home hasn’t been completely searched and there may be more.

Other details are unclear but Aguirre says police aren’t actively looking for a killer.

Looks like the total is six bodies. Murder-suicide now more likely, according to the latest AP story, which begins like this:

A father apparently distraught over job problems shot and killed his wife and five young children and then committed suicide at their home Tuesday, police said. The victims
included two sets of twins.

The victims were not immediately identified.

“He was despondent, clearly, over his job situation,” Garner said.