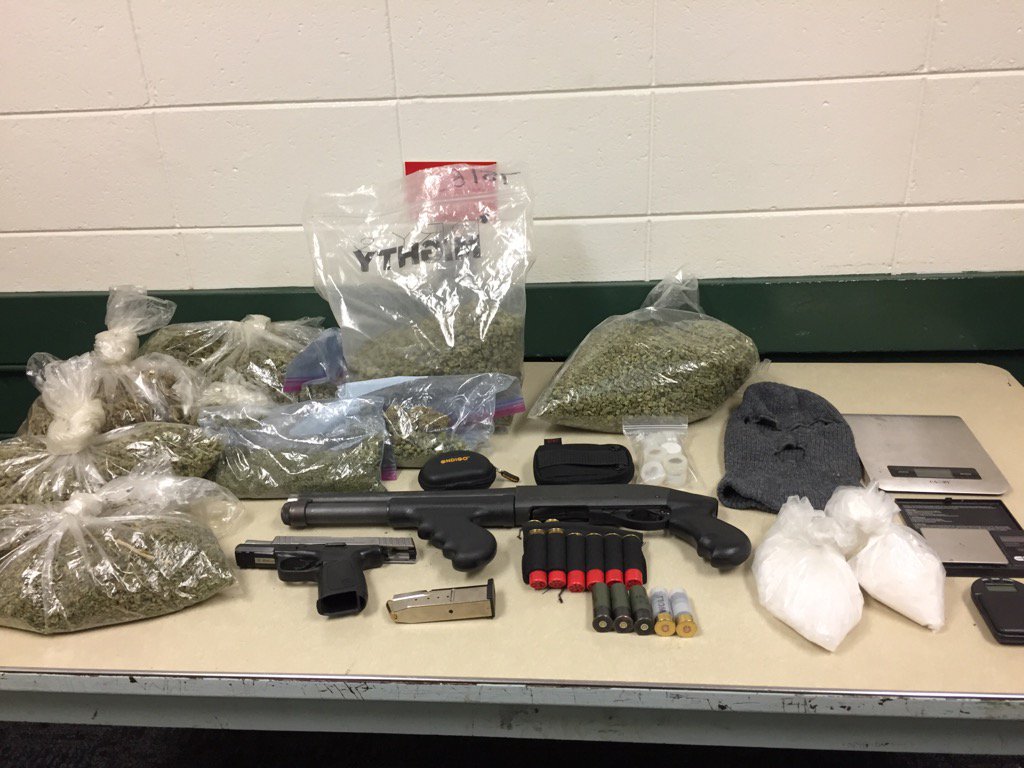 INDUSTRY >> Detectives following up on an Industry attempted burglary investigation arrested two men and seized two pounds of methamphetamine, a large amount of marijuana, cocaine, three guns and stolen property while carrying out a search warrant in West Covina on Tuesday, authorities said.
The bust took place in the morning at a home in West Covina, Capt. Tim Murakami of the Los Angeles County sheriff’s Industry Station said.
Detectives had obtained a search warrant from the home as part of an investigation into a burglary attempt that took place in Industry about a week earlier, the captain said. Would-be burglars had rammed a rental car into the roll-up door of a business in an unsuccessful attempt to break in.
While serving the warrant, investigators found more than they had bargained for.
Recovered was a sawed-off shotgun, two stolen handguns, about two pounds of methamphetamine, a large amount of marijuana, cocaine, stolen property and a ski mask, according to Murakami.
In addition, deputies seized equipment used to both grow marijuana, as well as process it into concentrated “honey oil,” he said.
Two men at the home were arrested on suspicion of multiple felony gun and drug charges, Murakami said. Their identities were not available Wednesday afternoon. 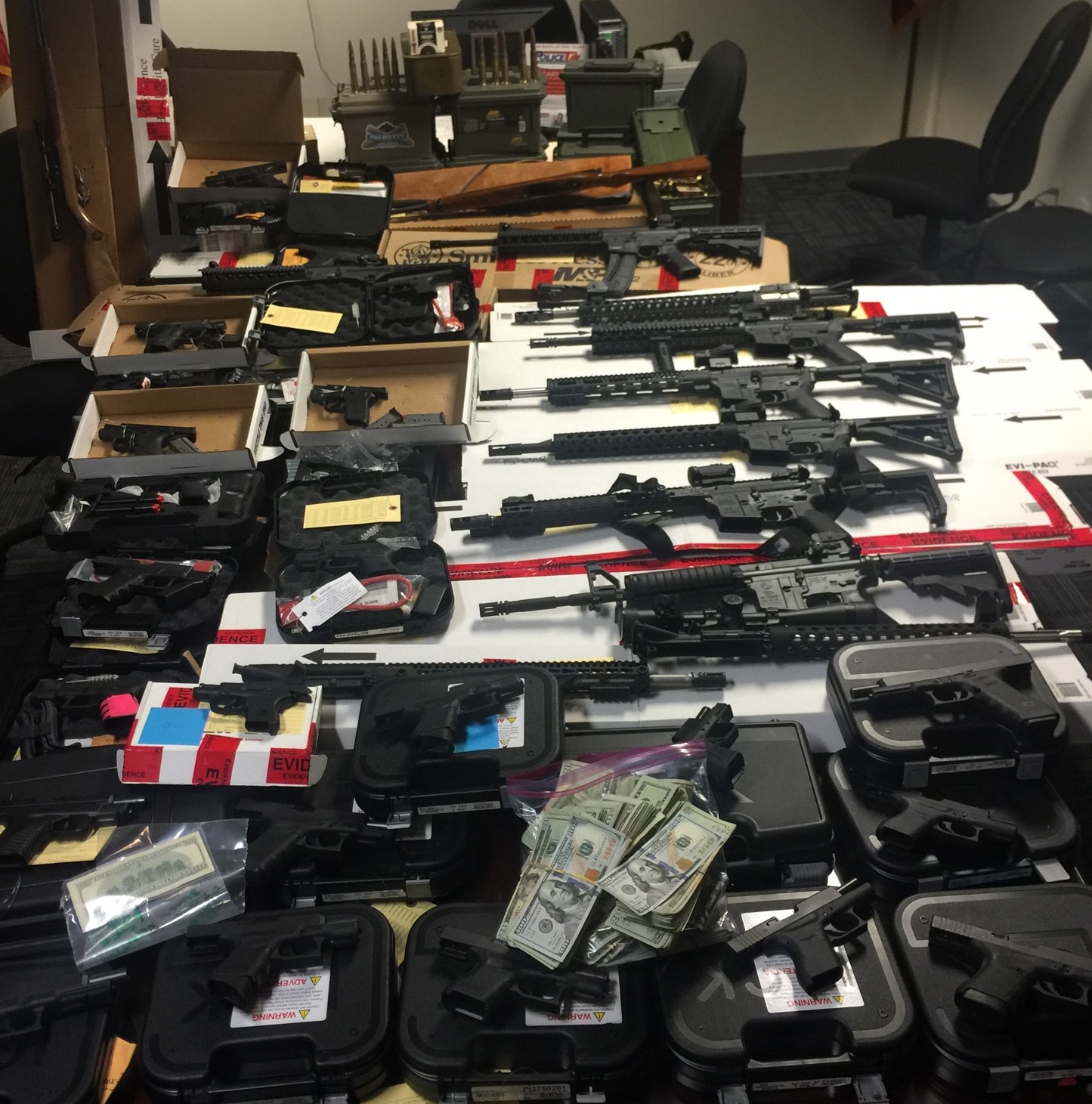 LA HABRA >> Police arrested three people and seized a large cache of guns, including assault weapons, marijuana and cash during three early-morning raids in La Habra stemming from an ongoing drug investigation, authorities said.
La Habra police were joined by local, county and federal counterparts as they carried out search warrants about 3 a.m. in the 1400 block of West Lambert Road, the 1200 block of North Cypress Street and the 600 block of South Palm Avenue, La Habra police officials said in written statement.
“Searches at these locations led to the discovery and confiscation of 11 assault rifles, 25 handguns, 12 illegal 30-round assault rifle magazines, and parts to build another 12 assault rifles,” according to the police statement.
Investigators also seized about 40 pounds of marijuana and $44,600 in suspected drug proceeds, police said.
Arrested were Adam James Kinney, 28, Grant David Winn, 30, and Kristina Thompson, 25, all of La Habra, according to La Habra police and Orange County booking records.
They were booked on suspicion of drug-related crimes, as well as child endangerment, officials said.
Kinney was being held in lieu of $50,000 bail pending his initial court appearance, while Winn and Thompson were being held in lieu of $100,000 bail each, records show.