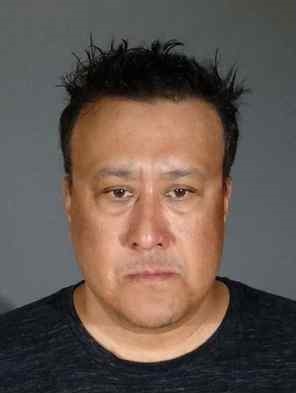 A South El Monte elementary school teacher accused of inappropriately touching five female students denied five criminal charges in court on Thursday, officials said.
Joseph Alfred Baldenebro, 54, of Montebello has served as a teacher at Miramonte Elementary School in South El Monte for the past 21 years, according to Lt. Todd Deeds of the Los Angeles County Sheriff’s Department’s Special Victims Bureau.
Prosecutors charged him in June with one felony count of committing a lewd act upon a child and four misdemeanor counts of child molestation for alleged crimes against the students, which took place on school grounds between August of 2015 and May of 2017, according to Los Angeles County District Attorney’s Office spokeswoman Sarah Ardalani. He served as a 4th- and 5th-grade teacher at the time of the alleged crimes.
Following his arrest on June 21, Baldenebro posted $102,000 bail on July 1 and was released from custody pending the trial process, Los Angeles County booking records show.
He pleaded not guilty Thursday during an arraignment hearing in the Pomona branch of Los Angeles County Superior Court, authorities said.
Mountain View School District officials said Baldenebro was placed on administrative leave once the allegations came to light.
If convicted as charged, Baldenebro could face up to 12 years in state prison. 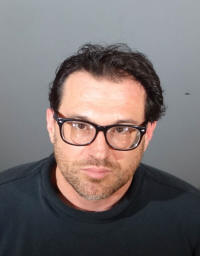 WHITTIER >> Police jailed a teacher from Vail High School in Montebello on Friday on suspicion of carrying on a sexual relationship with a then-17-year-old student of the school, officials said.
Brian Lee Ward, 46, of Whittier was booked on suspicion statutory rape following his 2:30 p.m. arrest at his home on Comstock Avenue, Whittier police officials said in a written statement.
“Ward had developed a sexual relationship with the student over the course of several months in 2016,” according to the statement. “Though she was not his student, she did attend Vail High School at the time, where Ward is a teacher.”
Montebello Unified School District officials notified Montebello police upon learning of the allegation in December, police said. Montebello police turned the investigation over to their counterparts in Whittier after learning the alleged crimes took place at Ward’s home in their jurisdiction.
“Whittier Detectives were able to develop enough information to file for an arrest warrant out of Norwalk court,” the police statement said.
He was being held in lieu of $100,000 bail pending his initial court appearance, officials said.
Ward’s employment status with the MUSD was unclear late Friday.
Anyone with information is encouraged to contact Whittier police at 562-567-9255. Tips may also be submitted anonymously to L.A. Regional Crime Stoppers at 800-222-8477. 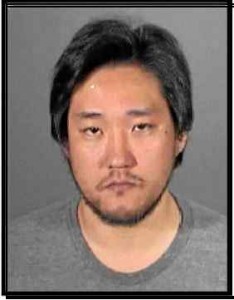 A Hacienda Heights high school chemistry teacher admitted molesting two of his students during a court hearing Wednesday, authorities said.
David Park of Chino Hills pleaded guilty in Pomona Superior Court to charges of committing lewd acts on a child and oral copulation of a person under 16, Los Angeles County District Attorney’s Office spokeswoman Sarah Ardalani said. He admitted to molesting one former student in 2014, and another in 2011, Ardalani said. Both girls were 15 years old when the abuse started.
Park taught at Los Altos High School at the time of the crimes, and previous worked as a “walk-on” football coach at Ruben. S. Ayala High School in Chino Hills, and taught at Western Christian School in Upland.
Park is expected to receive three years in state prison when he returns to court for sentencing Dec. 3, officials said. He will also be ordered to register as a sex offender for the rest of his life.
Under a negotiated plea deal, four additional charges related to child-molestation are to be dismissed at the sentencing hearing, Ardalani said.
Los Angeles County sheriff’s deputies first arrested Park in February after Hacienda La Puente Unified School District officials first learned of a sexual relationship between Park and a 15-year-old student, investigators said.
As the investigation into the 2014 allegations was ongoing, “A former student came forward and revealed Park had sexually abused her in 2011,” Ardalani said.

EL MONTE >> Police arrested an El Monte middle school teacher on suspicion of inappropriate behavior with female students last week, officials confirmed Wednesday.
Police arrested Marcos Miguel Bowers, 45, of Covina Friday on suspicion of committing lewd acts with four underage victims, according to El Monte police officials and Los Angeles County booking records. He posted $100,000 bail and was released from custody three hours later.
The arrest came at the end of a month-long investigation that began April 2, El Monte police Sgt. Richard Luna said in a written statement. Police were notified that Bowers had been involved in “inappropriate physical contact” with a juvenile, Luna said. Bowers was placed on leave at the outset of the investigation.
“The investigation continued, which resulted in the identification of three additional victims,” Luna said. Police described the alleged victims all as juveniles under the age of 17. But the specific ages and genders of the students were not released Wednesday, nor was information regarding whether the alleged victims were students.
Bowers taught math and science teacher at Kranz Intermediate School, according to the school’s website.
Mountain VIew School District officials could not be reached for comment late Wednesday, nor could Bowers.
Bowers was scheduled to appear for arraignment July 9 in Pomona Superior Court, officials said.

ALTADENA >> A former teacher at an Arcadia private high school accused of falsely imprisoning three teenagers at knifepoint and demanding they drive him to a fast-food restaurant pleaded “no contest” Thursday to two felony charges, authorities said.
Under a negotiated plea arrangement, ex-John Edward Maust, 34, of Altadena pleaded no contest to two counts of false imprisonment by violence, Los Angeles County District Attorney’s Office spokesman Ricardo Santiago said. An additional count of false imprisonment, as well as a count of kidnapping and two counts of assault with a deadly weapon were dismissed.
Pasadena Superior Court Judge Elaine Lu sentenced Maust to five years of formal probation, 180 days of community service and more than 50 Alcoholics Anonymous sessions, Santiago said.
The bizarre crime took place on Saturday, June 7, 2014, after three 17-year-old boys, two of whom were Maust’s students at Arroyo Pacific Academy in Arcadia, were driving around and saw Maust in his driveway, according to district attorney’s and Los Angeles County sheriff’s officials.
Maust appeared to have been drinking when jumped into the back of their car, brandished a knife and told the teen’s to drive, Santiago said. Two of the teens got out of the car and called for help.
“When the driver attempted to also exit, Maust placed him in a choke hold with the pocket knife up to him and demanded that he be taken to a fast food restaurant,” Santiago said.
After going to a Jack-In-The-Box restaurant, Maust ordered the driver stop and fled on foot after a sheriff’s helicopter arrived overhead, officials said. He was arrested the following day and released from custody on $300,000 bail, according to county records.
School officials placed Maust on administrative leave at the outset of the investigation, officials said. His employment has since ended, however further details were not available.

Closing arguments began Tuesday for the trial of Wade Bughman of Monrovia, 43, who was charged with crimes of a sexual nature against five girls over a period of 15 years while he taught at Beardslee Elementary School in Duarte.

The nine counts against Bughman include oral copulation of a person under 14, the crime of continual sexual abuse, forcible rape, sexual penetration with a foreign object and lewd acts upon a child.

With enlarged photos of the five young girls smiling behind her, Los Angeles County Deputy District Attorney Debra Archuleta told jurors the girls endured physical, emotional and psychological abuse at the hands of a pedophile that robbed them of their innocence.

Many of the girls were shy or submissive and some sat in the back of the classroom, she said. They were allegedly molested at lunch, during recess or after school in the “Think Together Program.”

Some of the girls in his class called him “rapist” and had code words to warn others they needed help, Archuleta said. She described Bughman as a “practiced and skilled manipulator” in satisfying his own lusts and desires.

Can’t find him on megan’s law registry, but looks like he was arrested in April and then again this week. Not sure if he was teaching between then and now.

Wade Bughman, 41, is a sixth-grade teacher at Beardslee Elementary School. Bughman was charged last week in a felony complaint for an arrest warrant, according to the District Attorney’s Office. He is expected to be arraigned Friday afternoon in Pasadena, where prosecutors will recommend that bail be set at $2.1 million.

Bughman was charged with four counts each of continuous sexual abuse and lewd act upon a child, along with one count each of oral copulation of a person under 14, forcible rape and sexual penetration using a foreign object. The alleged abuse took place between August 1997 and April of this year.

According to prosecutors, all of the victims were under age 14 at the time, and the youngest was a second-grader. All were students at Beardslee Elementary, according to the District Attorney’s Office.