The numbers don’t add up when it comes to Rosemead High School running back Matt Fregoso.

“It’s pretty much heart,” Fregoso said in explanation of his gaudy numbers for such a light frame.

“I just like playing football and I do it with passion.”

7 p.m. on Friday at Glendale High.

It’s no secret what Rosemead wants do to when it has the ball. Panthers coach Matt Koffler was a standout quarterback in high school who earned his way to USC, but when it comes to play-calling he keeps the ball heavily grounded.

And when it’s time to hand the ball off, the instructions are simple: get Fregoso the ball and watch him roll.

In last week’s first-round win over Temple City, Fregoso racked up 374 yards and scored all seven of Rosemead’s touchdowns in a 49-36 win.

The week before, he ran for 336 yards and six scores against El Monte while helping Rosemead secure second place in the Mission Valley League and a spot in the playoffs.

Following the progression, that means Fregoso is headed for eight touchdowns against Village Christian on Friday.

“I sure hope so,” Fregoso said, “but I try to not to look at the stats and just worry about the game.

“I just worry about getting wins for my team.”

Fregoso’s huge senior season has made him the second-leading rusher in the state, but at Rosemead he’s just the latest in a long line of exceptional ball carriers. Rosemead has had a 1,000-yard rusher every year since 1999.

“He’s right up there with all of them,” Koffler said. “He doesn’t get caught. I’ve had some good ones, but the one thing that separates him is that he just refuses to lose. He does whatever it takes to win.

“Last week, I just knew he was ready to play and I was going to give him the ball until he fell.

“What’s even more impressive is they load up the box and just can’t stop him. It must be demoralizing because they have eight, nine, 10, 11 guys in the box and still can’t do anything about it. But it’s a fun thing to watch on my side.”

Fregoso comes from a family that’s no stranger to athletic success. His half brother, Anthony White, was a star football player at Rosemead before playing at Utah. White now is head coach at Buena Park, where he’s led a resurgence of that school’s football program.

Fregoso’s half sister, Jennifer White, was a standout basketball and softball player at Rosemead while brother Justin Fregoso was a decorated wrestler.

Last week’s win over Temple City was special because both of his brothers saw him run wild in one of his best statistical performances of the season.

“It was a pretty close game and I pretty much kept on scoring and scoring,” Fregoso said. “I was just worried about beating Temple City, and then after the game is when I realize how many touchdowns I had.

“My brothers were there and they mentioned how great I did, and it made me real proud.”

The longer Rosemead’s season lasts, the scarier Fregoso’s numbers are likely to become. To keep the Panthers playing, though, Fregoso will need the game of his life against a Village Christian team that just knocked off top- seeded Azusa.

Whether Rosemead can pull it off remains to be seen, but for now Fregoso is just soaking up the pleasure of helping his team be one of just eight in the division still practicing.

“My sophomore year, we went to the finals,” Fregoso said. “It felt real good that year to practice during Thanksgiving. My team is real pumped about being able to do that again.” 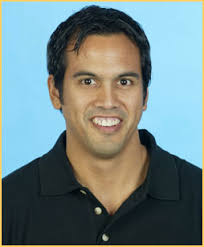 The offseason uproar in the Mid-Valley Division was about the addition of the Almont League and how it was unfair because the Almont had six of the seven highest enrollments in the division.

One round into the playoffs and it’s the SMALLEST league (in terms of enrollment) that’s dominating the Mid-Valley. That’s right, the Olympic League is 3-0. Interesting …

“That was always the plan,” Crutchfield said. “Even if I was still at Duarte, it would have been my last year. I was just coaching until all my boys were done.”

Cructchfield’s son, Wardell III was a senior linebacker at Baldwin Park. He will play at UTEP next season along with Baldwin Park teammate Demetrius Jackson.

Crutchfield was fired at Duarte following the 2008 season and quickly landed on his feet at Baldwin Park, calling the defense under head coach James Heggins. Baldwin Park allowed 24 points per game this season and 14.8 ppg. in 2009.

“It was a little bit different because I wasn’t the head guy,” Crutchfield said of his time at Baldwin Park. “Coach Heggins is a good dude and we had some former Duarte coaches over there, so that made it good for me, too.”

“It was fun. I think we made some kids better and some programs better. I was able to get some kids out and help them become better young men, so it was good.”

Crutchfield didn’t rule out a return to coaching, but said it would only be as an assistant to his cousin Tony Crutchfield if he got a head job and wanted help.

Crutchfield was head coach at Duarte between 2004-08. In that time, he brought the Falcons program back to prominence with several high-profile D-1 signees, two Montview League titles and a trip to the semifinals.

Aram’s take: Crutchfield has an 11-year-old daughter who runs track and plays volleyball (look for her to be at Diamond Ranch in a few years), so he wants to spend time getting her athletic career off the ground. And with WC3 headed to UTEP, he’ll have more time to go to his games over the next few years. I for one am sad to see him go. You can’t argue with his record and his ability to get kids on to D-1 schools. Plus, Coach Crutch always told like it is.