Four Southland parochial high schools are claiming religious bias and lack of due process in a federal lawsuit fighting a California Interscholastic Federation decision to pull their sports teams from mixed public-private school leagues and place them in new leagues made up of predominantly religious schools.

The move is an escalation by the schools after they lost their appeals hearing with a Southern Section executive committee in March. At that hearing, attorneys argued from a range points, including religious bias in the case of Damien and St. Lucy’s, to lack of due process for all four schools during their appeals.

“They did an area placement and moved three schools from the Mt. SAC Area,” said Los Angeles-based attorney Robert Prata, who represents Damien and St. Lucy’s. “The only three schools they moved from the area are the Catholic schools.

“They contend they did it on the basis of competitive equity, but no other schools, no matter how good they are, have been moved.”

In recent years, the Southern Section has gotten a push to separate private and public schools and form leagues consisting solely of private schools. The Southern Section office declined to comment on the lawsuits per office policy during matters of litigation.

All four schools will begin the final year of the current league and playoff division cycle this fall. The Southern Section holds re-leaguing meetings every four years.

Although three separate lawsuits were filed on Thursday, an underlying theme in all of them was that the schools did not get proper due process during the appeals phase.

At the March appeals hearing before Southern Section executive committee, lawyers contend that the schools did not get a fair shake because the committee was not unbiased.

“Nowhere in American jurisprudence is the entity that hears the appeal the same entity that already decided the matter from which the appeal has been taken,” Prata said. “CIF is mandated under the education code to provide a neutral appeals process. They never did. It was not a legitimate appeals panel.” 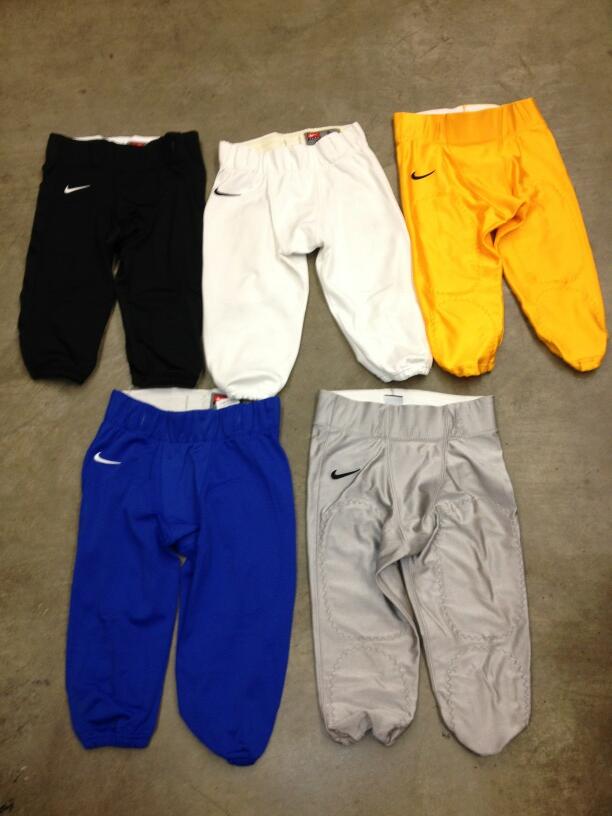 La Mirada will wear five different pairs of game pants this season as part of its uniform, according to a Tweet on Tuesday by head coach Mike Moschetti.

Kinda crazy that this level of uniform change has come to high school football already. We see it plenty in college, with Oregon being the most popular. And for whatever reason the kids get a major kick out of this.

As I’ve always said, if it’s done in the pros and then college, it’s always only a matter of time before it’s done in HS.

Aram’s take: Have I got you sick of La Mirada football yet? No? Good. Plenty more to come. 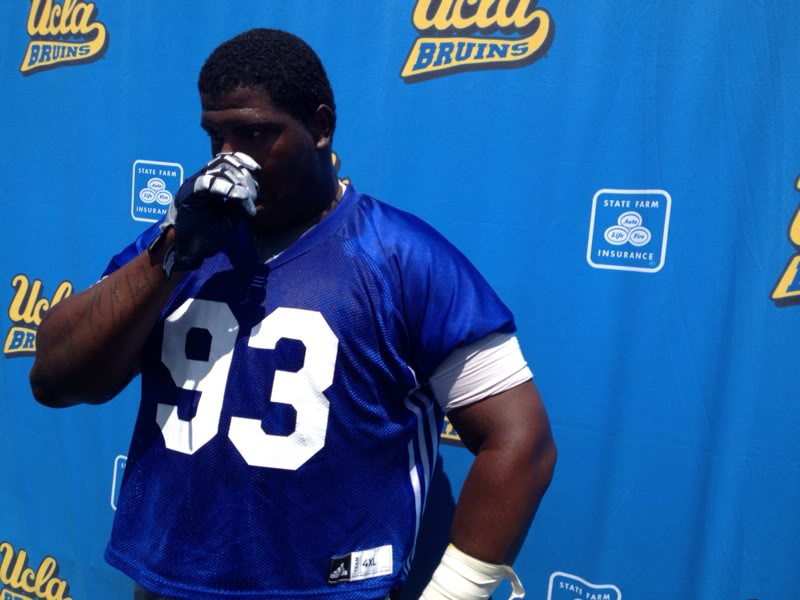 I got my Phil Steele College Football Preview magazine over the weekend and I’ve been flipping through it. One of the first thing I always do (after reading about My Buckeyes) is check out where a lot of the locals are slated to play.

The one that stood out the most to me is Monrovia’s Ellis McCarthy slated to start at nose tackle for UCLA. McCarthy is listed at 6-4, 330 by the magazine, which is nice size for a down lineman. BUT HERE’S MY PROBLEM … From what I saw of Big Ellis in high school, he’s not a interior d-lineman type. Things could have changed since then, but I always thought of him as more of a pass rusher with very good finesse for a dude his size.

I cannot get the memories of the Arcadia game from 2011 out of my head. McCarthy did not handle being chopped very well. He also didn’t handle being double teamed very well. Contrast that with the championship game vs. Whittier Christian the year before when he was a menace in pass-rush situations.

Things may have changed since then, but if McCarthy didn’t handle the interior lineman thing very well back then, I have a hard time seeing him handle it well now. Hope I’m wrong, but like Brigham Harwell, I think UCLA has this wrong.

However, if Big Ellis uses his natural speed and athleticism to go with his size and keeps his nasty button “on”, then maybe he’ll be a beast.

I got this info second-hand, but I believe it to be reliable. Pomona smoked Damien in the Rubidoux Tournament in a game that was called because tempers flared and Damien’s coaches thought it was best to concede.

This holds importance because we should all be keeping an eye on Damien this summer because of all the transition taking place at Sparty. Getting worked by Pomona is not a good sign when you’re a season away from heading to the Pac-5. No bueno.

Aram’s take: I gotta admit, I’m pretty sick of hearing about La Mirada. But that just shows what a great job Coach Moschetti does with the media getting out every little tidbit about his program. Wish more programs were like this.