Rumors made the rounds on Twitter on Wednesday evening that former Minnesota Vikings receiver Matthew Hatchette was going to be named the new varsity football head coach at Pasadena.

Those rumors were prevalent much of the week, actually, following the transfer of Downey QB Jorge Reyna to Pasadena. Reyna, a junior, quarterbacked Downey to the CIF-SS Southeast Division championship in 2012. Many are trying to make a connection between Reyna’s arrival at PHS with a pending arrival of Hatchette.

However … Bulldogs AD Mike Parisi had this to say

“Coach Bledsoe is still the head coach and he isn’t going anywhere. Bledsoe for sure is going to be the head football coach next fall.”

Bledsoe himself was surprised to hear of the rumors and said he has no relationship with Hatchette, so even the notion of the former NFL receiver being an assistant coach at PHS was a surprise.

Hatchette is involved with B2G Sports, which is one of the “elite” 7-on-7 teams that are popping up recently and seem to always lead to a flurry of transfer activity (think Jake Payton to Upland last year). These 7-on-7 teams are going to be a great detriment if they are not curtailed. This could be another example of that.

Aram’s take: Even the Muir people were talking about Hatchette being at PHS today. So this rumor really has some legs. My first reaction when I saw the tweets, which I was included in, was “I didn’t know Coach Bledsoe was even gone.” I get it, Reyna’s transfer to a program that was 1-9 last year is mysterious. But then again, he will be working with one of the top receiver prospects around in Tyrek Adams.

Ryan Maine has resigned as head coach of the Diamond Bar High School football team after three seasons the school said in a release issued Monday. 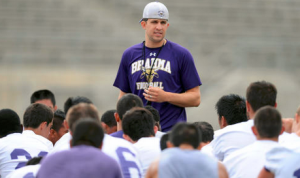 Maine, who starred at Diamond Bar as quarterback back in his playing days, lasted three seasons and went 15-17 with one playoff appearance. The school said it will be immediately begin its search for a new coach.

“It’s been the toughest two weeks of my life,” Maine said. “But when your wife wants to stat a family, you have to start thinking about that. I told the players it’s not about them. It’s more about thinking long term and an opportunity to put my family in a better position.”

Maine returned as an assistant coach and took over the program with his trademark high-energy style in 2011. The Brahmas had their best season under Maine in 2013 when they went 7-4 and reached the CIF-Southern Section Southeast Division playoffs as an at-large team. Diamond Bar went on the road in the first round and upset defending division champion Downey before falling to eventual champion La Serna in the next round.

During Maine’s time at Diamond Bar, the program got national attention thanks to the arrival of Cordell Broadus, the son of famous rapper/entertainer Snoop Dogg. Broadus, who will be a senior next season, left Diamond Bar soon after the 2013 season and is now at Bishop Gorman in Las Vegas.

“I coach for the kids,” Maine said. “I don’t care about the title ‘head coach’. These (Class of 2015) kids are the best group Diamond Bar has seen in a long time, so I know Diamond Bar will still be successful.

Playoff opportunities have been few and far between at Diamond Bar, which underwent a demographic shift soon after Maine graduated. Not only that, nearby schools like Diamond Ranch and Chino Hills have started to cut into the once plentiful talent pool.

“We truly appreciate all that Coach Maine has done for the program over his history at DBHS,” Principal Catherine Real said in the release. “We fully support him and his wife in all future endeavors and wish him the best of luck.

“We will be conducting a comprehensive search for a new head football coach to ensure that our student athletes will be successful for years to come.” 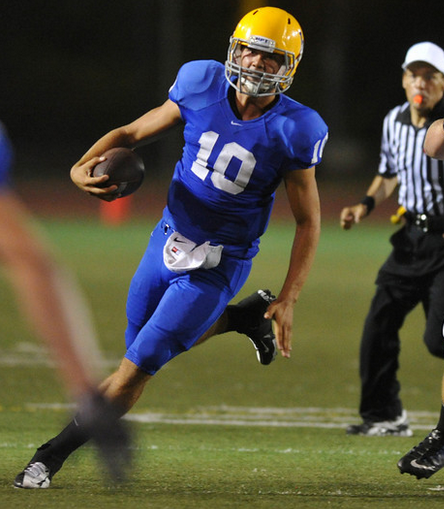 La Mirada QB Kevin Dillman, who missed the final four games of last season due to a torn achilles tendon, has left the school and transferred to Guyer High in Texas.

Dillman, who is 6-foot-4, 205 pounds, had 17 college offers entering his junior season, according to one recruiting website. Things didn’t go according to plan even before the injury, though. Dillman threw for just 842 yards and five touchdowns to go with 10 interceptions.

Dillman would have been a key part of the Matadores’ returning nucleus next season. The team turned to sophomore Noah Santillan with Dillman out. 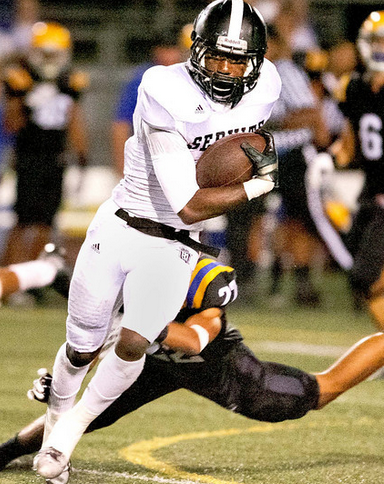 The good news, though, is that Tony Brown, who had 562 yards receiving and four TDs last year at Servite, checked into La Mirada on Monday.