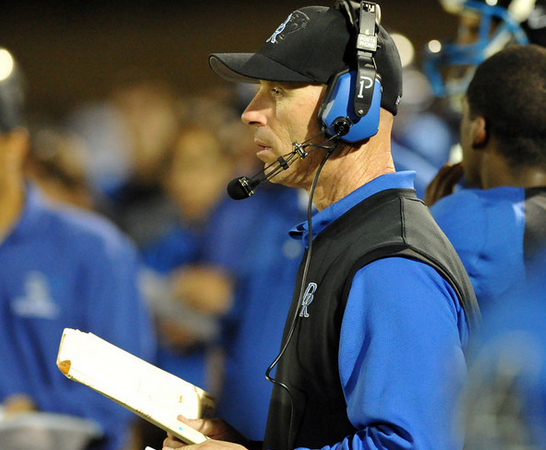 Layton said his resignation is not related to a letter obtained by this publication and sent to the CIF-Southern Section last week by Diamond Bar that alleges Diamond Ranch coaches obtained Diamond Bar’s account information on Hudl and used video archives and notes to help prepare for the game.

Diamond Ranch won the game 34-20, but the night was marred by a benches-clearing brawl that led to the suspensions of several players from both teams. Diamond Bar forfeited its following game because it could not field a team. Diamond Ranch went on to win the league with a perfect 6-0 record.

CIF informed Diamond Bar that the hacking accusations are a league matter. Hacienda League principals are expected to discuss the situation in a regularly scheduled meeting this week.

In the letter, Diamond Bar documents a steep rise in clicks or hits on its Hudl page the week of the game. Hudl.com has become a popular resource for coaches who can store game video, practice video and notes used for game preparation. According to the letter, a former Diamond Ranch coach came forward to Ryan Maine, Diamond Bar’s head coach at the time, about the hacking.

Diamond Bar’s account information was allegedly leaked by a varsity football player who gave it to a Diamond Ranch junior varsity player, who then forwarded it to Layton. After hearing the allegations, Maine and Diamond Bar athletic director Kurt Davies contacted Hudl to obtain a usage report for their team account during the week of the game.

Hudl’s response was included in the letter obtained by this publication and showed that its system had received 26 separate log-ins from a particular user ID during the week of the game compared to an average of six log-ins from that same user ID during all other weeks.

Layton had a record of 48-47 in eight seasons. He guided Diamond Ranch to back-to-back CIF Southeast Division championship game appearances in 2008-09. Diamond Ranch won the Hacienda League last season and shared the title in 2012.

Rumors flew last week about Layton’s resignation. When contacted on Thursday afternoon, Layton informed this publication that he was still the head coach. Layton resigned on Friday afternoon and sent a email out to player’s parents but didn’t go into detail about reasons for his departure.

Layton played for Ganesha High and later enjoyed a college career at USC. He was an assistant coach at Mount San Antonio College before becoming the head coach at Diamond Ranch. The Panthers were scheduled to participate in Saturday’s Charter Oak Spring Passing Showcase but were a late scratch.