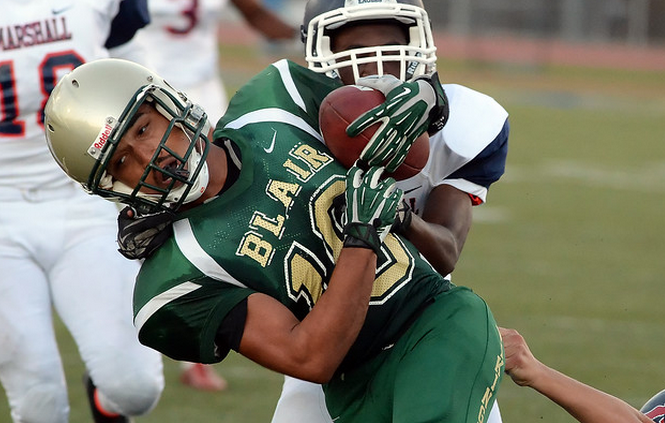 From 2006 to 2013, Bishop Amat has one playoff win and several thousand fans and coaches who think the Lancers still belong in the Pac-5 Division, SoCal’s elite playoff grouping.

Following Friday’s loss to Crespi, the Lancers face an uphill battle just to make the postseason with tough Mission League games left against Serra, Chaminade and Alemany, to name a few.

END_OF_DOCUMENT_TOKEN_TO_BE_REPLACED

I hyped Glendora ALL SUMMER LONG and all the way into halftime of the Alta Loma game. And during this time I got nothing but heat and doubt and arguments from all of you bloggers.

“How can you say Fink is the best QB in the area?”

SHADDUP! WHO’S THE MAN? ARAM, THAT’S WHO!!! So anyway, after Thursday’s win over a very good (not great) Charter Oak team and beating Los Altos handily last week, I think we can all give credit where credit is due. And I accept your apologies. And I extend my apologies for jumping off the Tarty wagon after the first half of the Alta Loma game.