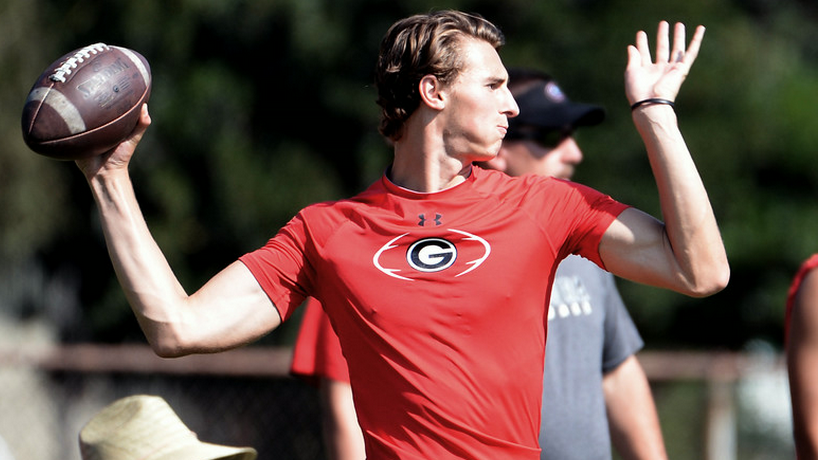 Boise St. University is the first and probably won’t be the last big-time college football program to offer Glendora High School quarterback Matt Fink, who received an offer to play for the Broncos on Monday night.

Fink, a junior, has thrown for 873 yards and six touchdowns this season and has also run for 648 yards and 10 scores in leading Glendora to a 6-1 record and the top-ranking in the Central Division. Boise St. is expected to be the first of many offers for the 6-foot-3 prospect.

“They called him last night and they offered him,” Glendora coach Jerry Lewallen said. “That’s his first official offer. I think he’s been on some people’s radars prior to this and they wanted to see a bit more film. He’s only a junior and they just needed to see some more game film. I think it’s going to start happening (for him) pretty quick. It’s a great thing for him.”

Fink has been a major reason why Glendora has lived up to its advanced billing of being one of the top teams in the area. The Tartans are back in a more a suitable league and playoff division this season after playing the last several years in the Baseline League and Inland Division.

Fink’s ability to run has actually been his top weapon this season. Opposing defenses still have to respect his arm, but if they do that too much, the running lanes open up and there’s little chance of catching him. Fink’s Hudl.com recruiting page lists his 40-yard dash time as 4.62. Some were concerned that Fink wasn’t wowing recruiters enough with his arm this season, but that’s not the case, according to Lewallen.

“He’s been to enough camps and he’s thrown for some college coaches and they’re well aware of his arm,” Lewallen said. “If you look at the Kaiser game, he threw for 251 yards in that game, had a couple deep balls and some 20-yard outs. It’s all on tape. We’re not throwing the ball 30 times a game, so a coach isn’t going to see him throw it 30 times a game.

Fink isn’t the only Tartan being wooed by college recruiters this season. Offensive tackle Ben Northup, who is 6-6, 330 pounds, is a verbal commit to Hawaii but is also being heavily pursued by Azusa Pacific. Kicker Caleb Watkins recently had a visit to Arizona St.

Arroyo has forfeited nonleague wins over Temple City, Montebello and Rowland after self reporting to CIF that it had an ineligible player in violation of Southern Section transfer rules.

The player was used solely on special teams and the incident probably never would have been known about if the school had not informed CIF of the situation, according to Knights coach Jim Singiser.

“I’d be a hypocrite if I was expressing to the kids that it’s okay to do things so long as you don’t get caught,” Arroyo coach Jim Singiser said. “And that’s basically what I would have done if I hadn’t reported it. But is that really what I want our kids to learn?

“The chances of anybody knowing about it were negligible. This was a kid who had no impact on any of the games, he’s not the kicker and he’s not the return man.”

The forfeits make Arroyo’s record go from 4-3 to 1-6. The Knights are 1-2 in Mission Valley League play and are on a bye this week before returning to action Oct. 24 against Gabrielino. The game will be a must-win for Arroyo as it fights for its playoff life. The Knights have a 30-year streak of making the postseason.