After the Chino Hills loss when Aram brings up division change …

“Aram’s right. You’re going to have to start considering it at some point.”

CHARTER OAK SEMI-GOOD — The Chargers have had their bumps, but here we are in late November and they’re league champs and a semifinalist in the Central Division. They can thank Zion Echols. 302 yards and FIVE TDs to beat San Marino. Incredible feat. But can they beat Colony? Gonna be interesting.

TITANIC BAD DECISION — When you’re down 11 with seven minutes left, have the ball at your own 40 and its 4th-and-9, you don’t punt. But that’s what San Marino did. Moments later, Echols goes 83 yards for a TD to ice the game. YOU DON’T PUNT IN THAT SITUATION! Did it cost SM the game? Probably not. But we’ll also never know for sure.

MONROVIA NOT READY — It was a bad sign last week when Monrovia needed OT to beat Don Lugo in the Central Division’s first round. It was even worse the way M-Town was pushed around by Los Altos in the quarters. Not ready. Monrovia clearly isn’t ready for the Central Division bump up they got from CIF. Short of a first-round loss, this was about as bad of a showing as anyone could have dreamed of.

LA SERNA CONTINUES TO AMAZE — How about this program? Seriously! The Lancers follow their win over Compton Dominguez by knocking off No. 1 St. Francis in the Southeast Division quarters. Hey, it’s La Serna’s division, right? The Lancers own the Southeast, right?

BISHOP AMAT IN PAC-5 SEMIS — I always knew this team had it in them. That’s actually true if anybody remembers my early season statements just before and after the Santa Margarita. Anyway, always great to see the SGV leave the OC with a scalp. It’s okay for Lancers fans to dream big now. They’re in the Final Four and there’s no telling how far they can take it. Also, is this Ryder’s team now? Or does the coaching staff open up the QB battle this week in practice? The thought of having SoCal’s best division’s champion come from the SGV is just awesome.

BONITA! MEDRANO! — Hey Bearcats fans, you have a pretty good head coach, huh? Big ups to Adrian Medrano for getting his team to go from at-large to semifinalist in the Central Division. The way Bonita is playing right now, it just might be the favorite.

CONQUERING REVENGE — Los Altos thought it never should have lost to Monrovia in the regular season. The Conqs got sweet revenge on Friday night and now one of the Valley best-ever football programs is back in the semis. Amazing job, Conqs. 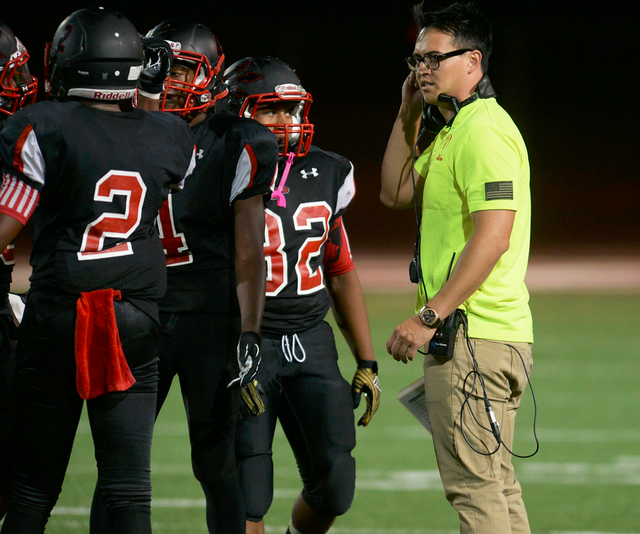 As originally reported here last week, Pomona head coach Aaron Jamieson is on administrative leave. Now, the district has gone public with the reason why — “suspicion of misconduct with a student”.

That explanation really runs the gamut, however, the point remains the same and that’s that Pomona’s season of fiascos (off the field) continues. Props to the kids for holding it down on the field.