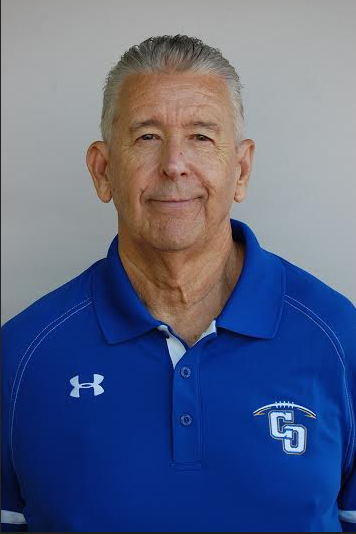 Reich was head coach of the Charter Oak basketball team for 19 years and took his team to the CIF championship game in 1986, the first year that the school had combined with Royal Oak.

“He was sick the whole time I knew him,” Thatcher said. “He had so many countless surgeries but he never showed it. He was a good looking man and stayed in great shape. There were times he gave me a great two hours at practice and there were times we had to carry him to the car.

“He was the toughest son of a gun I ever met in my life. I can tell you that everyone who knew him is heartbroken, and I’m not sure it’s going to go away.”

In recent years, Reich was a member of Lou Farrar’s varsity football staff. Despite being released from the hospital late last week, Reich insisted he attend Charter Oak’s game last Friday at Bell Gardens. He did just that and saw his beloved Chargers win one last time.

“He was a very good friend of mine,” Farrar said. “I probably have a handful of friends I can count on one hand. I’ve been in tears ever since I heard about it on Sunday night. He and I were very close. We loved each other very much.”

Reich was born in Pueblo, Colorado in 1943 and moved to Southern California with his family before elementary school. He was a standout point guard at Duarte High and later played at Mt. San Antonio College and Cal Poly Pomona, where he led the country in free throw percentage during one of his seasons.

As a coach, Reich was known for his tough, old school style. But his teams played ferocious defense and often made up for whatever size limitations they had with tenacity. He was also a devout Alabama football fan as he had family ties to the state.

“He’d yell and growl at a kid and by the end of practice he’d have his arm around him,” Thatcher said. “A lot of the kids here now didn’t know him that well, but they’re mourning because they felt a kindred spirit with him. The seniors (football player) just look at me in class and shake their heads and say they’re sorry. I know they had to council with some of the football kids.

“Buddy could get riled up real fast, but he was absolutely loving. You never feared anything when he had your back.”

Aram’s Take: I met Coach Reich in the mid-2000s. He was serving as an assistant coach to then Charter Oak boys varsity basketball head coach Randy Thatcher. Reich was able to coach his son Tyler during those years, which was very important to him. Reich was always a class act and in recent years he and I would always talk for a few minutes before Charter Oak football games. I would often joke with him about the time that a cable television station covering the Los Alamitos-Charter Oak game a few years misidentified Reich as Lou Farrar and was following him along the sidelines as if he were the head coach. He did look the part. He was always great to me. Very sad to know a fixture won’t be there anymore.