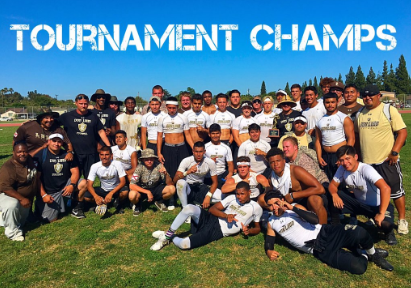 Most local fans know Greg Gano as the head coach who won four CIF championships while in charge of the Los Altos High School football team.

And despite unsuccessful stops at Damien, Tustin and Wilson since his days at Los Altos, the vibe on the street is that Gano is going to do big things at his latest stop, Don Lugo.

So far, that’s exactly the case. Gano has hit the ground running at Don Lugo and just this past weekend his team won its second passing tournament of the summer by winning the Tournament of Champions hosted by Santa Fe High.

“We’ve got some good looking kids and there are some athletes,” Gano said of his team. “But just because you have them doesn’t mean anything. You don’t win anything in passing league, but we wanted to see if our kids can compete. We’ve competed very well.”

The Tournament of Champions was the second passing tournament that Don Lugo has won this summer. Earlier, the Conquistadores won the El Rancho Tournament. They also went 6-1 in the Bonita Air Assault and have only lost two games all summer — both to Villa Park, which Don Lugo finally beat last weekend.

Gano’s coaching staff has some elements from the past on it, most notably former Los Altos assistant Marco Curtis handling the running backs. Longtime Gano cohort Lee Fair, who was Gano’s defensive coordinator at Los Altos and Damien, is also helping out but is limited by knee trouble.

“Lee Fair is a consultant,” Gano said. “He can barely walk out there on the field because of his knees, but Lee will always be part of something I do. He’s a good man. Me and Lee know each other better than any other coaches I’ve been around with.”

Don Lugo has a huge challenge in the form of Colony in the Mt. Baldy League later this fall. But should the Conquistadores make the playoffs, there’s no reason to think Gano can’t take them on a deep run in Division 8.