When I worked at the Glendale News-Press, I spent a lot of time covering litigation between developer Rick Caruso (who has successfully built his Americana at Brand project) and General Growth (owners of the Glendale Galleria, who fought Caruso tooth and nail on the project, but to no avail).

In Arcadia, a project he is trying to build in the parking lot of the Santa Anita racetrack is also facing some hurdles, Star-News reporter Alfred Lee reports.

A judge is expected to decide today whether to modify or finalize a July ruling that found nearly a dozen faults in the city’s project EIR.

Washington is looking at a $700 billion bailout, California is facing an economic crunch and many San Gabriel Valley cities are weathering budget shortfalls.

But Pasadena apparently has $2 million for a “quieter” helicopter.
The move to buy one was prompted by resident complaints of loud choppers hovering at night, according to Pasadena Star-News reporter Dan Abendschein.
Of course, Glendale and Burbank have quiet helicopters too…..

Another week, another installment:

Starting the Leftovers from City Hall blog was kind like of opening a really big suggestion box.

You know, the kind where you fill out an anonymous form with either accolades or gripes and then drop it into an old wooden box, hoping that someone will actually read it.

As a result of the blog, people leave, e-mail and phone in comments all the time. Some of them are news tips or tidbits of information we never knew. Others are questions readers would like us to ask.

We got a call last week from a Glendora city employee. She said she was calling on behalf of several Tribune readers.

The woman, who called herself Fran, complained the name “Leftovers from City Hall” left a bad taste in her mouth (no pun intended).

She said in her day, leftovers meant those things on the dinner plate that you didn’t want to eat — the stuff that gets pushed into a napkin and eventually ends up in the trash or the dog bowl.

She argued the blog name implied something similar.

Surprisingly, Fran didn’t comment at all on the content of the blog — but that’s because she said doesn’t read it.

“I just can’t bring myself to read the blog because I am so offended by the title,” Fran said.

The woman suggested we change the name to “Round-Ups from City Hall.”

Reporting is essentially a craft, which means we have to take a multitude of information and whittle away until we’ve constructed the most important 15 inches of text readers need to know.

That leaves a lot of leftovers that are relevant, funny, quirky and notable, but just don’t make the final cut for print.

Instead of packing those leftovers up with the rest of the dingy, old notebooks stocked away in our desks, we decided to put it out there.

Judging from the number of comments we get, we know not everyone likes that idea.

But again, judging from the number of comments we get, we know there is a hefty readership out there that enjoys reading about all the ins and outs of local government.

So maybe the leftovers aren’t so bad.

We don’t know about everyone else, but we were always taught to finish everything on our plates.

Coming out of the movies at the Edwards 18 cinema in West Covina early this afternoon, Jennifer McLain and I spotted West Covina Mayor Sherri Lane and Councilman Mike Touhey at a mini fair right in front of the theater.

We stopped to chat with Touhey briefly, who seemed to be having a pretty good time. The event was actually the first-ever Latin Fest sponsored by the West Covina Chamber of Commerce.

A tentative agreement on the bailout plan has been reached…

By CHARLES BABINGTON and ALAN FRAM
Associated Press Writers
WASHINGTON — Congressional leaders and the Bush administration reached a tentative deal early Sunday on a landmark bailout of imperiled financial markets whose collapse could plunge the nation into a deep recession.

House Speaker Nancy Pelosi announced the $700 billion accord just after midnight but said it still has to be put on paper.

“We’ve still got more to do to finalize it, but I think we’re there,” said Treasury Secretary Henry Paulson, who also participated in the negotiations in the Capitol.

“We worked out everything,” said Sen. Judd Gregg, R-N.H., the chief Senate Republican in the talks. He said the House should be able to vote on it Sunday, and the Senate could take it up Monday.

The plan calls for the Treasury Department to buy deeply distressed mortgage-backed securities and other bad debts held by banks and other investors. The money should help troubled lenders make new loans and keep credit lines open. The government would later try to sell the discounted loan packages at the best possible price.

At the insistence of House Republicans, some money would be devoted to a program that would encourage holders of distressed mortgage-backed securities to keep them and buy government insurance to cover defaults.

The legislation would place limits on severance packages for executives of companies that benefit from the rescue plan, but details were sketchy.

Also, the government would receive stock warrants in return for the bailout relief, giving taxpayers a chance to share in financial companies’ future profits.

To help struggling homeowners, the plan requires the government to try renegotiating the bad mortgages it acquires with the aim of lowering borrowers’ monthly payments so they can keep their homes.

The measure’s main elements were proposed a week ago by the Bush administration, with Paulson heading efforts to push it through the Democratic-controlled Congress.

To some degree, all those items were added.

At the insistence of House Republicans, who threatened to sidetrack negotiations at midweek, the insurance provision was added as an alternative to having the government buy distressed securities. House Republicans say it will require less taxpayer spending for the bailout.

Money for the rescue plan would be phased in, he said. The first $350 billion would be available as soon as the president requested it. Congress could try to block later amounts if it believed the program was not working. The president could veto such a move, however, requiring extra large margins in the House and Senate to override.

Despite the changes made during an intense week of negotiations, the heart of the program remains Bush’s original idea: To have the government spend billions of dollars to buy mortgage-backed securities whose value has plummeted as hundreds of thousands of Americans have defaulted on their home loans.

Senate Majority leader Harry Reid, D-Nev., said Saturday that the goal was to come up with a final agreement before the Asian markets open Sunday night. “Everybody is waiting for this thing to tip a little bit too far,” he said, so “we may not have another day.”

Hours later, when he and others told reporters of the plan in a post-midnight news conference, Reid referred to the sometimes testy nature of the negotiations.

“We’ve had a lot of pleasant words,” he said, “and some that haven’t always been pleasant.”

“We’re very pleased with the progress made tonight,” said White House spokesman Tony Fratto. “We appreciate the bipartisan effort to deal with this urgent issue.”

Wonder what our local pols think? And what do all of you think about the plan? 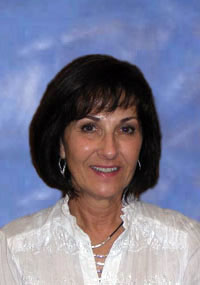 Technically, the last day of Cowley’s contract is the 30th, but she’s off on Monday and Tuesday, which means she gone, baby, gone.

No word yet on her contract negotiations to stay with the city as a consultant through the end of the year.

But judging from the fact that it’s Saturday night, and no special meetings have been scheduled, my gut tells me that likely won’t happen…..

Baldwin Park just can’t seem to stay out of the news lately……Here’s a story I wrote that ran in today’s paper:

Just a side note, Lozano told me Thursday he was going to fax me all the documents he sent to the FPPC showing who exactly paid for the trip and how much they paid. But on Friday, Lozano’s documents were no where to be found.

He didn’t return at least a dozen calls I placed to him throughout Friday morning, afternoon and evening.

Also, Frank Chu (whose father Nelson Chu is alleged to have paid for the trip) dodged most of my calls Thursday and Friday.

The county budget is taking a $128 million hit now that the Governor approved the state’s budget. Here’s the story.

The Walnut City Council opposed to the NFL stadium. This is the first city to oppose it. Monterey Park and West Covina city councils both passed ordinances approving the stadium, Bethania Markus-Palma reports.

Hundreds of residents attended the Walnut City Council meeting last night to express their opposition to a proposed NFL stadium in the City of Industry. According to a news update written by reporter Bethania Palma:

The majority of residents in attendance opposed the project, wearing stickers that read “No stadium.” Many voiced concerns about traffic, noise, pollution and increased crime in their city.

“The reality is if this stadium is not stopped our quality of life will be completely destroyed,” said resident Shiuh-Ming Ellis. “Walnut will become a suburban slum.”

Open Forum: What impact would an NFL stadium have on your community?

As Whittier grapples with this, they also have to deal with this…..