WEST COVINA – A jury has found a La Verne councilman not guilty of conflict of interest charges, court officials said.

Steven Johnson was on trial in connection with a 2007 vote concerning the University of La Verne expansion and master plan.

Johnson owns property and a business near the university and a satellite office. State law prohibits council members from voting on matters in which they would benefit from an outcome.
Often referred to as the “one penny” rule, members are advised not to vote on projects within 500 feet of their property, even if it benefits them by only one penny.

The jury returned its verdict after four days of testimony and deliberation.

Johnson faced a maximum penalty of a $10,000 fine, 6 months in jail and not being able to run for reelection to the city council.

I’ve received a couple of calls from residents informing me of a community meeting on Tuesday at 6:30 p.m. to discuss the West Covina ballot measure regarding districts.

West Covina Assitant City Clerk Sue Rush says this is not a town hall meeting sponsored by the city, and Fred Sykes, who has sponsored the measure, said he and his supporters are not hosting the meeting, either.

The meeting, according to the tips I got, will be at either the park or community center at Larke Ellen and Cameron in West Covina. Apparently, there are some fliers that were sent out. If anyone has the flier, send it to me at jennifer.mclain@sgvn.com

Another blow to El Monte:

EL MONTE – The city council will consider Tuesday whether to initiate Chapter 9 bankruptcy proceedings for El Monte, according to the council’s agenda.

The council will consider a resolution that would authorize city staff “to commence all necessary preparations for the initiation of Chapter 9 Municipal Reorganization proceedings under 11 U.S.C. Section 901 et seq.”

The steps are necessary “to regain sustainable fiscal solvency” and “gain economic breathing space and to avoid magnifying additional legal liabilities,” according to the resolution.

El Monte has faced serious financial troubles since last year, when plunging sales tax revenues and rising employee benefit and retirement costs caused a budget deficit that hasn’t gone away since, despite layoffs and cutbacks.

Most recently, it faced a $12 million deficit for the fiscal year that starts Wednesday. To cut $10 million, the city manager laid off 100 employees and recommended other cutbacks, including the closure of one of the city’s four fire stations.

The council is expected to approve this staff-recommended budget Tuesday as well.

Despite these cutbacks, the city still faces a $2 million deficit. And a state takeaway of property tax and gas tax revenues – proposed by Governor Arnold Schwarzenegger to address the state’s own budget crisis – would bump the deficit to $4 million, according to the resolution.

The resolution authorizes staff to prepare a “pendency plan” for Chapter 9 proceedings and retain special Chapter 9 legal counsel. It requires staff to report back to the city council with a plan of action within a week

Elected water board member John Leung is still behind bars on charges that include forgery and fraud in excess of $1 million.

He is being held on a $1 million bail.

Leung has served on the San Gabreil Valley Municipal Water District since 1992.

I just wrapped up this story running in tomorrow’s paper:

EL MONTE — Police arrested the developer of a proposed $1 billion transit-oriented project on suspicion of forgery and embezzlement, among other felony charges, authorities said Sunday.
El Monte police officers took John Leung, President and Chief Executive Officer of The Titan Group, into custody Friday evening. Leung is suspected of forgery, embezzlement, grand theft, burglary and fraud, Police Chief Tom Armstrong said.
Leung, 53, was being held at the Men’s Central Jail in Los Angeles on $1 million bond. Calls to Titan Group Sunday went unanswered.
The El Monte-based development company is in exclusive talks with the city to build the El Monte Transit Village — a 65-acre residential and commercial complex planned for Santa Anita Avenue off the 10 Freeway.
Armstrong said Sunday Leung’s case did not in any way involve the city.
“This investigation is ongoing and the victim is not the city of El Monte … but a private citizen,” he said. “That is where we are with it right now.”
Officials released few details Sunday about the case, but Armstrong said Leung is alleged to have stolen more than $1 million from the victim.
“If you look at the charges, basically they kind of tell you there was a forgery to obtain money that was not a property of Mr. Leung,” Armstrong said.
Armstrong would not comment on whether search warrants were served on Leung or the Titan Group.
He said the Police Department had been looking into the matter “for some time,” though he would not specify how long. Armstrong said the victim was referred to El Monte police by the FBI, but he said the bureau is not participating in the department’s case.
Officials with the FBI did not return calls seeking comment Sunday night.
“I do not feel (they are) involved in any way shape or form in our case,” Armstrong said.
Late Sunday, two El Monte police cars could be seen parked to the rear of the Titan Group offices, at 10501 Valley Blvd.
Doors to the building were locked, but the lights to several offices inside were on.
The arrest took some officials in City Hall by surprise.
“I am sincerely shocked,” Councilwoman Emily Ishigaki said. “To me John has been a real visionary. It’s just shocking.”
Ishigaki said it has yet to be seen how, or if, Leung’s arrest will affect the transit village project.
El Monte has been in exclusive talks with the Titan Group since 2007 on the transit village project.
Nearly $70 million in grants have already been awarded for renovations of the El Monte Transit Center, as well as the village portion of the project.
The City Council is expected to have a closed-session meeting about the matter on Tuesday, City Manager Jim Mussenden said.
“We’re looking at the managing partnership for the Titan Group to see exactly how they are going to move forward with this,” Mussenden said. “There are still other members of the management team.”
Ishigaki said city staff members had been working through the weekend to “keep things secured.”
“Obviously the city wants to protect its investment for the future development of the site,” Mussenden said. “If there’s an issue we are going to address it … I don’t want to sit here and say we are going to be working with another developer.”
Councilwoman Patricia Wallach declined to comment on the investigation Sunday. Mayor Ernie Gutierrez and council members Juventino “J” Gomez and Art Barrios did not return calls seeking comment.
Officials expect to send their case against Leung to the Los Angeles County District Attorney’s Office this week.
Records show Leung is due in Rio Hondo Municipal Court in El Monte on Tuesday.
Armstrong said Leung’s bail was originally set at $20,000. But investigators sought a bail enhancement because Leung is considered a flight risk.
“I frankly am not sure if he is still a citizen of China or not, but certainly he travels frequently and my understanding is (the enhancement is) due to being a flight risk,” Armstrong said.

The Irwindale Chamber of Commerce is going to take a trip to Egypt, and what’s you to join it. I called the Chamber to get more info, but the office is closed today.

I’m not sure what the details are…like cost and why and who this is open to and whether any tax dollars are involved, but here is the press release:

IRWINDALE – The Irwindale Chamber of Commerce invites you to travel with the chamber to Egypt, departing March 5-13, 2010. Cruise the Nile on traditional feluccas, discover unforgettable attractions like the Pyramids and bustling Cairo, the chaotic bazaars and the fascinating Nile-side towns.

Indus Travels will host a pre-tour presentation on Wednesday, June 17, from 5:30 – 7:30 PM at the Irwindale Community Center, located at 16102 Arrow Hwy, Irwindale. For more information please contact the Irwindale Chamber of Commerce at (626) 960-6606.

Spokeswoman Sandi Gibbons said the warrants were executed at the homes of Lujan and Carmen Torres as part of a criminal investigation. Specifics of the investigation were not immediately available.

The District Attorney’s Public Integrity Division is leading the probe.

Lujan did not immediately respond to a message left for him early this afternoon.

Lujan was first elected to the City Council in March 2001. 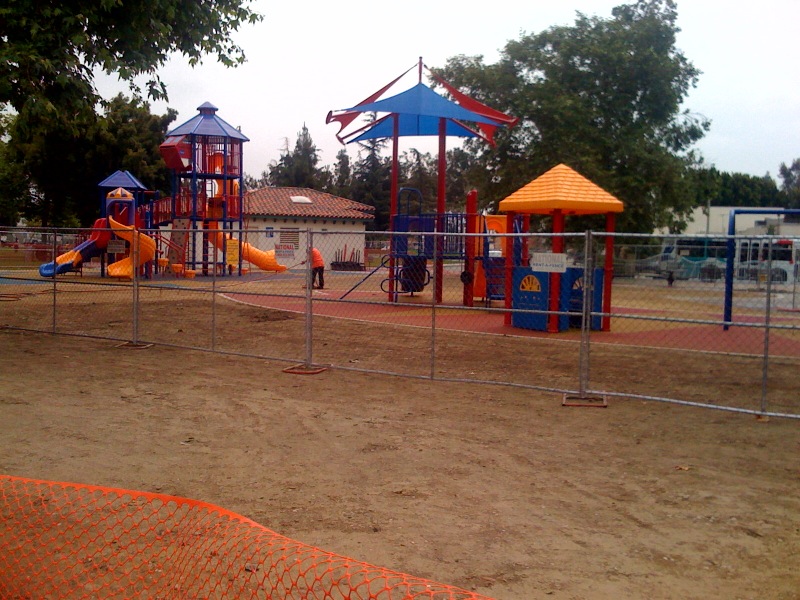 With City Council elections coming up in November, we’re getting all sorts of information about who’s running and who isn’t in our local San Gabriel Valley cities.

Reporter Rebecca Kimitch said instead, Figueroa will be throwing her mayoral support behind Councilman Louie Aguinaga.