I spent a few hours before work Sunday visiting the Lunar New Year festival in Monterey Park. The two-day celebration was held the entire weekend along Garvey Avenue, between Garfield and Alhambra avenues.

I should start by saying I’m really glad I went. There were several thousand people there, lots of vendors and lots of food ….. my kind of festival.

A lot of interesting things caught my eye —— turtles for sale, boxes and boxes of dried ginseng. But the thing that interested me the most: tons of campaign fliers touting candidates for the March City Council election.

So, late yesterday Irwindale Councilman Larry Burrola announced that in addition to supporting Sen. Gil Cedillo for Congress, he would also be endorsing Board of Equalization Chairwoman Judy Chu.

Burrola is not the only one endorsing both Congressional candidates; so is Baldwin Park Mayor Manuel Lozano.

It raises the question: What good is it to endorse two candidates? After all, it’s not like we can vote for two people for one seat.

So who does Sen. Gil Cedillo, who is running against Board of Equalization Chairwoman Judy Chu for Congress, have on his side? Here’s a list of his endorsements.

Among the local pols supporting him are:

The weak economy seems to be affecting just about everything. Now, Amanda Baumfeld reports that it is also affecting campaign fundraising out of Monterey Park.

There are six council candidates running in the Monterey Park race. So far, Councilman David Lau has raised nearly $75,000, although none of that occurred this year and that was all done during a fundraiser. (Man, if that was at one event, Lau sure knows how to fundraise!)

Meantime, Councilwoman Sharon Martinez has raised $10,000. She said businesses, which is where she gets her funding, are tapped out.

It looks like Walnut Mayor Joaquin Lim is getting a little tired of out-of-the-area cities throwing in their two cents about the stadium project.

This from Ben Baeder, who attended an Industry City Council meeting this morning:

Walnut Mayor Joaquin Lim said he understands that the NFL project could bring benefits to the region, but he wished politicians could try to look at the project from Walnut’s point of view.

“I have always avoided saying anything about other cities,” he said. “But I wish some of the other leaders would put themselves in our shoes.”

Not only do many of his constituents hate the idea of having a stadium nearby, traffic and air pollution from the project will affect the entire region, he said. “We’re all in this together.”

The Industry City Council on Thursday approved an environmental report regarding the stadium.

The Independent Cities Association, which is an organization of 52 Los Angeles County cities, unanimously approved a resolution supporting the proposed NFL stadium in the city of Industry.

Monterey Park Mayor Frank Venti, who is a member of the ICA, said that he is “incensed” with Walnut Mayor Joaquin Lim’s continued disapproval of the NFL stadium.

“As the Mayor of Monterey Park I am incensed that Waquin Lim thinks that he has a wall around Walnut, and that he can keep jobs form any of the cities here. I am inncesed that these rich wealthy people in Walnut feel they can stop this development,” Venti said.

“Remember: we’re in charge of our city; there is no Batman or Superman to make things right. No superhero can help. 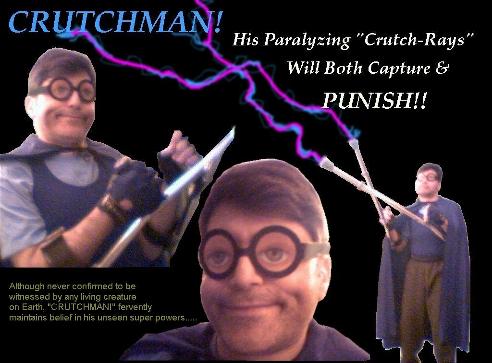 The picture features Abajian as Crutchman.

Terms are up for council members David Lau and Sharon Martinez.

Judy Chu, Board of Equalization chariwoman, announced her interest late last night in Rep. Hilda Solis’ seat. Chu lives in Monterey Park, and is a former Assemblwoman and Monterey Park councilwoman. She is married to Assemblyman Mike Eng.

Solis, D-El Monte, will leave a vacancy in the House of Representatives when she takes a position as Secretary of Labor in President Elect Barack Obama’s cabinet.

“Today I am announcing my intent to run for the seat representing the 32nd Congressional District, parts of which I have represented for the past 23 years,” Chu said in a written statement.

“In the past few days I have received many encouraging calls and e-mails from supporters and constituents urging me to run and I have decided to heed those calls,” she said

Monterey Park is hoping that four new developments can fill a retail void in the city. But in the meantime, the city is being sued by its existing business owners, Amanda Baumfeld reports.