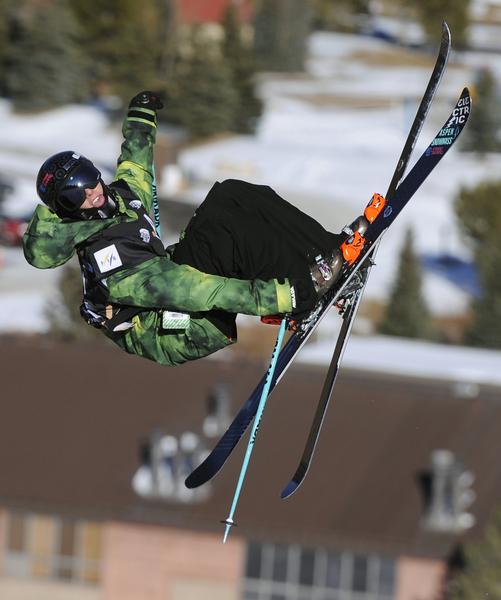 Watch for combinations of double-corks in the pipe as last year’s X Games gold medalist David Wise and this year’s Dew Tour champion Justin Dorey battle with Yater-Wallace and Ferreira as the only skiers with both-way double cork tricks.

Meanwhile, Hall and Dumont hope to ignite the decade-long rivalry that defined pipe skiing in its nascent years. The duo likely won’t be spinning like the kids, but watch their first hits eclipse all others in amplitude.

Hall, in an interview with The Denver Post last month, said he won’t be throwing any double-flipping 12s, but he still can be competitive.

“I’ve got a good run in my head, and it will contend with those back-to-back 12s, for sure,” said Hall, who is staging a pipe comeback after sitting out four years with injuries. It was a span that spawned a new generation of pipe tricksters.

“You have to take it in short strides compared to these 16-, 17 year-old kids these days,” Hall said.

Yater-Wallace said the presence of Dumont and Hall is inspiring.

“These guys are legends in the sports. They’ve been doing the X Games since I was pretty much in diapers,” he said. “The span of a career in this sport isn’t as long as other sports, but still, looking at Tanner and Simon, you can see it being longer. I mean, I could be competing 10 years from now. I could potentially still be in the X Games in 2025.”