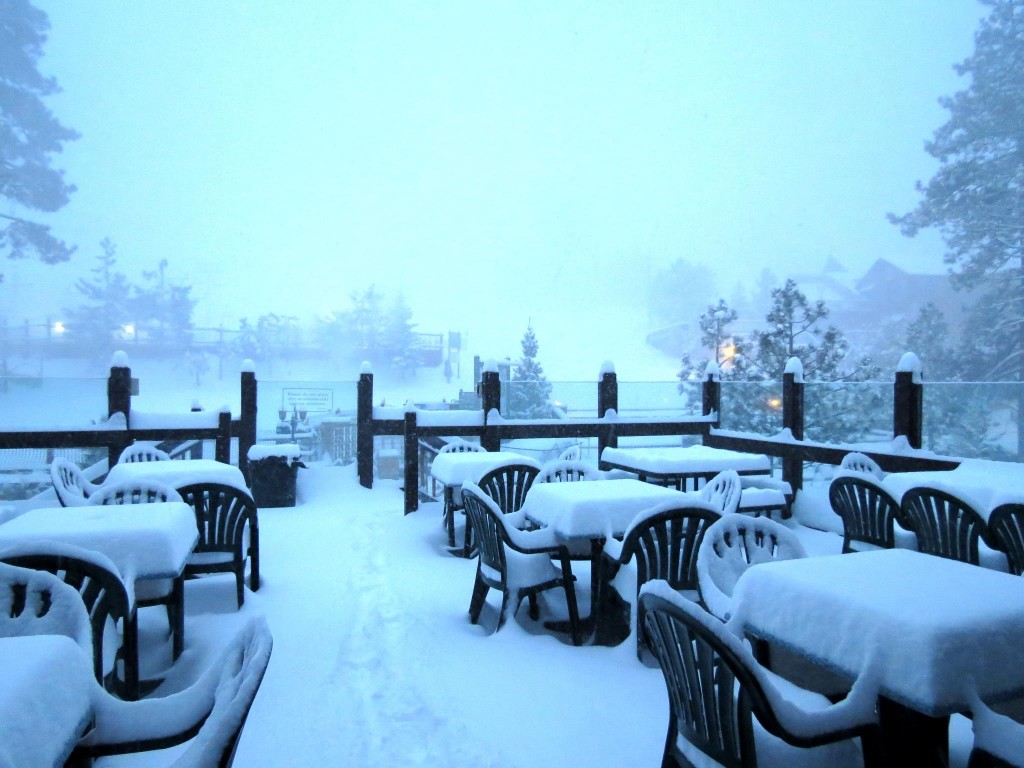 Snow Summit is a winter wonderland in March, thanks to productive cold-weather systems that went through Southern California on Thursday and this morning. This photo has attracted a lot of reaction since it was posted on Facebook earlier today. (Snow Summit photo)

Fresh powder days in March are rare in Southern California – especially ones with storms that leave behind more than a foot of snow – so it may not be surprising that social media is burning up today with the latest reports from Bear Mountain, Snow Summit and Mountain High.

The photo of snow-covered tables and chairs at Snow Summit (above) has received more than 950 “likes” and 139 “shares” since it was posted this morning. Because a photo really is worth a thousand words, many of the comments have been appropriately brief: “Wonderland!” (from Freddie Merz), “Yes!!!” (Kelsey Elizabeth Stern) and “Wooooo Hoooooo” (Snuggle Bear Cabin).

Others said they were on their way up the hill (presumably after they called the boss to say they suddenly came down with some “ailment”), or that they would be there during the weekend. 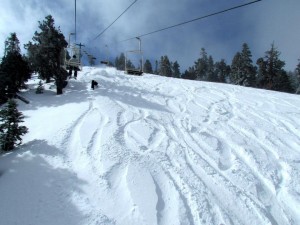 With 12-14 inches of new snow at Bear Mountain, it appears to be time for some fresh-powder runs at the resort. (Bear Mountain photo)

Snow Summit reported 12 to 14 inches of fresh powder in the last couple days – about the same amount that fell at the resort’s corporate sibling, Bear Mountain, where the photo on the right was taken. Since being posted on Facebook today at about 10 a.m., the shot has received nearly 400 “likes” and 25 “shares.”

Snow Summit is 100 percent open, and only Bow, Deer and Goldmine canyons are closed at Bear, according to information on their websites. Also, skiers and snowboarders should note that Snow Summit will be holding its final night session of the 2012-13 season on Saturday. 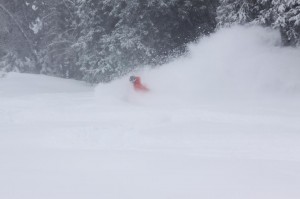 With fresh powder at Mountain High, the snow depth on the slopes is 12-24 inches. (Mountain High photo)

At Mountain High in Wrightwood, they’re also excited about the conditions after receiving 6 to 8 inches of new snow. “We love fresh pow,” said the Facebook entry that was posted with the action shot on the left. “Share this photo if you love new snow as much as we do!”

The last time we checked, 61 of the resort’s Facebook fans followed through on that request.