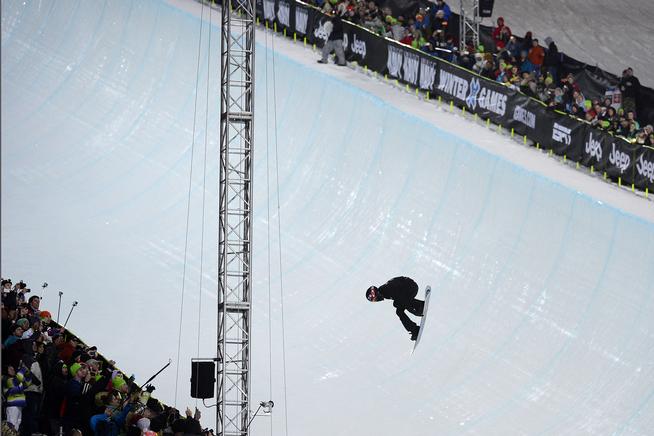 The X Games will remain in Aspen through 2019.

X Games owner ESPN and the Aspen Skiing Co. announced today a deal that would keep the winter carnival of now-Olympic athleticism at Aspen’s Buttermilk ski area for another five years. The X Games launches its 13th year in Aspen this week. By 2019, the Roaring Fork Valley will have hosted the iconic contest for 18 years.

“It’s amazing how X Games has seemingly become part of Aspen/Snowmass’ identity over the years,” said Aspen Skiing Co.’s John Rigney, who spent countless hours negotiating renewal contracts with ESPN in 2004, 2007, 2009, 2012 and 2013, in a statement released today. “There’s a rich cultural history here and we’re fortunate to host many world-class events, but I can’t think of a single event that resonates so well with kids and young adults as X Games does — and that’s a win for our resort, and more importantly the sports we love. Our community is proud to collaborate with ESPN and we look forward to five more great years together.”

Aspen beat out several other bidders to host the snowy bacchanal. Park City in Utah initially expressed interest but wanted the event to reschedule to April. Two Lake Tahoe ski areas in California — Squaw Valley and Heavenly — submitted a joint bid that would have separated X Games events into two venues across the lake. Whistler in British Columbia pondered hosting, but local officials demurred at the idea of flipping, racing snowmobiles, a lucrative staple of the X Games. Quebec City in Canada also submitted a bid.

But Aspen emerged as a clear favorite. The valley, populated with four ski resorts, provides an entire ski area — family-friendly Buttermilk — to ESPN for months as the network assembles the venue infrastructure and technical networks required for hosting the sprawling event. ESPN takes over an entire base-area hotel for several weeks while it prepares for the X Games and tears the venue down after the four-day, 200-athlete circus.

“For the last 13 years, Aspen/Snowmass has been a fantastic location for the Winter X Games and we’re excited about extending our stay in Aspen/Snowmass and continuing our great relationship with Aspen Skiing Company,” said Scott Guglielmino, senior vice president, programming and X Games, in the statement. “While the level of interest from other locations was excellent, the opportunity to continue our collaboration with Aspen Skiing Company proved the most promising for long-term growth and development of the event.”

The X Games draws about 120,000 visitors every January to Aspen, swelling the valley’s lodges and hotels to capacity and mirroring the valley’s New Year’s Eve and Labor Day holidays.

While the network and privately-owned ski area don’t discuss the economic impact of the X Games, Aspen’s city sales tax reports reveal healthy bumps in lodging, restaurant and bar spending during the X Games. But the cash is only part of the benefit.

ESPN’s splays snowy Aspen into more than 260 million homes in 200 countries, a marketing boon that is hard to quantify for a ski company that thrives on powder-hunting visitors.

ESPN in October last year nixed a global expansion of the X Games into Spain, France, Germany and Brazil a mere 18 months after launching the international plan. The network in 2012 trumpeted three-year contracts with Barcelona, Munich and Foz do Iguaçu, Brazil as well as continuing support for its European Winter X Games in Tignes, France. In October, the network killed those global events after only one event in each location.

The Summer X Games ended an 11-year run in Los Angeles last summer. The wildly popular summer contest will be held this June in Austin’s 1,500-acre Circuit of the Americas sports complex.